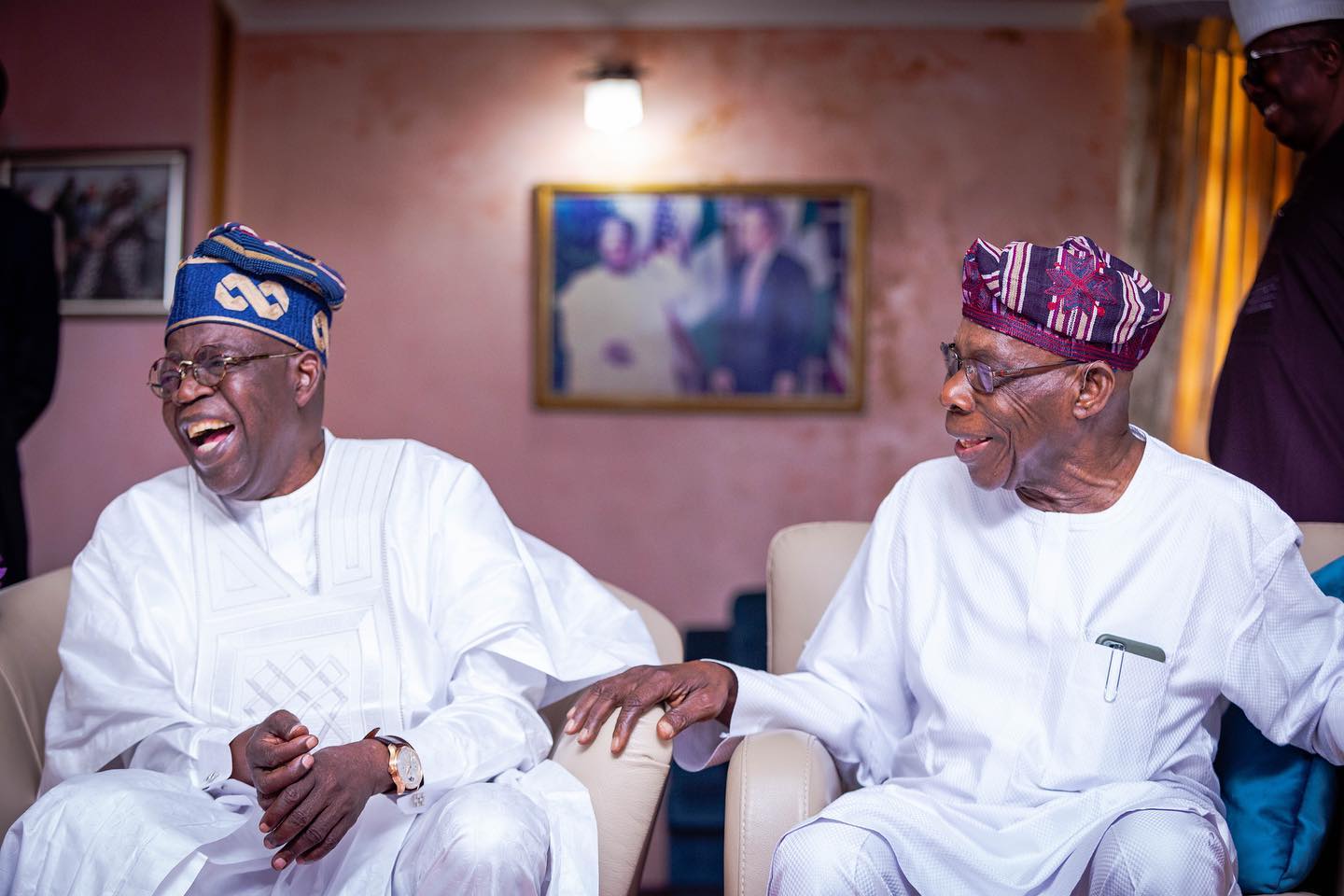 Tinubu, in company with his team, is meeting Obasanjo as part of his ongoing consultation and fence-mending process to actualize his presidential bid.

Tinubu was received by Governor Dapo Abiodun, his Deputy, Noimot Salako-Oyedele and former governors Olusegun Osoba, Gbenga Daniel and other APC bigwigs, who were already on the ground.

The former Lagos State governor immediately went straight into a closed door meeting with Obasanjo at the penthouse residence within the OOPL, in Tinubu’s entourage are House of Representatives Speaker, Femi Gbajabiamila, Chief Bisi Akande, Nuhu Ribadu among others.

The APC presidential candidate’s supporters had earlier thronged Obasanjo’s residence, turning it into campaign arena of some sort, recall that this is the third time Tinubu would be visiting Ogun over his presidential bid, In February, he met all the paramount rulers in the state.

On June 2, Tinubu, ahead of the party’s presidential primary, met with the APC delegates in Abeokuta, where he revealed the roles he played in enthroning President Buhari in 2015.

Obasanjo and Tinubu were known to be political foes, which dated back to their days as President and Lagos State Governor respectively, but in 2013, Tinubu threw the political rivalry behind him when he begged Obasanjo to be the APC’s navigator to the 2015 presidential election.

“You have come out of tribulation and held the highest position in this country. We are here because of your courage and salient points. Nobody can say he has more information than you,” Tinubu told Obasanjo in Abeokuta when he led APC bigwigs to meet the former President.

Buhari won that election, defeating incumbent President, Goodluck Jonathan, in what was a major upset in Nigeria’s political history, After Buhari won the election, Obasanjo and Tinubu went back into “trenches.”

The former Lagos governor’s visit today is to rally Obasanjo’s support for his presidential bid, our correspondent understands.

Obasanjo, who had vowed not to endorse any candidate in a hurry, has since kept his choice in the next election close to his chest.

Aside from meeting with Obasanjo, Tinubu is expected to address the APC members at the MKO Abiola Stadium, Kuto, Abeokuta.