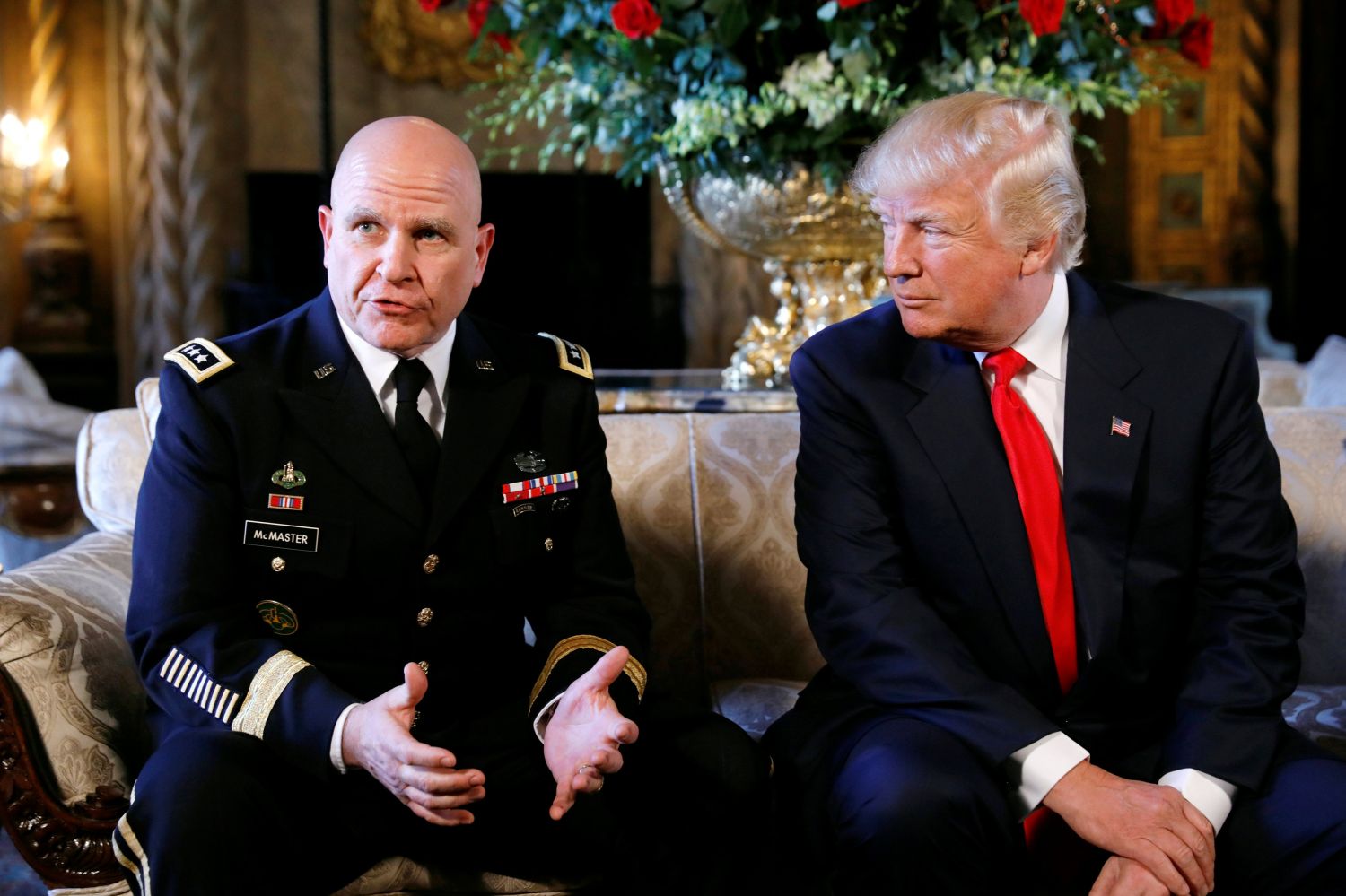 McMaster replaced Gen. Michael Flynn (rtd), who was forced to resign on Feb. 13  for withholding some information from Vice President Mike Pence about a call with Russia’s ambassador to the US.

Trump, who made the announcement at his Mar-a-Lago Palm Beach, Florida, where he had been interviewing candidates over the weekend to replace Flynn, described McMaster as “a man of tremendous talent and tremendous experience”.

He had also, before announcing the new adviser, tweeted: “Meeting with Generals at Mar-a-Lago in Florida. Very interesting!”.

“You’re going to do a great job,” Trump told McMaster as he made the announcement.”

The President also called McMaster “highly respected by everyone in the military, and we’re very honoured to have him”.

Trump also described the new adviser as “a man of tremendous talent and tremendous experience”.

Thanking Trump for the appointment that requires no Senate confirmation, McMaster told reporters that “I will just like to say what a privilege it is to be able to continue serving our nation.

“I’m grateful to you for that opportunity, and I look forward to joining the national security team and doing everything that I can to advance and protect the interests of the American people.”

Trump also announced that retired Lt.-Gen. Keith Kellogg, who acted in the capacity when Flynn was fired, would be McMaster’s Chief of Staff.

Kellogg thanked Trump and said it would “be an honour and privilege to serve” with McMaster.

The new adviser is the Director of the Army Capabilities Integration Centre, an internal think tank that looks at future threats and how to deal with them.