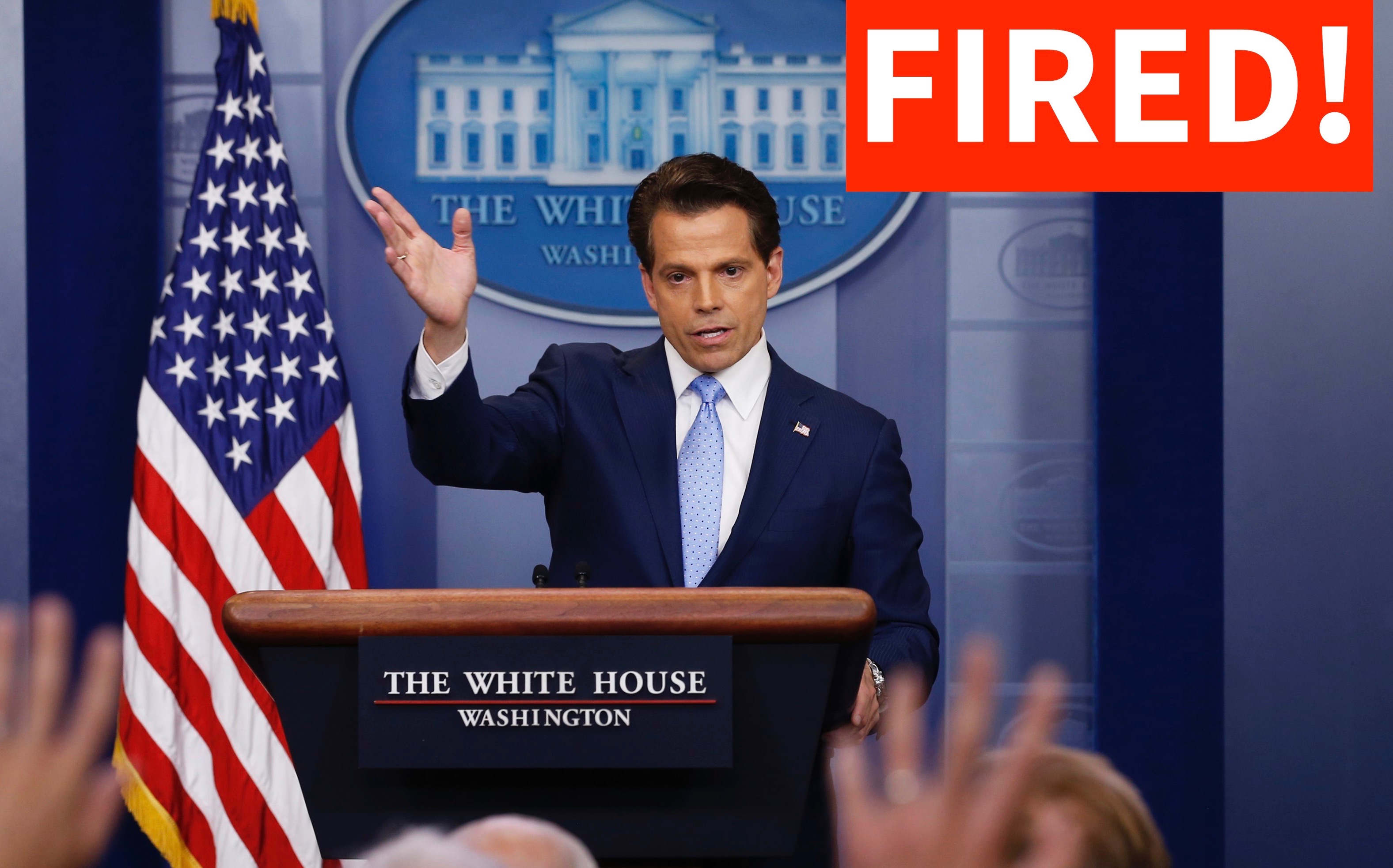 President Donald Trump has dismissed Anthony Scaramucci from the White House communications director post only 10 days after he was appointed, NBC News reports.

It comes just days after Scaramucci unloaded on former chief of staff Reince Priebus and White House advisor Steve Bannon in an expletive-laden rant to a New Yorker reporter.

“Anthony Scaramucci will be leaving his role as White House Communications Director,” press secretary Sarah Huckabee Sanders said in a statement. “Mr. Scaramucci felt it was best to give Chief of Staff John Kelly a clean slate and the ability to build his own team. We wish him all the best.”

Kelly, who was sworn in just Monday morning as the president’s chief of staff, requested Scaramucci’s removal, according to The New York Times, which first reported the move. The newspaper said that Scaramucci, who was an investment manager before taking the White House job, “boasted about reporting directly to the president not the chief of staff.”

Scaramucci was not officially set to start as communications director until August 15. He had made a variety of media appearances since his appointment, repeatedly pledging to crack down on leaks to media outlets and going after the former chief of staff Reince Priebus.

Before Trump picked him for communications director, Scaramucci had served as senior vice president and chief strategy officer at the Export-Import Bank.