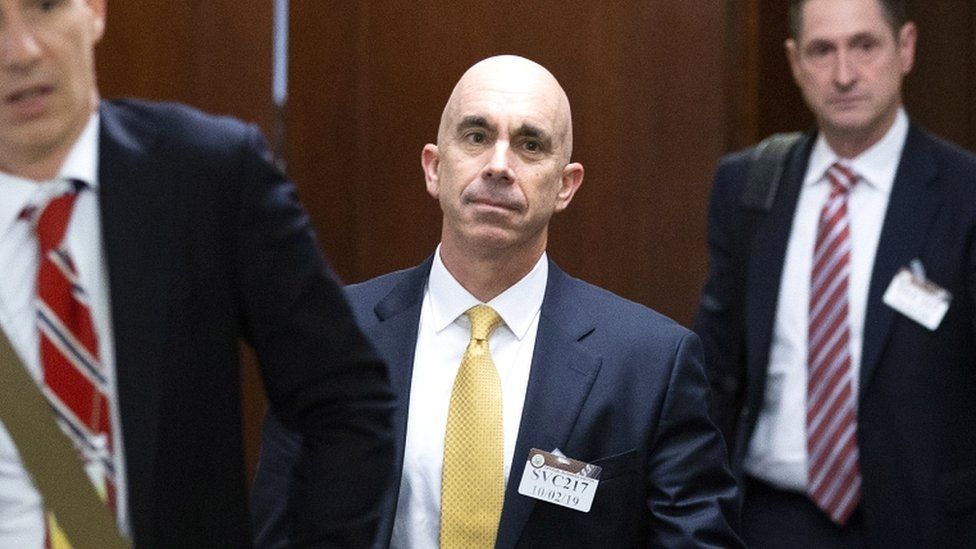 A government watchdog fired suddenly by Donald Trump was investigating Secretary of State Mike Pompeo, said a Democratic lawmaker who accused the president of committing a potentially illegal act of retribution.

The State Department confirmed the late Friday dismissal of Inspector General Steve Linick without giving a reason for his departure.

Eliot Engel, who heads the House Foreign Affairs Committee, said he had learned that Linick had opened an investigation into Pompeo.

“Mr. Linick’s firing amid such a probe strongly suggests that this is an unlawful act of retaliation,” the congressman said in a statement.

A Democratic congressional aide, speaking on condition of anonymity, said Linick was probing complaints that Pompeo misused a political appointee to perform personal tasks for himself and his wife.

Washington’s top diplomat has raised eyebrows for frequently traveling the world on his government plane with his wife Susan Pompeo, who has no official role.

Speaker Nancy Pelosi said Linick was “punished for honorably performing his duty to protect the Constitution and our national security.”

“The president must cease his pattern of reprisal and retaliation against the public servants who are working to keep Americans safe, particularly during this time of global emergency,” Pelosi said.

Linick, a longtime prosecutor, was appointed in 2013 by Trump’s predecessor Barack Obama to oversee the $70 billion juggernaut of US diplomacy.

A State Department spokesperson said the new inspector general will be Stephen Akard, a former aide to Vice President Mike Pence from his home state of Indiana.

Akard since last year has served as the head of the State Department’s Office of Foreign Missions, which handles relations with diplomats in the United States.

In this article:Donald Trump, Mike Pompeo