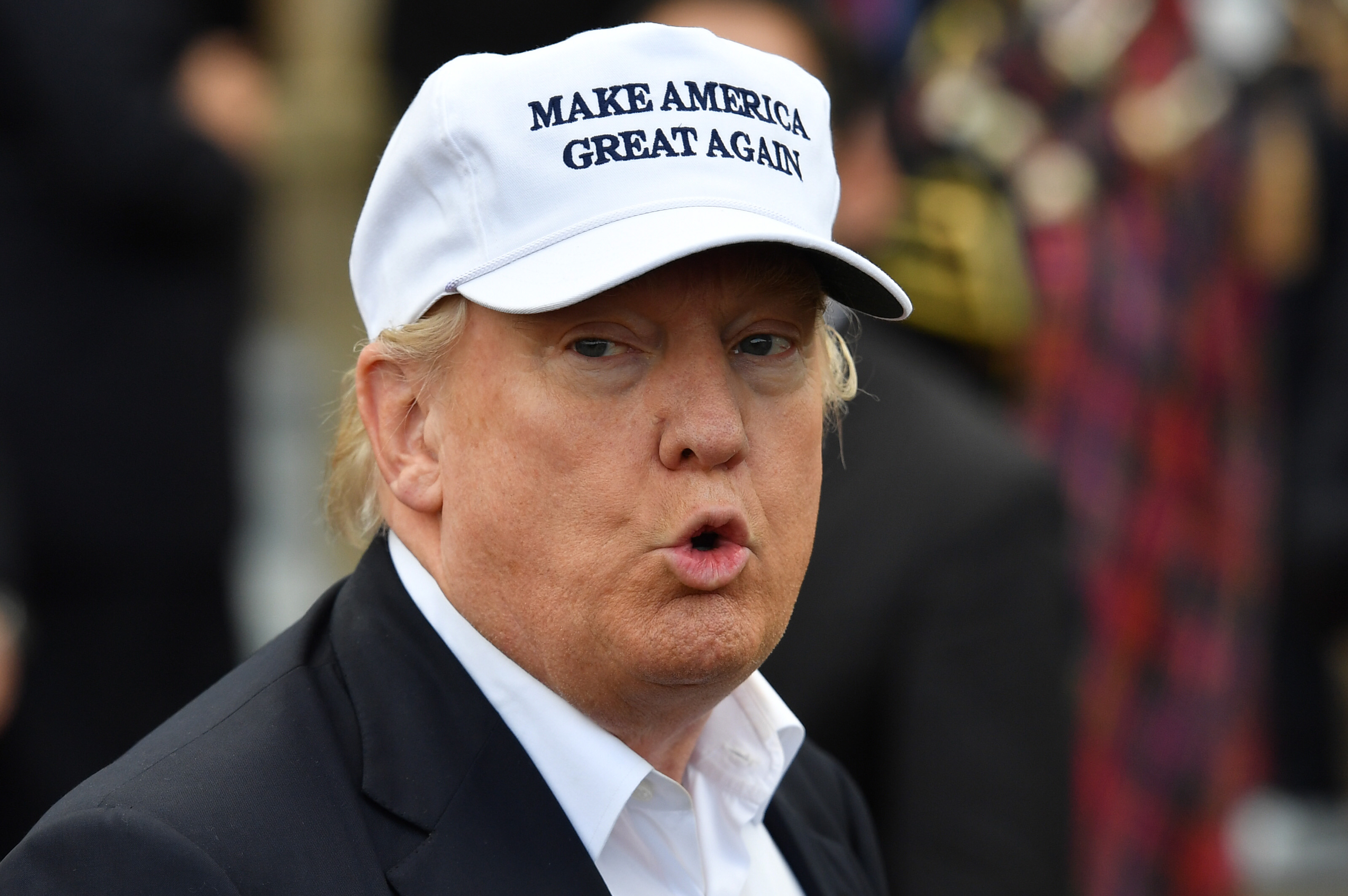 AYR, SCOTLAND - JUNE 24: Presumptive Republican nominee for US president Donald Trump arrives to his Trump Turnberry Resort on June 24, 2016 in Ayr, Scotland. Mr Trump arrived to officially open his golf resort which has undergone an eight month refurbishment as part of an investment thought to be worth in the region of two hundred million pounds. (Photo by Jeff J Mitchell/Getty Images)

President Donald Trump has tested negative for the novel coronavirus, his physician said, following concerns over his exposure to a disease that has paralyzed the globe.

Trump agreed to the test after coming in contact with several members of a Brazilian presidential delegation visiting his Florida resort who have since tested positive for the virus.

“This evening I received confirmation that the test is negative,” the president’s physician Sean Conley said in a Saturday memo.

Trump, 73, had dismissed concerns over his exposure to the disease which has killed at least 51 Americans and upended the rhythm of daily life across the country, with millions working from home and schools shut.

New York, the most populous US city, saw its first coronavirus death on Saturday, as store shelves were stripped bare after days of panic buying.

Across the Hudson River in Teaneck, New Jersey, Mayor Mohammed Hameeduddin called for a citywide self-quarantine after 18 cases were confirmed in the township.

Vice President Mike Pence announced further curbs on travel to the United States, saying a ban imposed on European nations over the pandemic would be extended to the United Kingdom and Ireland Tuesday.

The restrictions threw airports across the country into disarray, with incoming travelers forced to wait hours for medical screenings before passing through customs.

“The federal government needs to get its s@#t together. NOW,” he tweeted.

“If you don’t have to travel, I wouldn’t do it,” Trump said at a White House news conference. “We want this thing to end.”

In an official proclamation, he also named Sunday a national day of prayer “for all people who have been affected by the coronavirus pandemic.”

Trump declared a national emergency on Friday, freeing up some $40 billion in disaster relief funds.

The US House of Representatives also passed a bill — crafted by Democrats in consultation with the Trump administration — to provide billions of dollars for free virus testing, emergency paid sick leave and family leave. It is expected to pass the Republican-majority Senate.