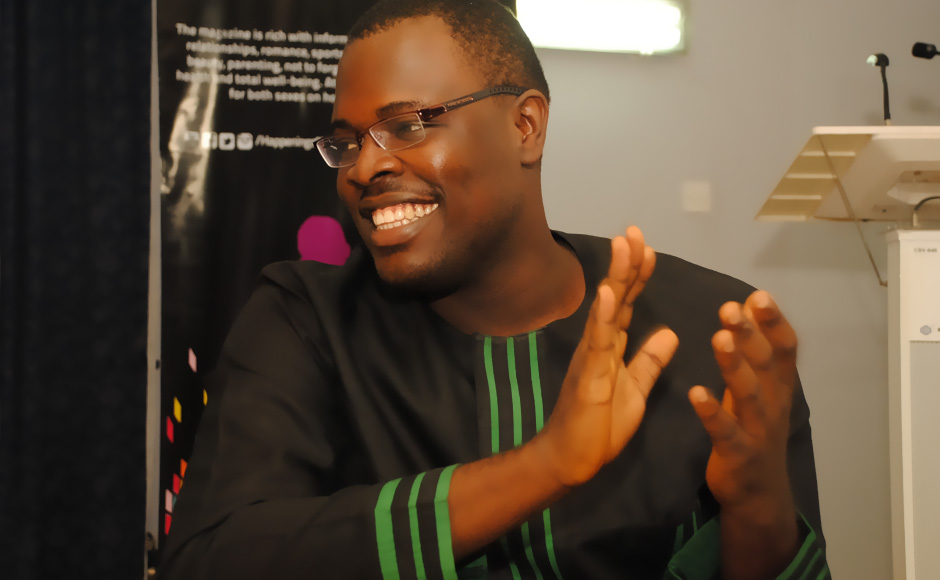 The publisher of YNaija, Chude Jideonwo has come under intense social media attacks for professing in 2015 that God revealed to him that President Buhari “will change Nigeria”, only to shift grounds in 2017 barely two years into the Buhari presidency.

A recirculated 2015 article by Mr. Jideonwo, and a new one published Tuesday where he tried to advance reasons why youths are voting for old men, which coincided with nationwide protests against the Buhari government sent hundreds of social media users into a fury, with most directing vitriolic jeers at him.

Mr. Jideonwo, 31, had disclosed details of his epiphany in an article published May 30, 2015 when Mr. Buhari’s inauguration was being celebrated across the country.

He started the article with a recollection of how his public communication firm, StateCraft Inc., supervised Mr. Buhari and the All Progressives Congress’ media strategy during the campaign.

He described the electioneering as the “most emotional” in his life during which he and his associates had “sleepless night” devising strategies for the APC.

But the part that attracted his attackers was Mr. Jideonwo’s anecdote of how his support for Mr. Buhari and the APC was largely a matter of personal and spiritual move rather than strictly business.

“One day, as we prayed, in an office on the Lagos Island, I was so overwhelmed with despair I fell down on the floor and began to speak in frenzied tongues, tears streaming from my face, banging furiously on the cabinet in front me.

“My heart was desperate; just desperate for something to give way.

“I didn’t know my friend, Kola, had the gift to interprete (sic) tongues. But then he began to interpret what I was saying. And it frightened me, because he was absolutely right.

“He captured the fears in my heart, and the requests I was making. He said, paraphrased, ‘God says He will change Nigeria. It looks like it won’t happen, but He will do a new thing and it will spring forth. We won’t understand how He will do it, but He will,” Mr. Jideonwo wrote at the time.

“The best spin on this article is that it exposes the dangerous naivete of young Nigerian social media influencers,” Onye Nkuzi, who tweets under the handle @cchukudebelu, said.

@nigeriasbest, one of the handles that recirculated the link to the 2015 article on Twitter said; “Of all the reasons I’ve heard for supporting Buhari, I never knew there was one that involved speaking in tongues and interpretation of tongues.”

He also accused Mr. Chude of pretending to be an advocate of youth development in Africa when, in actual fact, he had been sucking up to politicians for financial gains.

“You can’t collect large sums of money from corrupt politicians for image laundering; then promote yourself as the ‘turning point generation,’” Onye Nkuzi said in an apparent reference to Mr. Jideonwo’s 2014 book titled: ‘Are We The Turning Point Generation?: How Africa’s Youth Can Drive Its Urgently Needed Revolution.’

As the attacks raged, Mr. Jideonwo shared on Twitter the new article in which he appeared to decry and also defend the emergence of old and archaic leaders in recent elections from Africa to America.

Premium Times reports that Mr. Jideonwo said the piece actually “defended the emergence of older people in recent elections and noted that it is inevitable for now, until the youth get resources”.

But critics saw the piece as not only hypocritical but an attempt by Mr. Jideonwo to strategically reposition himself as the face of the younger generation for financial gains ahead of 2019 elections.

Describing the allegations as “senseless,” Mr. Jideonwo told Premium Times, “I am disappointed in the way things have turned out since this government came to power, but I have no regrets for subscribing to the change message in 2015.”

Mr. Jideonwo said although he usually separates professional activities of his firm from his own choices, in 2015, the “interests collided.”

“What we usually do is to take clients that meet our company’s values and keep our personal interests out,” Mr. Jideonwo said while declining to comment on the “speaking in tongues” controversy. “But with the Buhari and change message, the interests collided.”

The article, which has since received several rejoinders only exposed Mr. Jideonwo to further attacks on Twitter.

In the midst of the attacks, Twitter user @Omojuwa weighed in, tweeting; “I blame Chude. He made GEJ weak & clueless. He made Buhari run, forced APC to give him the ticket, forced 15.4 million Nigerians to vote him.”

Meanwhile, within a short space of two days, on Thursday, February 9th, 2017, Mr. Jideonwo fired another article, this time in support of the EiE Nigeria #IStandWithNigeria protests in Lagos and Abuja, claiming that the protests signal a new era of accountability.

Mr. Jideonwo, a member of the Board of EiE Nigeria only resigned his position on the board shortly before the 2015 presidential elections, paving way for his consultancy work with the Buhari campaign.

This second article in two days was again greeted with attacks as seen from Twitter users below:

@Chude is a paid fraud and sycophant, a mercenary for sale to the highest bidder in politics. He does not speak for self-thinking Nigerians. https://t.co/G40LoCc7Ti

@CNNAfrica @Chude is the reason we are protesting in the first place. He helped enthrone a tyrant without school cert.

@Chude you have no influence but maybe your paymasters do. Go develop yourself if you want to make impact. What you are doing just ain’t it

In all the ensuing backlash, a Twitter user Ayokunle Odekunle, rose in defence of Mr. Jideonwo.

Mr. Odekunle said Mr. Jideonwo should not be blamed for his legitimate business hustle.

“I am going to get a mouthwatering brief from Buhari’s family and I’ll turn it down because I don’t like Buhari abi,” Mr. Odekunle said. “It is business, not personal.”

“Some briefs are too good to turn down. If not for the money but for boosting your company’s profile. These briefs come once in years,” Mr. Odekunle added.