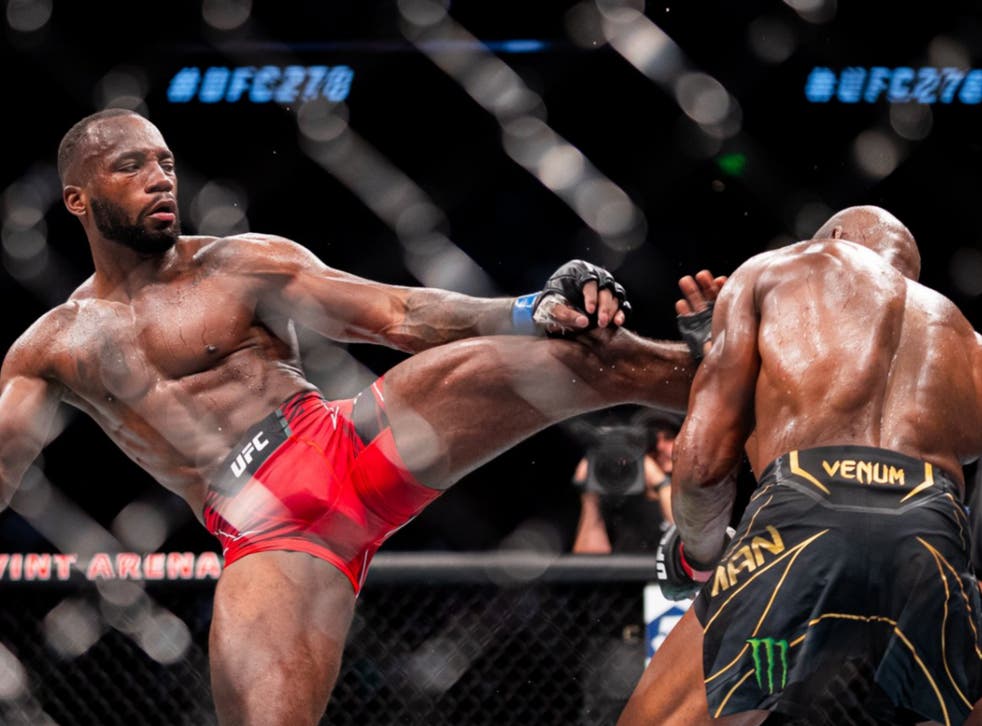 Seven years ago, Usman outpointed Edwards as part of what became a 19-fight win streak for the ‘Nigerian Nightmare’, earning him the title of UFC’s pound-for-pound king.

Edwards also came into this on an undefeated streak, winning nine bouts in a row, while patiently waiting for his first title shot.

The Jamaica-born Briton, however, avenged his loss to Usman in 2015, leaving Utah as welterweight champion after landing a vicious kick that sent Usman sprawling to the canvas with just seconds left of their five-bout clash.

The fight started with both fighters throwing caution to the wind and a confident Usman landing solid blows on Edwards’ face and sides. The Brit countered and locked Usman down getting his own clean hits in.

In the subsequent rounds, Usman kept his feet on the ground as an ankle injury hampered his movement, but he was still able to land some solid punches on Edwards.

The fight wasn’t close as the fourth round ended with Usman winning 3-1 and only needed to avoid a knockout to retain his title and match MMA Greatest of All Time Anderson Silva with six successive title defences.

However, in round five, the unlikely happened as the Brit feinted and tricked Usman, using the opening to land a solid left kick on Usman’s head, which sent the ‘Nigerian Nightmare’ to an early rest.

“It doesn’t matter. From the trenches. I’m built like this. I go until the final bell. Pound-for-pound, head shot, dead.

“I told you we could win a belt from the UK, now look at me. There is no pound-for-pound, the belt belongs to nobody.

“I told you, mum, I’d change our lives. World champion, world champion, look at me now. I was born in Jamaica with nothing. I lived in a wood shack with a zinc roof.”