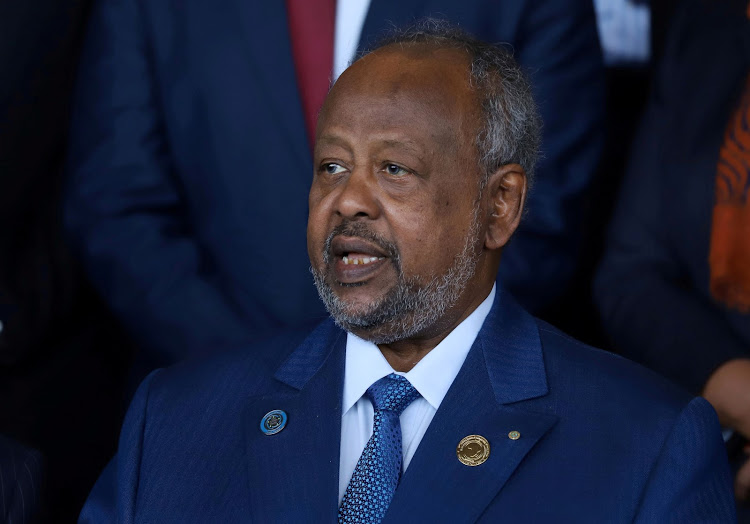 Djibouti’s veteran ruler Ismail Omar Guelleh was re-elected for a fifth term as president with more than 98 percent of the vote, according to provisional results announced early Saturday, after the election in the tiny but strategically important country was boycotted by the main opposition.

Around 215,000 citizens were registered to vote in the ballot pitting Guelleh, 73, against a little-known businessman widely seen as posing scant threat to the strongman, who has been in power since 1999.

Counting started shortly after polling stations closed around 7:00 pm in the Horn of Africa nation, which overlooks one of the world’s busiest trade routes at the crossroads between Africa and the Arabian Peninsula.

Independent election observers said the process went smoothly, with no reports of misconduct.

Earlier, after voting in the capital where most of Djibouti’s one million people reside, Guelleh praised the trouble-free conduct of the electoral exercise.

Dressed in immaculate white traditional robes, he said he was “very, very confident” of victory, after placing his vote in a transparent ballot box.

– ‘My vote is useless’ –
Guelleh was the handpicked successor to his relative Hassan Gouled Aptidon, the country’s first president after independence from France in 1977.

Farah, a 56-year-old cleaning products importer, ended up with under 5,000 votes, according to the provisional results.

Farah cast doubt on the transparency of the voting process, saying his delegates were not present at polling stations.

“My vote is of no use, nor are the votes of 80 percent of the Djiboutian people,” the opposition candidate told AFP in a text message.

Ahmed Tidiane Souare, the head of an African Union (AU) observer mission, said all candidates were free to send their officials to any polling station.

Farah, who had styled himself as the “flag bearer of poor Djiboutians”, had alleged unfair treatment during the election campaign, including that he was not provided security at his rallies.

Guelleh, and his extended family, have controlled Djibouti with an iron fist since he was handed power. A rare wave of opposition protests in 2020 were brutally suppressed.

His predicted fifth term will be his last, under a 2010 constitutional reform that scrapped term limits while introducing an age limit of 75, which would lock him out of future elections.

Guelleh has clinched at least 75 percent of the vote in every presidential election he has contested.

“I am with President Ismail. I voted for him, I love him,” said 64-year-old Ahmed Abdillah Hadi after casting his ballot.

The vote proceeded despite a surge in Covid-19 cases and infection rates, and few wore face masks as they cheered Guelleh at a crowded final rally this week.

– Stable and strategic –
Under Guelleh, the country has exploited its geographical advantage, investing heavily in ports and logistics infrastructure.

In 2018, seeking to become a trade and logistics hub, the country launched the first phase of what will be Africa’s biggest free-trade zone, financed by China.

Flanked by Somalia and opposite Yemen, Djibouti has remained stable in a volatile neighbourhood, drawing foreign military powers such as former colonial ruler France, the United States and China to establish bases there.

But the country has also seen an erosion of press freedom and a crackdown on dissent as it has courted foreign interest.

The country’s economy shrank by one percent in 2020, but is expected to grow seven percent this year, according to the International Monetary Fund.

Djibouti’s GDP per capita income is about $3,500, higher than much of sub-Saharan Africa, but around 20 percent of the population lives in extreme poverty and 26 percent are unemployed, according to the World Bank.