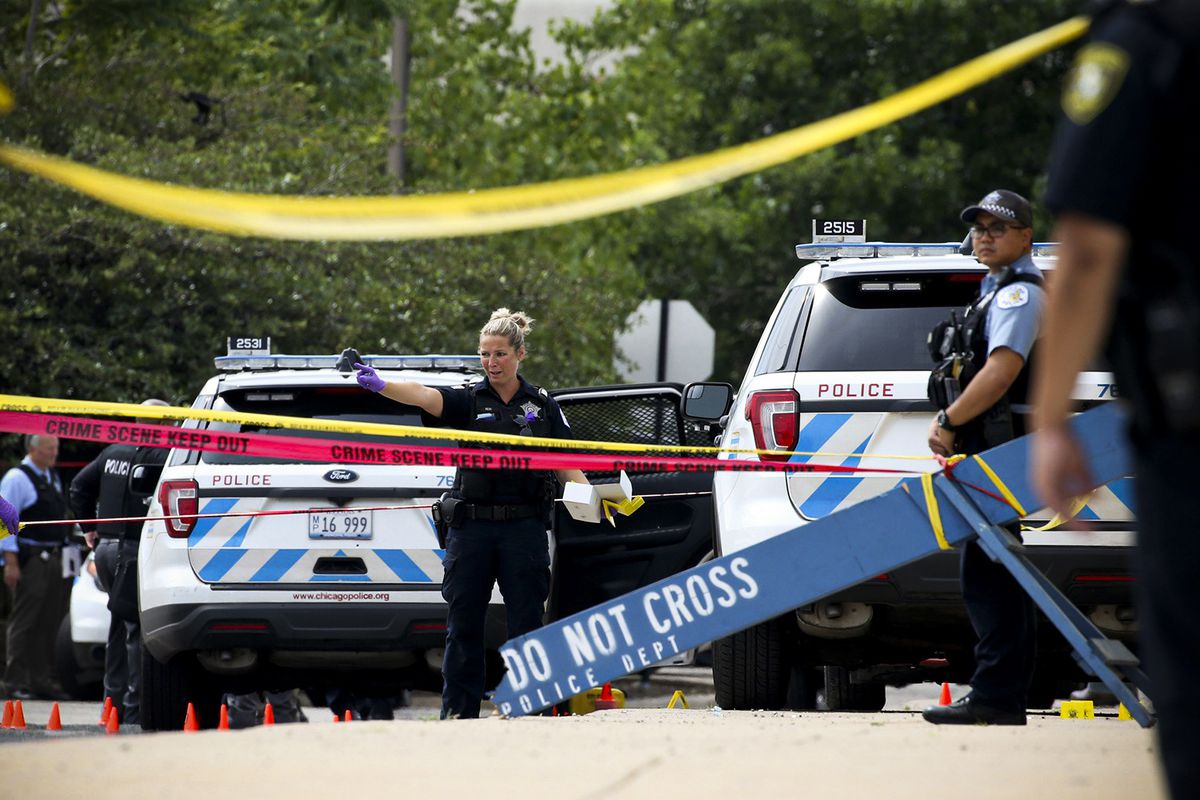 A five-year-old child was shot and killed in Minnesota by a teen who was filming a social-media video with friends, police said.

The shooting happened Thursday on what normally is a festive Thanksgiving Day, but which also saw another five-year-old die in a gun incident near Atlanta, while a man in a Philadelphia suburb died when struck by a stray bullet during Thanksgiving dinner.

In the Minnesota incident, the five-year-old boy was in a house where several teens were making a video, police said in a Facebook post.

When a 13-year-old fired a gun, the young child was struck and killed.

Police in the Brooklyn Park suburb said their initial investigation found the shooting to be accidental but added that the 13-year-old had been arrested and was being held at a juvenile detention center.

Neither the victim nor the teen was identified.

Separately, another five-year-old died in a shooting accident in the Atlanta suburb of South Fulton.

Family members told ABC affiliate WSB-TV that the young girl, identified as Khalis Eberhart, hit a gun sitting on a chair and it went off.

Neighbors said her father ran with her in his arms to arriving paramedics. Khalis, who was described as “a very smart girl,” was taken to hospital, but later died.

And in the third incident, police said 25-year-old Edilberto Pelaez Moctezuma was having Thanksgiving dinner with his family when a stray bullet struck him, NBC reported.

Police said Kevon Clarke, 19, has been charged with murder. They said he had been involved in a dispute after he and his girlfriend were asked to leave a nearby house.

The deaths were among at least 36 by gunfire on Thanksgiving Day, according to the Gun Violence Archive website.

Gun violence and homicides have soared in the US during the pandemic, making last year the deadliest in decades, with this year set to break that pace.

Through the first five months of this year, about 54 people have died in gun violence every day, according to a Washington Post analysis. That was up from an average of 40 per day during the corresponding period of the previous six years.

In this article:US, Video-Making Teenager