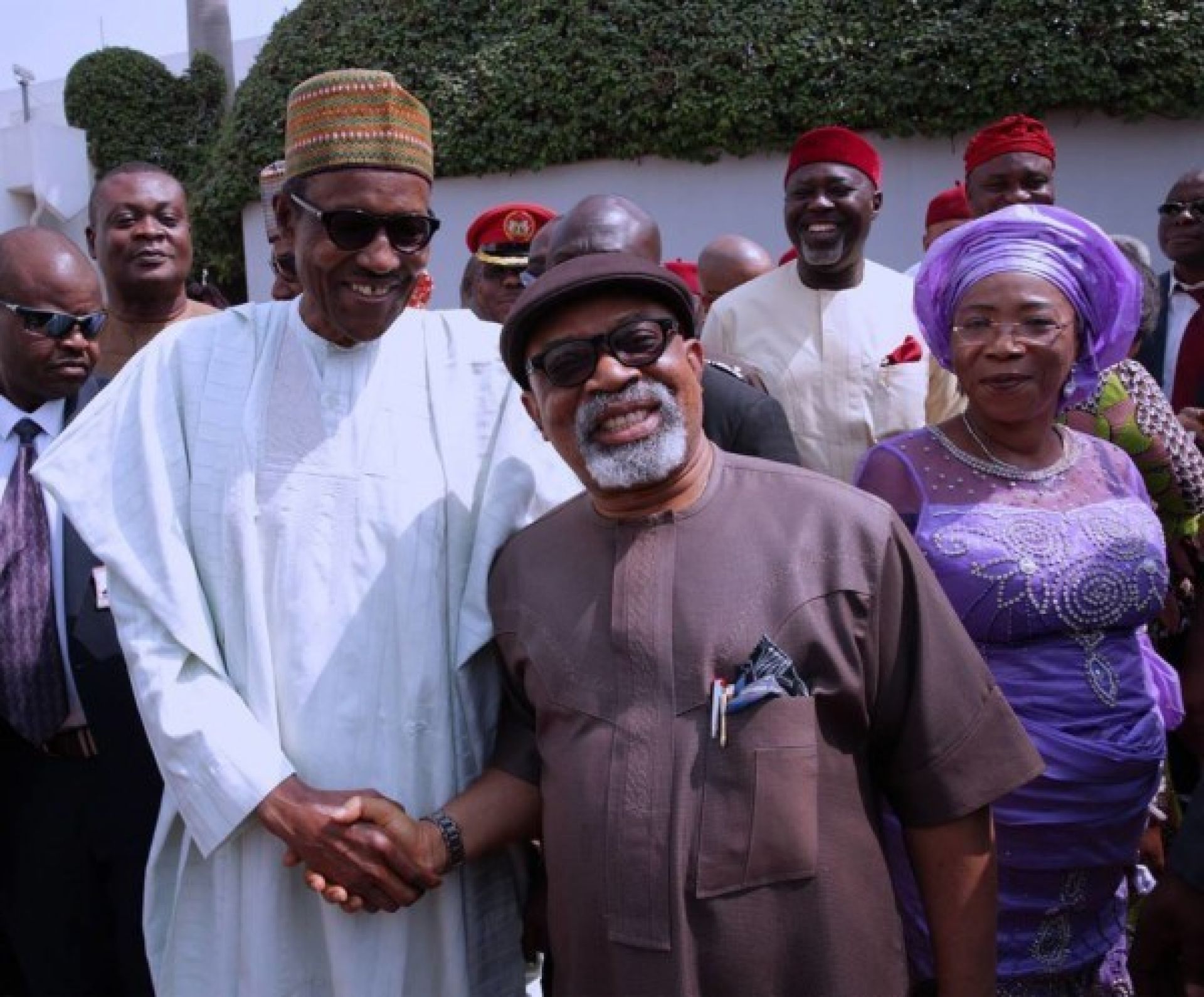 Minister of Labour and Employment, Dr Chris Ngige, has said some influential Nigerians are not happy with President Muhammadu Buhari because they are not getting free money like in the past.

He said the aggrieved persons were those opposing second term bid of the President against the interest of the masses.

He also said the choice of Peter Obi from the South-East as the running mate of the Peoples Democratic Party’s presidential candidate, Alhaji Atiku Abubakar, would have no influence in the region during the general elections.

Speaking with journalists in Abuja, Ngige alleged that voting did not take place substantially in 2015 in the South-East and South-Soutj as votes were allegedly allotted.

He said, “Yes the PDP has a vice presidential candidate from my zone (South East) and I can tell you that it won’t be easy for them. Winning of election is all about calculation and strategic positioning and measured steps towards a direction.

“Even if they want to allocate, they can’t do it now because they are not in charge of police and army like that time. They took police, army, navy everything and armoured tank and drove us away, in fact they put a price on my head.

“This time, it won’t happen; people will go and cast votes and whatever is cast is what we will announce. We are not interested in rigging or chasing people about with armoured tank.”

On why some of the elite are not supporting the President, Ngige said, “They want the money that has been trapped by the Treasury Single Account to be pushed down again on the table for them to start taking. That one is no longer possible.

Ngige boasted that Obi had no influence in the South East as believed.

“Peter Obi was my successor in Anambra state. I can tell you that those who are shouting that Obi is this and that are the elite, who are looking for one thing or the other and people who don’t believe that Muhammadu Buhari has done something good in their lives because they want money.

“Peter Obi wasn’t a wonderful governor as people expected him to be. I am the one to tell you because I know what I handed over to him. He is making noise that he handed money over to Obiano. I was the first to leave money; I left N3.8bn in the bank and I am not counting the bank shares we bought and dividend.

“I left a lot of infrastructural work done, federal roads of which he received close to N15bn as refunds after my tenure. I was the first person to hand over schools to the missionaries in Anambra state. I built more than 880 kilometres of roads. If you go there today you will see the roads I built 15 years ago they are still standing and most of them have no single potholes because I used first class contractors,” he added.