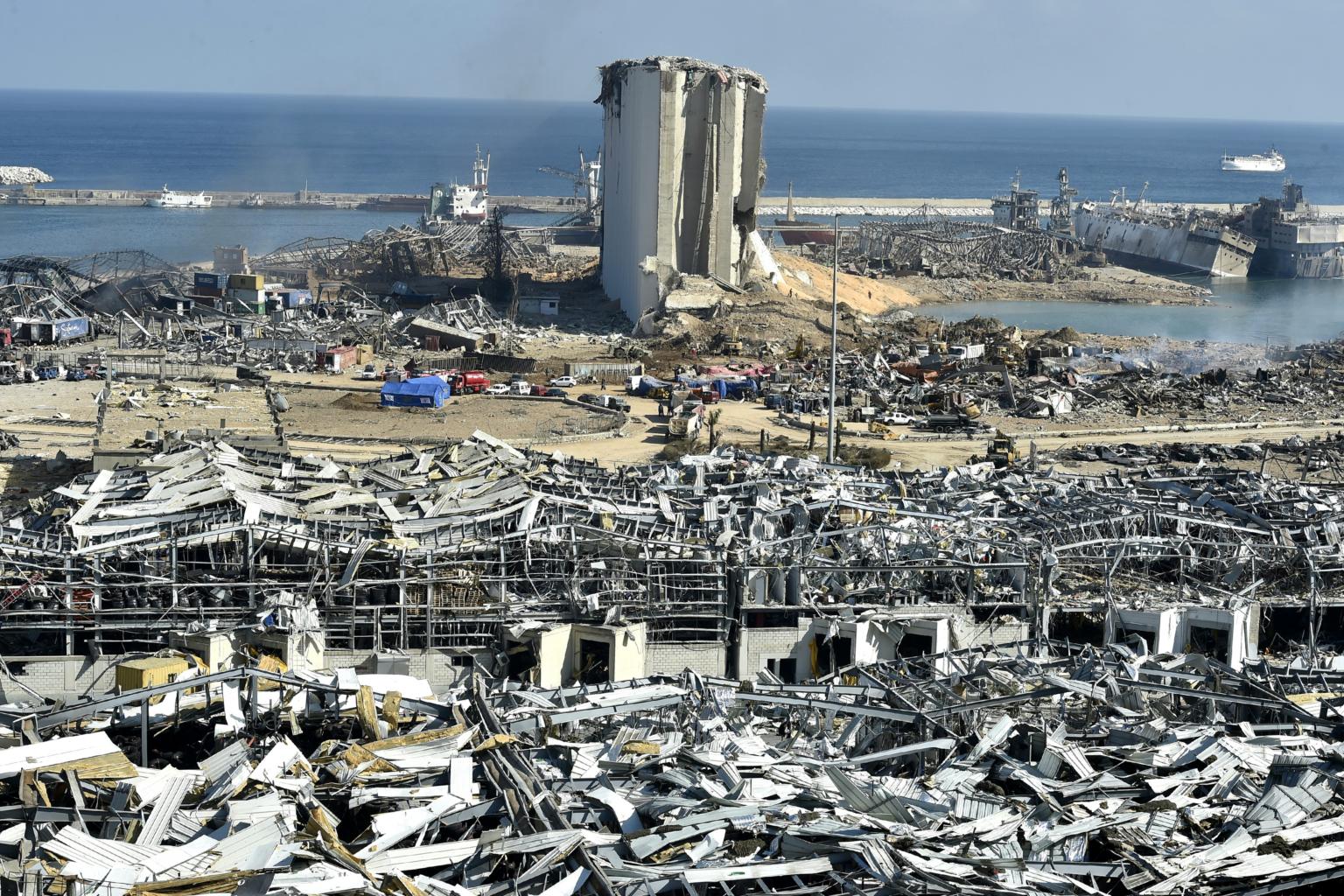 World leaders pledged to support Lebanon at an online donor conference co-hosted by France and the United Nations on Sunday, as clashes erupted for a second night in devastated Beirut.

The aim was to raise funds to help the country recover from the massive explosion at the port in Beirut on Tuesday that killed at least 158 people, wounded 6,000, displaced some 250,000 to 300,000 from their homes and inflicted massive destruction across the city.

More than 252.7 million euros (298 million dollars) in emergency aid was pledged, France said. Anger continued to boil in the Lebanese capital, where clashes erupted Sunday evening between police and protesters trying to approach the parliament building. Hundreds of protesters, their faces covered with masks in the colours of the Lebanese flag, hurled stones at iron fences and cement barriers blocking entrances to parliament. Police fired tear gas.

The Lebanese army issue a statement calling on all “non-peaceful” protesters who had gathered in areas of central Beirut to leave the street. The demonstrators, taking to the streets for the second straight day, are furious with the country’s ruling elite, demanding their ouster and blaming them for deep-rooted corruption as well as negligence that led to tragedy at the port.

On Saturday, several government buildings were stormed, including the ministries of foreign affairs, economy and energy. Hundreds of people were injured in the clashes and a police officer was killed. In the wake of the violence, Lebanese Information Minister Manal Abdel-Samad resigned.

“I apologize to all the Lebanese whom we were not able to fulfil their aspirations,” she said in a statement. “Change has become out of reach … and since the reality does not match the ambition and after the horror of the Beirut disaster, I submit my resignation from the government.”

The protests on Saturday prompted Diab to propose holding early elections. One day before the blast, Foreign Minister Nassif Hitti resigned in protest of the government’s poor performance. He warned that Lebanon, where an economic crisis has been building for months, was on the verge of becoming a “failed state.” The blast was caused in a warehouse housing some 2,750 tons of ammonium nitrate, according to the prime minister.

Questions have been raised about why authorities allowed the stockpile of potential explosives to linger for years near a major population centre. Several world leaders warned Lebanon that the aid being extended must be paired with the reforms being demanded by protesters and international institutions.

The head of the International Monetary Fund said urgent fiscal reforms were needed in order to be able to tap fully into relief funds. Kristalina Georgieva was critical of the “shortage of political will to adopt and implement meaningful reforms” to date. “We are ready to redouble our efforts. But we need unity of purpose in Lebanon we need all institutions to come together determined to carry out much-needed reforms,” Georgieva said.

On Twitter, the French president said Lebanon’s leaders must heed the calls of protesters. “It is up to the authorities of the country to act in such a way as to prevent Lebanon from falling, and to respond to the aspirations expressed by the Lebanese people in this very moment, legitimately, in the streets of Beirut,” Macron said.

The leaders said they would support efforts to conduct an independent and impartial investigation to determine exactly what caused the explosion. At the meeting, the European Commission pledged an additional 30 million euros (35 million dollars) on top of the 33 million euros it offered in the immediate aftermath.

The US earlier pledged 17 million dollars in disaster assistance. French President Emmanuel Macron is hosting the UAE leader in a bid to secure energy supplies from the oil-rich Gulf country as Europe prepares...