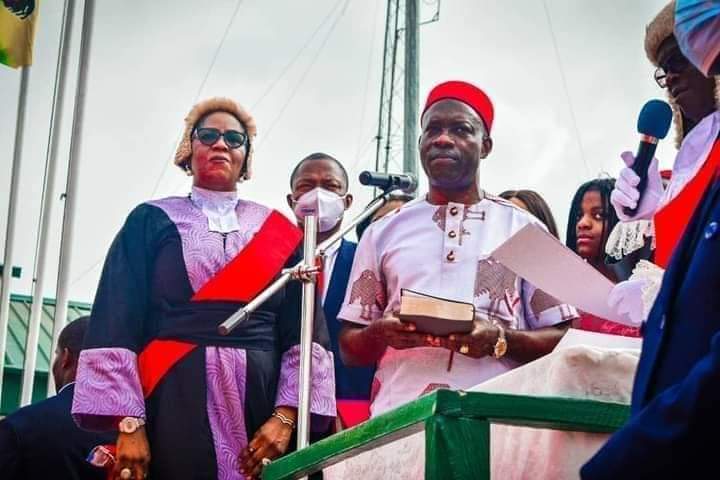 The Indigenous People of Biafra, IPOB, has warned the Governor of Anambra State, Charles Soludo against going after its members.

IPOB warned Soludo not to succumb to advice of arresting, imprisoning, and killing its members in the State.

Emma Powerful, spokesman of the separatist group, warned that such a step would mark the begining of Soludo’s failure as a governor.

Powerful also cautioned the new governor against repeating the same mistake his predecessor, Willie Obiano made while in power.

He, however, assured Soludo of IPOB’s cooperation and support.

The group was reacting to Soludo’s recent comment that he was willing to work with the group to tackle insecurity in the State.

According to Powerful: “Anambra State governor professor Charles C.Soludo in other to succeed must not take seriously those or anyone whether part of his government or not that will advice him to arrest, imprison, and kill IPOB family members in Anambra State because if he listen to those criminal political harlots, that will be the beginning of his failure as a governor.

“We, therefore, advise Soludo to remain focused on his vision and mission and shun distractions and bad advice from evil politicians. He should not repeat the mistakes of his predecessor Willie Obiano, who allowed himself to be used by Fulani people to persecute our people.

“They killed our people at Nkpor in 2016 during our annual remembrance of our fallen heroes and heroines who paid the ultimate price for our freedom between 1967 and 1970, yet the Governor never asked questions.

“IPOB is a peaceful movement working hard to restore Biafra independence. We will never give up on our agitation until we are given a date for referendum to decide our fate as a people.

“We are ready to work with anyone in Government who works for the interest and liberty of our people. Professor Charles Soludo is a seasoned technocrat, and an accomplished Igbo who should use his wealth of knowledge to develop our land. We are willing to support him as long as he will not turn to be a willing instrument in the hands of our oppressors to persecute our people, especially Biafra agitators. We wish him success in office.”

In this article:Charles Soludo, Emma Powerful, Indigenous People of Biafra