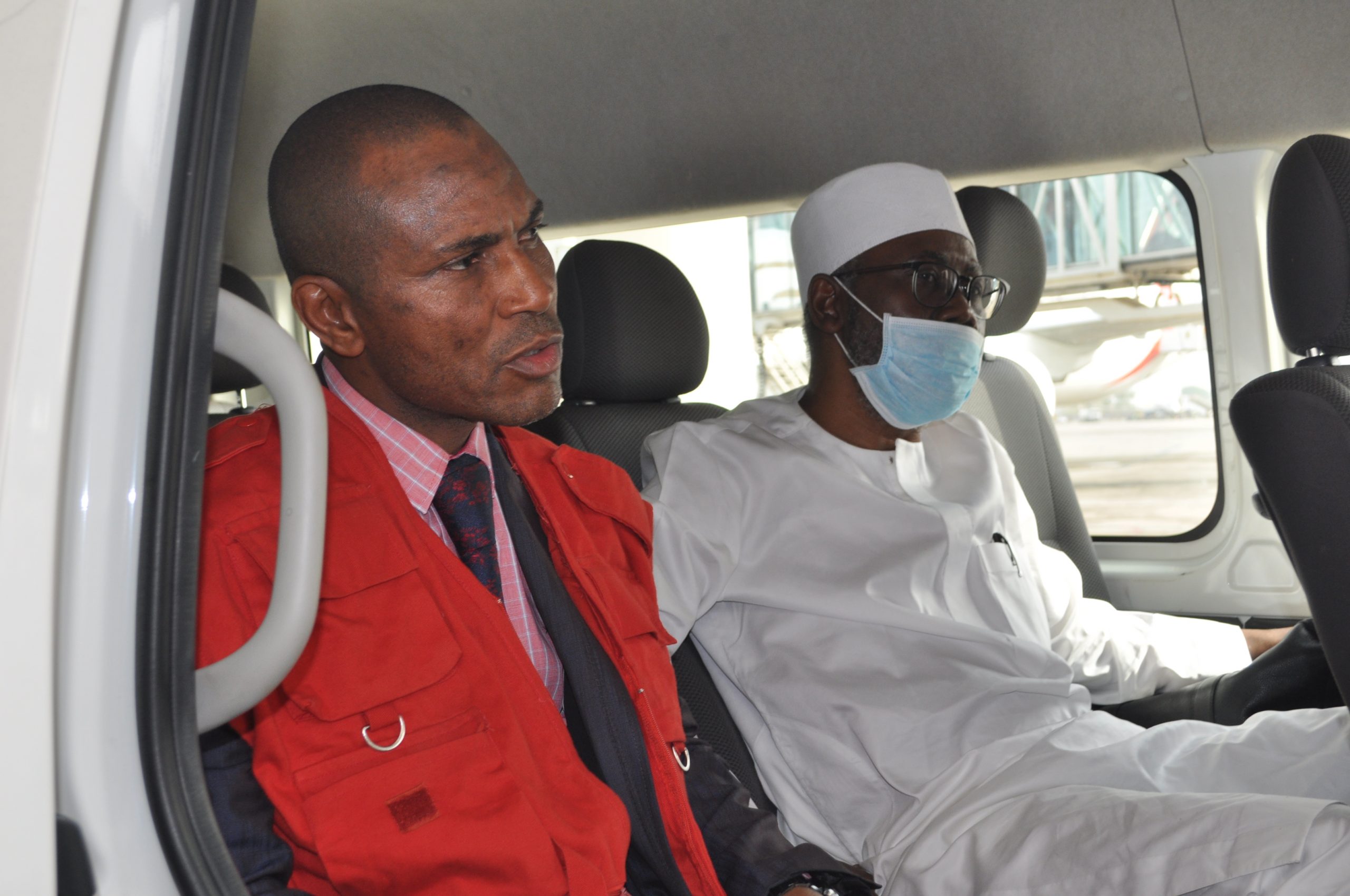 There were indications on Sunday that the bank accounts of former Attorney-General and Minister of Justice Mohammed Adoke are being screened by operatives probing his suspected involvement in the $1.06 billion Malabu Oil Block (OPL 245) deal.

The Nation reports that the former minister, who has been in custody since last Thursday when he returned to the country from Dubai, United Arab Emirates, has opted to pass data and documents relating to the deal to investigators.

His counsel Mike Ozekhome (SAN), however, said the EFCC detectives have “so far treated Adoke with humanity and dignity.”

The battle for Adoke’s bail might shift to the High Court of the Federal Capital Territory (FCT) on Monday.

Also, a former Minister of Petroleum Resources, Duazia Louya Etete (a.k.a. Dan Etete), is on the watch-list of the EFCC through the INTERPOL.

It was gathered that for about two hours at the weekend, detectives interrogated Adoke on the Malabu Oil Block agreement in the presence of his counsel.

A top source, who spoke in confidence, said: “After receiving medical treatment from the EFCC doctor, detectives debriefed Adoke orally.

“They raised many questions and took oral evidence ahead of his written statement beginning from tomorrow (Monday).

“He is expected to put his responses into a statement which will be tendered in court during his trial.

“Adoke requested to retrieve and present data and documents relating to the controversial oil block to the investigators.”

Sources confirmed that the commission was already screening his bank. It is unclear if the affected accounts had been blocked.

Ozekhome said on Sunday: “Yes, the EFCC had oral session with our client on Malabu Oil Block but he still had some strains and the interaction could not last longer. The EFCC medical doctor attended to him.

“I think so far, the EFCC has treated Adoke with humanity and dignity. This is encouraging.

“Adoke has always maintained his innocence on all the allegations against him and in the fullness of time, the truth will be known. Sheikh Usman Dan Fodio once said ‘conscience is an open wound, only the truth can heal it.’ We bank on facts and figures to prove Adoke’s case.

“But while investigation is in progress, Adoke needs to be taken to a better medical facility.”

It was learnt that Adoke’s counsel might file an application before Justice Danlami Senchi of Federal Capital Territory (FCT) High Court in Jabi, Abuja to “validate the vacation of bench warrant on Adoke and grant him bail.”

The same court has coordinate jurisdiction with that of Justice Othman Musa of the High Court of the Federal Capital Territory, Bwari.

A source said: “The battle for Adoke’s bail has now shifted to the two courts.”

The EFCC on Friday secured an order from Justice Musa to detain Adoke for 14 days.

This followed an ex-parte application by the Acting Chairman of EFCC, Mr. Ibrahim Magu, through a three-man legal team comprising Aisha A. T. Habib; Faruk Abdullahi and Fatima Mustapha.

The motion was brought “pursuant to Section 6(6) and 35 (1c) of the constitution of the Federal Republic of Nigeria 1999 (as amended).

The EFCC sought for an “order remanding the suspect (Adoke) in the custody of the EFCC for 14 days pending investigation.

Investigator revealed that a former Minister of Petroleum Resources, Duazia Louya Etete (a.k.a. Dan Etete) is also wanted by the EFCC because he is “rated as central to the Malabu Oil Block deal, especially the so-called Settlement Agreement.“

A source in EFCC said: “From our records, Justice Senchi in April granted the prayers of EFCC for a warrant of arrest against Dan Etete and Adoke.

“No court has either vacated or nullified the warrant of arrest in any manner whatsoever.

“Etete is already placed on INTERPOL watch-list by the EFCC. We want him arrested in any part of the world.

“This Malabu Oil Block deal has international dimensions to it. About $800 million was alleged to have been transferred to Etete.

“In Milan, two middlemen were convicted and some former and current Shell and Eni officials are also on trial.

“The value of the oil block was put at about $3.5 billion but through underhand deals, Nigeria only got about $209million Signature Bonus.

“Etete and others have a case to answer in Nigerian courts too.”