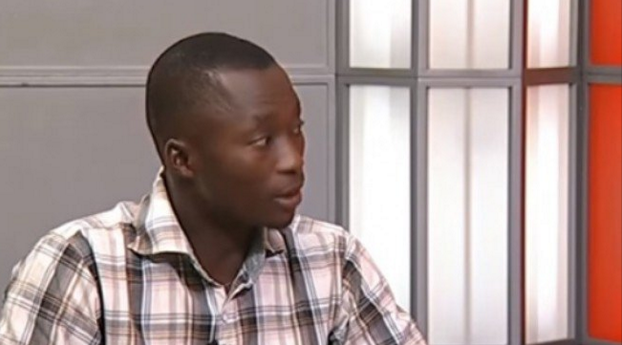 Amari Sunday, the young man who was tortured by some cadet officers in a video that recently went viral on social media, has narrated his ordeal in the hands of the cadet officers.

Amari says he was forced to compliment the female officer who led the assault. In the video, the officer was seen slapping Sunday repeatedly for saying she is beautiful. “Am I beautiful? How beautiful am I? Bastard! Idiot! Describe me, am I not like Beyonce? He said I’m beautiful, am I Angelina Jolie,” she had said.

Speaking on Sunrise Daily, a breakfast programme on Channels Television, Sunday appealed to the authorities to instill discipline into cadets, who he said were in the habit of punishing innocent people. He also revealed the location of the video as Abuja, contrary to the claim of the Defence Headquarters (DHQ) that it happened in Lagos.

After the report got to the media, the DHQ said it would probe the incident, claiming preliminary investigations showed it happened in Lagos.

“The attention of The Nigerian Defence Academy has been drawn to a trending video showing cadets beating some persons. Please note that NDA is investigating the incident. Preliminary investigation has confirmed the incident to have occurred in 2014 somewhere in Lagos while the cadets were on break,” the statement read. But Sunday, who disclosed that it happened on December 31, 2014, demanded for justice.

“We were attached to some police men and army officers, because of some terrorists that come around the area, so I thought maybe they (the cadets) were deployed to come around in case of any problem not knowing they had their own personal intention of coming,” he said.

“They came while I was at the reception; they passed by my right and they were beating one boy there. I couldn’t talk. One of them then said I should come. He gave me five seconds to come and meet him and he was in a far distance.

“He said they gave me the first opportunity of five seconds and I failed, three seconds and I also failed. So, before I could say sorry, they slapped me. I said ‘Sorry, please, can I identify myself?’ They said ‘what fucking identification?’ I said ‘please I work here, I am also a federal government staff’. They said it didn’t mean. How will I identify myself? They beat me again.

“So, when they began to slap me, the second lady also joined; they were two, so the two of them continued slapping me.

“She said she asked me a question and I couldn’t answer. And the question was: why did I fail to meet the other guy that called me within five seconds. And I said the distance was far and before I could run to him, the five seconds had gone. And he also sent me to come within three seconds and I couldn’t meet him. She now said I talked too much and slapped me again.