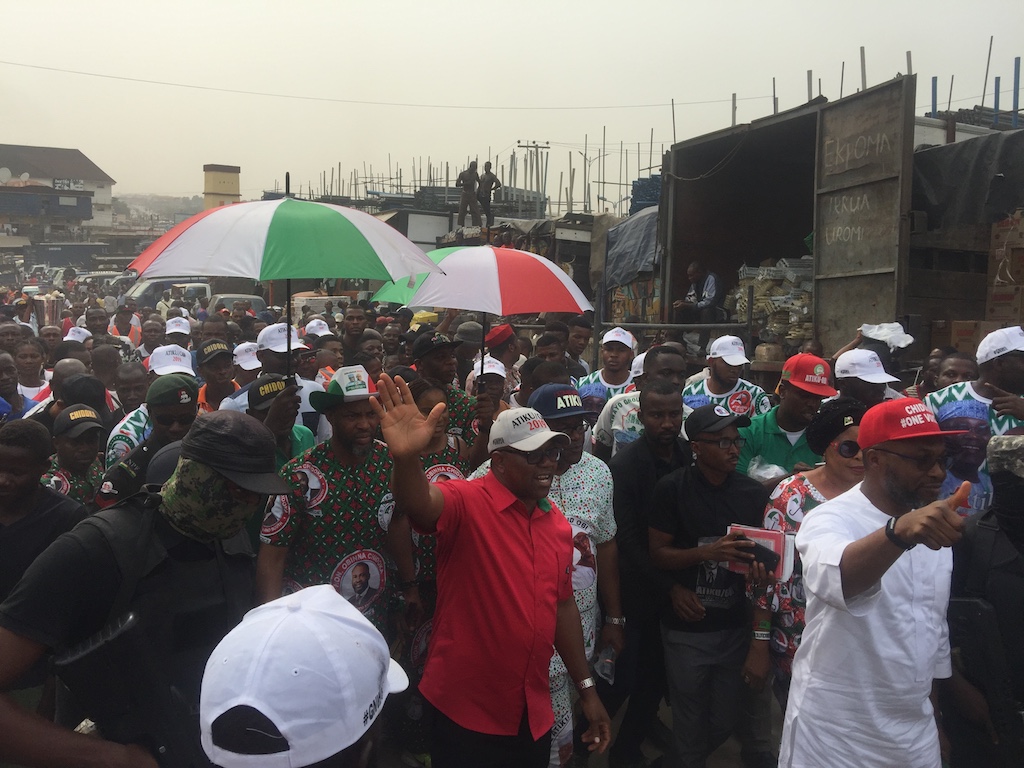 Traders in Anambra State spontaneously closed their shops today to catch the glimpse of Mr. Peter Obi on hearing that he was around. Mr. Peter Obi, the Vice Presidential candidate of the PDP had paid an unscheduled visit to some markets in the state.

In the markets, Obi who interacted with traders explained to them the reasons to vote in the PDP as resting on the need to stop the total collapse of the country as being witnessed presently. He also assured them that with Alhaji Abubakar Atiku as the president, the condition of traders would improve, with planned development of more Sea ports in the state. He also assured them that Atiku noted for wealth-creation in his private life will replicate the same if voted in.

On power infrastructure, which is a hindrance to the survival of Small and Medium Enterprises, Obi assured them that Atiku’s economic blueprint contained articulated steps to be taken for the revamping of the power sector in the country.

At the markets, the response by market leaders struck the same cord: that Obi being a fellow trader and having demonstrated superb leadership as the former Governor should be massively voted for in order to export his Anambra experience to the entire country.

Obi was accompanied by the PDP chieftain such as Osita Chidoka, Oseloka Obaze, Harry Oranezi, Alex Obiogbolu, among others. The Vice Presidential candidate of the PDP, Mr. Peter Obi, with other PDP members during the visit of some markets in the state yesterday.