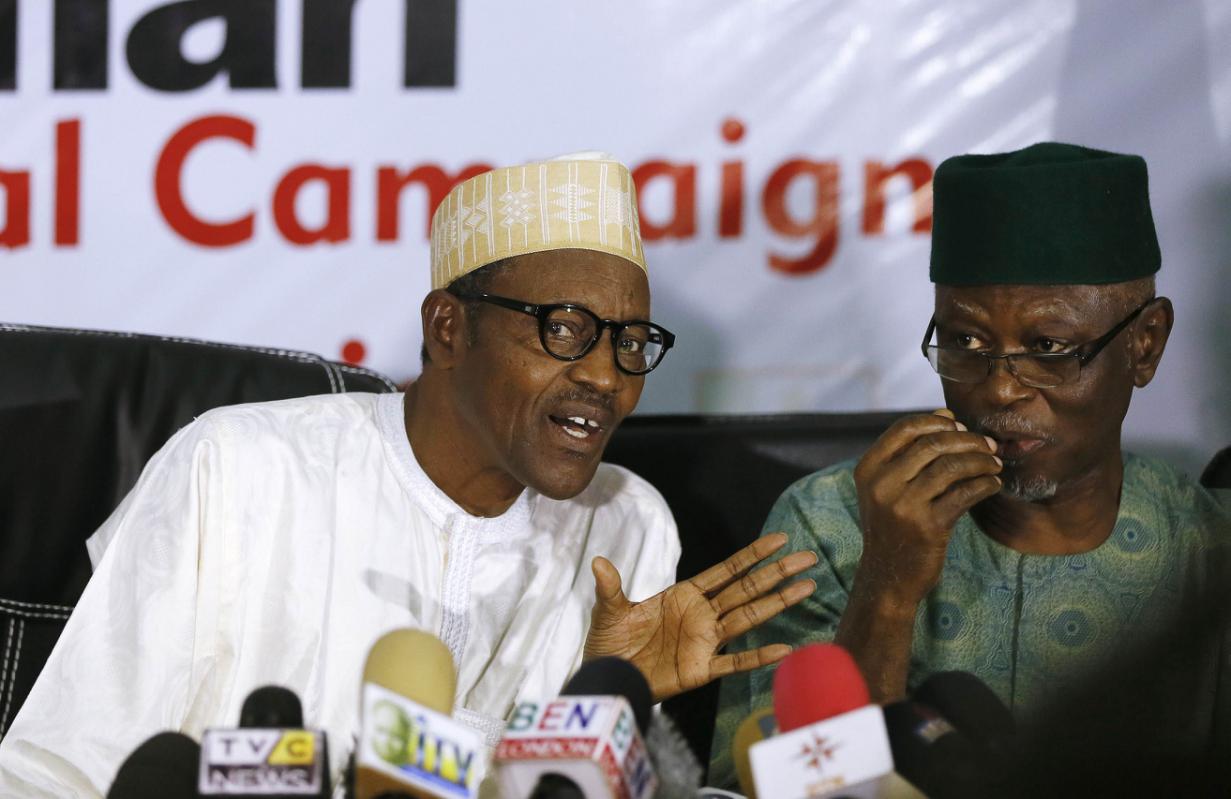 The National Chairman, the All Progressives Congress, Chief John Odigie-Oyegun, has assured members of the party that the exit of former Vice- President Atiku Abubakar from the party will not affect it in anyway.

Odigie-Oyegun gave the assurance on Tuesday in Abuja when the Association of Former Chairmen, Councillors and Ward Leaders paid him a visit in Abuja.

The APC national chairman further assured them that Atiku’s exit from the party would not lead to massive defection from the APC as being insinuated in some quarters in the country.

“Let nobody fear that the defection of the former Vice-President is going to lead to any deluge.

“Don’t ever be afraid that there is going to be any massive defection. As a matter of fact, the contrary is the case, the APC is growing in strength on a daily basis,”  he said.

Odigie-Oyegun called on members of the association not to be deceived by “the screaming and opposition rhetoric,” adding that everybody that mattered in the country, politically, is a member of the APC.

He maintained that there was no other party that was truly settled outside the APC, adding that even the Peoples` Democratic Party was not stable because it was still fighting to get a chairman.

He added said that though the country might have its challenges, it was making steady progress and the APC was growing daily.

Odigie-Oyegun, who thanked the association for the investiture, said the visit was at the right time, adding that the party had begun preparations for the 2019 elections.

He stressed that as former chairmen, councillors and ward leaders, members of the association still had influence in their constituencies that could never be overlooked.

He said, “You represent a group that will be easily available at the 774 local government areas and of course all the wards in the country, which is a major outreach for the APC. “

Odigie-Oyegun urged members of the association to position themselves as key drivers of positive change in the country and shunned unwholesome practices.

The national chairman also urged them to remain faithful, not just to their inspiration, but also to the party`s leadership.

He assured them of the light at the end of the tunnel, adding that the country had been travelling on the wrong direction before now.

Odigie-Oyegun, however, said there was need for change of value, if Nigerians must experience true change and development in the country.

Earlier, the Coordinator of the association, Mr. Mike Omohimua, had described the APC national chairman as a man of high intellect and political pedigree.

He said the visit was to honour Odigie-Oyegun as the National Life Grand Patron of the association.

Omohimua said the association had database of registered members across the 774 local government areas and 8,810 electoral wards in the country.

He said the association was proposing a national project tagged, “Operation Recover Nigeria” in line with the APC’s ongoing effort to rebuild the country.