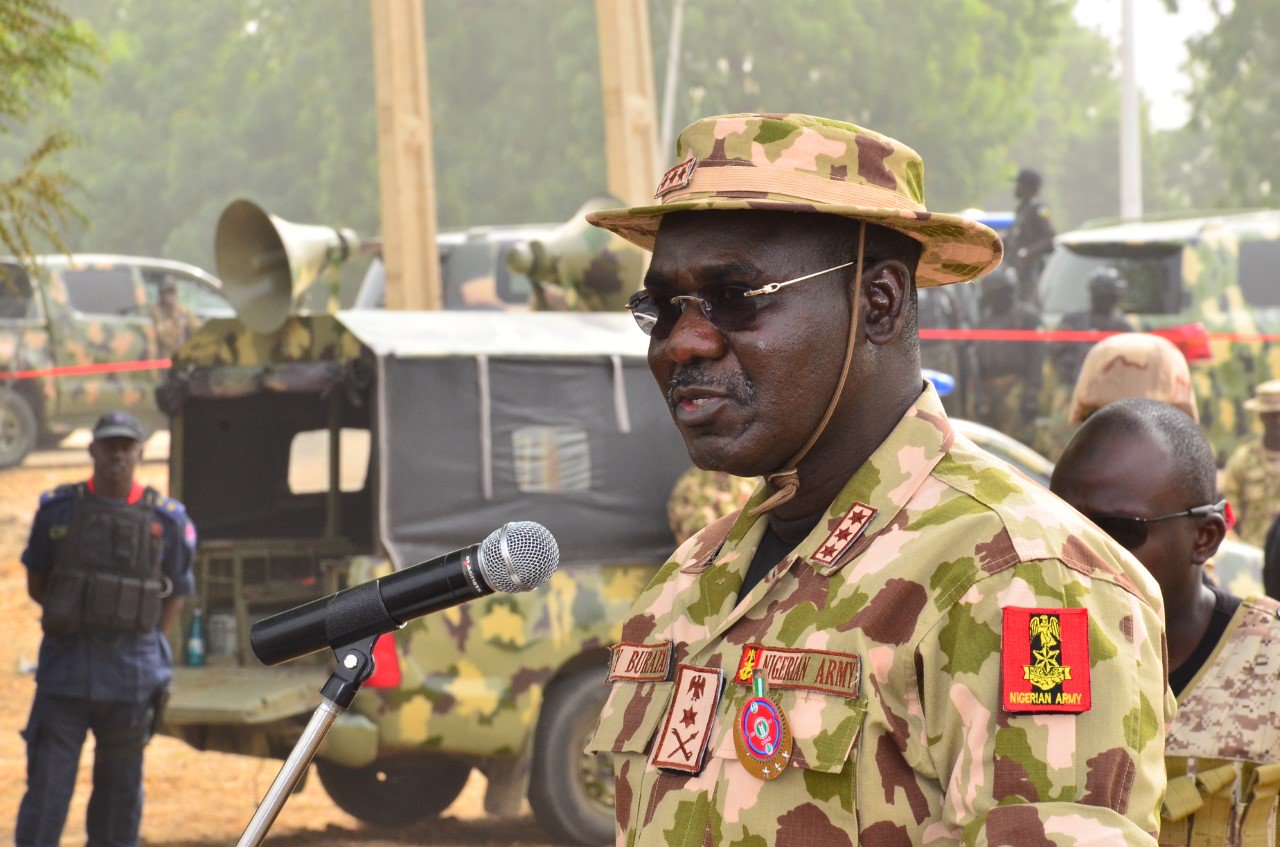 The Chief of the Army Staff, Lt Gen Tukur Buratai, has relocated to the Boko Haram terrorists-ravaged areas in the Lake Chad region of Borno State, just as the Chief of Air Staff, Air Marshal Sadique Abubakar, is expected on Thursday (today) in order to seek solutions to the incessant terrorist attacks.

Our correspondent learnt that no fewer than 11 fighter aircraft were deployed on Wednesday by the Nigerian Air Force to bomb the Boko Haram terrorist structures along the Lake Chad in Tumbum Rego, Bula Korege, Kollaram and others.

The NAF Director of Public Relations and Information, Air Commodore Ibikunle Daramola, who confirmed the deployment, said the service chiefs were visiting the troubled areas to assess the troops and to seek a solution to the Boko Haram attacks.

Boko Haram fighters attacked military bases in Gudumbali in the Guzamala Local Government Area and Baga in the Kukawa LGA last week. It was one in a series of attacks staged in the last two months, in which an undisclosed number of troops and civilians were killed.

The NAF’s spokesman, in an interview with our correspondent on Wednesday, noted that the terrain of some of the Lake Chad communities also made military operations difficult.

He said, “The Chief of Army Staff is in Borno and inspecting those locations and the Chief of the Air Staff has been to Borno earlier and he is also expected to come again.

“I am also in Maiduguri. You have two Mi-35M helicopters, two Alpha Jets, a number of F-7Ni and other aircraft deployed in the troubled areas. So, there is a concentration of forces dealing with this problem.”

Our correspondent learnt from military sources that in a bid to reclaim communities said to be attacked by the terrorists, the army authorities had relocated their operational headquarters in the North-East to Gudumbali in the Guzamala Local Government Area, which was one of the communities attacked last week by the insurgents.

The sources said Buratai was on the ground to pay “Rapid Fire Unscheduled Visit” to the troops to get first-hand information of happenings in the theatre of operation.

“The army chief is having a series of meetings with the locals and village heads of the several locations he is visiting and it is also aimed at finally breaking the nerve of Boko Haram. He is also inspecting the armouries, including support weapons in their inventories,” one of the sources said.