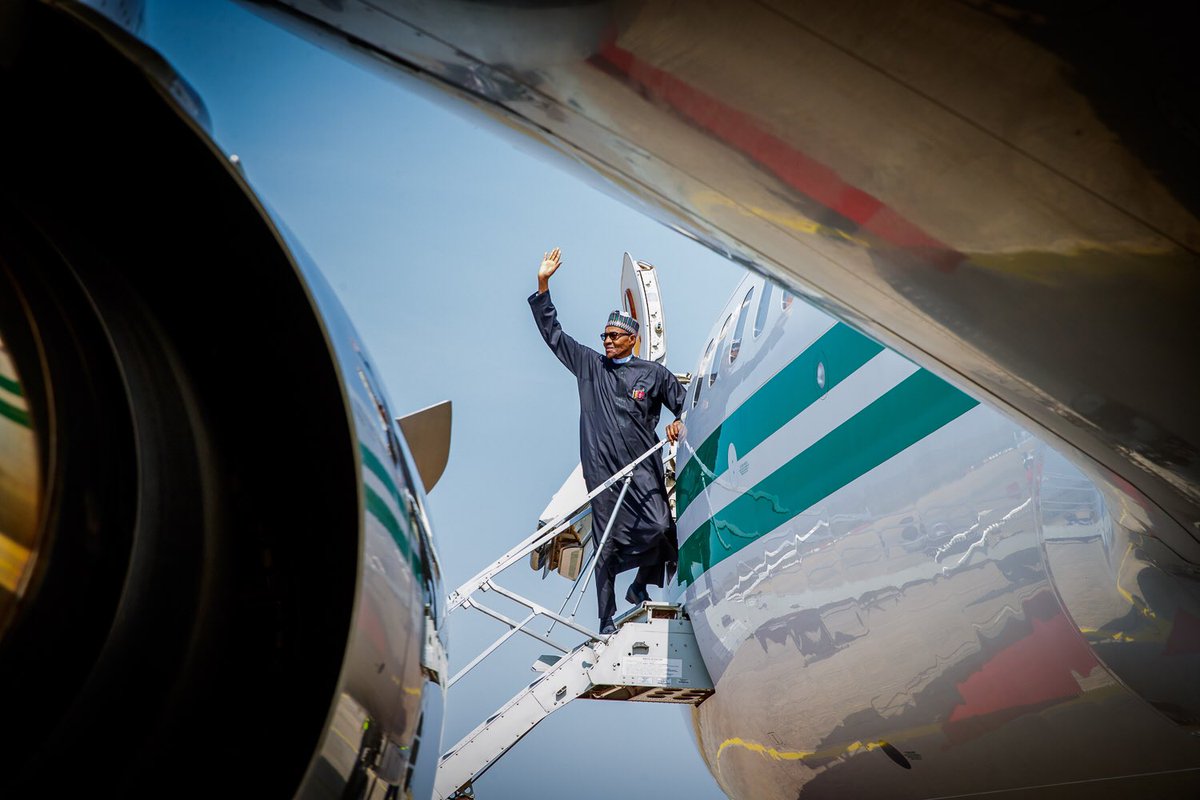 President Muhammadu Buhari has arrived in Krakow, Poland, ahead of the 24th session of the Conference of the Parties (COP24) under the UN Framework Convention on Climate Change (UNFCCC).

The conference is slated for between Dec. 2 and 4. Buhari’s aide on New Media, Alhaji Bashir Ahmad, confirmed this development on his tweeter handle in Abuja.

However, a report reaching the News Agency of Nigeria (NAN) indicated that President Buhari and members of his entourage, who arrived at a Military Base Balice International Airport, Krakow, on Saturday evening, were `welcomed’ by snow as temperature dropped further to -3 degrees Centigrade.

COP24 Summit is being held at the International Conference Centre (MCK), Katowice, an industrial hub, about 100 kilometers from Krakow.

President Buhari’s first official engagement will be a town hall meeting in Krakow on Sunday evening, where he would meet and interact with Nigerians living in Poland.

The President will, during the Leaders’ Summit at COP24 on Monday morning, deliver a national statement, highlighting Nigeria’s commitment to addressing climate change by implementing the goals set out in its National Determined Contributions.

President Buhari’s spokesman, Mr Femi Adesina, had on Friday in a statement, disclosed that during the Summit at COP24, Buhari would deliver a national statement highlighting Nigeria’s commitment to address climate change by implementing the goals in its National Determined Contributions.

He said the president would also use the occasion to accentuate Nigeria’s willingness to work with international partners to reverse the negative effects of climate change in Africa and the world over.

Adesina said the president would also highlight the need for developed nations to scale up their emission reduction activities, to limit the increase in average global temperatures to well below 2 degrees centigrade between now and 2020.

The Leaders’ Summit is expected to adopt a ‘‘Declaration on Solidarity and Just Transition Silesia,’’ – named after the region of Poland where this year’s climate conference is taking place.

He observed that Nigeria, as a member of the Committee of the African Heads of State on Climate Change, would continue to address the challenges occasioned by climate change.

The committee is a group of 10 African countries that meets and takes positions concerning issues of climate change on behalf of the continent.

“Nigeria has been at the forefront of advancing policies and initiatives aimed at addressing significant challenges occasioned by climate change such as reviving the Lake Chad, halting and reversing desertification, flooding, ocean surge and oil spillage.

Adesina, who is the Special Adviser to the President on Media and Publicity, said that President Buhari would continue to champion these pressing issues at COP24 in Katowice, among others.

He also said the president would reiterate Nigeria’s position on the need for African countries to access financial resources, especially the Green Climate Fund to draw up climate change adaptation policies and actions for implementation.

“The Nigerian delegation will also showcase the policy measures and actions of the Federal Government at ensuring environmental sustainability and effectively combating climate change through several side events within the Nigerian pavilion.

“While in Poland, President Buhari will hold an interactive session with the Nigerian community in that country.

“The Nigerian leader is also scheduled to hold bilateral meetings with the President of Poland Andrzej Duda and Prime Minister Mateusz Morawiecki,’’ the statement added.

Bugatti will be accompanied on the trip by governors Ifeanyi Ugwuanyi, Yahaya Bello and Abubakar Bello of Enugu, Kogi and Niger States.