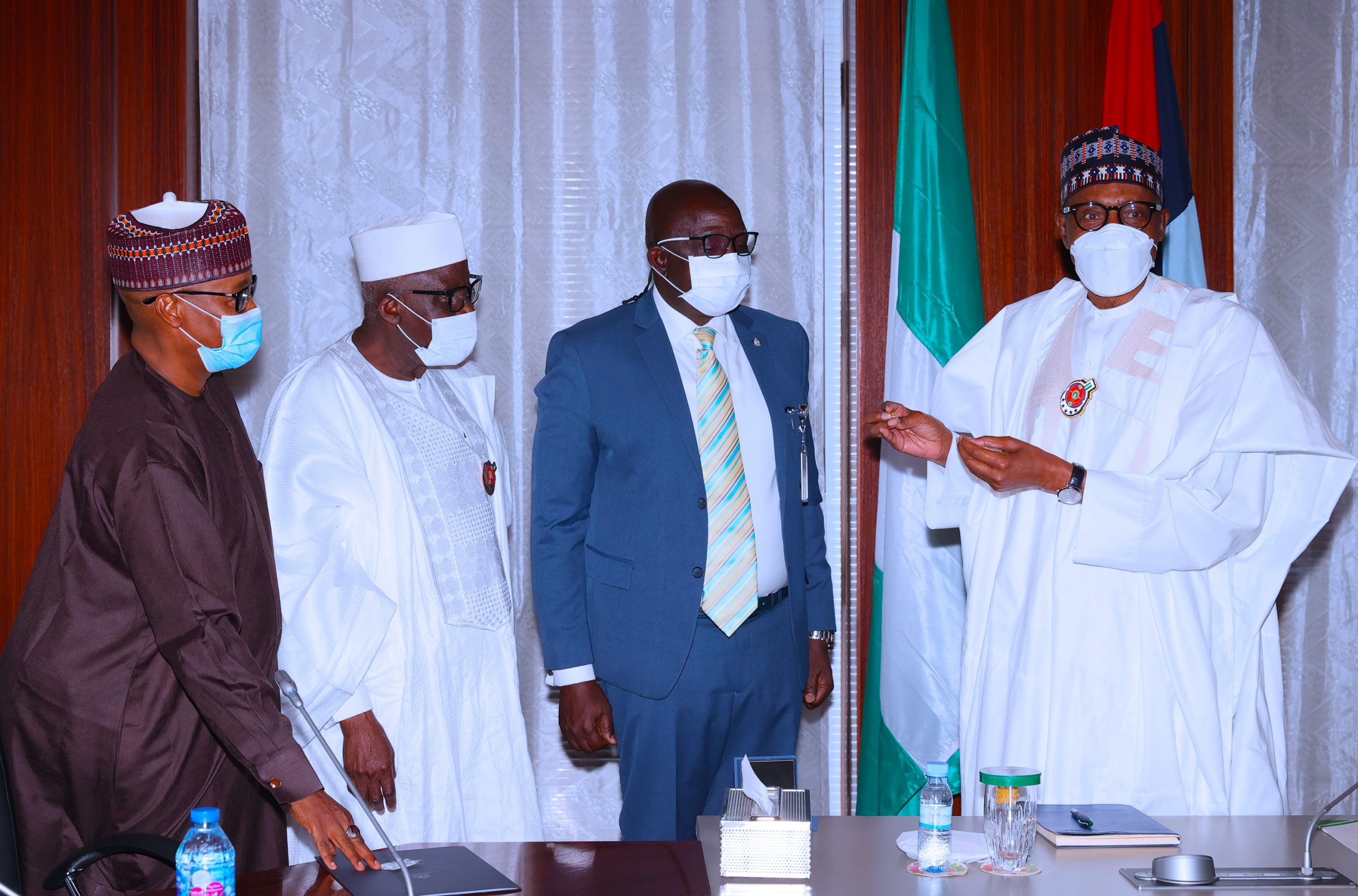 The President spoke at the State House, Abuja when he received in audience the Honourable Minister of Police Affairs, Muhammad Maigari Dingyadi, who came to present to him the newly elected Vice President (Africa) and Executive Committee Member of INTERPOL, Assistant Inspector-General of Police, AIG Garba Baba Umar.

While congratulating the Inspector General of Police, Baba, who was also at the event, for having one of his men representing the whole of Africa, President Buhari in a statement by his media aide, Femi Adesina, said: “This is very good for our Police and I hope that the IGP would take note, now that one of you is representing the whole of Africa, it is something that you must take to the police especially the officer corps so that they can put in more effort in trying to cope with our security challenges.”

The President also extended his congratulations to the new Vice President of INTERPOL, urging him not to relent on his good records.

The Minster of Police Affairs in his remarks said AIG Garba Baba Umar had always distinguished himself in the service in various capacities and his election into the prestigious seat was well merited.

AIG Umar was elected into the position on November 25, 2021 at the 89th General Assembly of INTERPOL which held in Istanbul, Turkey