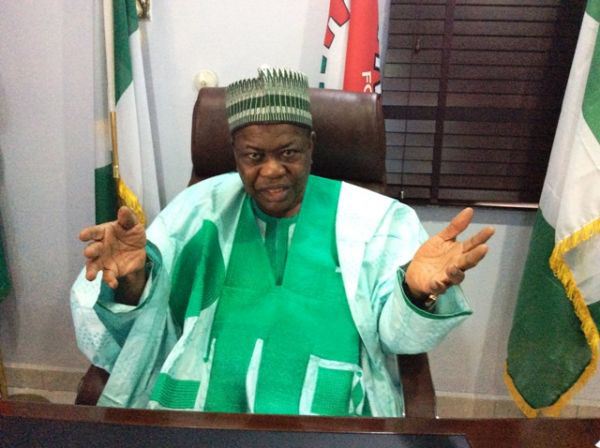 The National Chairman of the Labour Party (LP), Alhaji Abdulsam Abdulkadir, has said his party does not agree that Nigeria is presently broke as was claimed by President Muhammadu Buhari.

He said based on the facts on ground and the value of resources available to Nigeria, the country cannot to be  in such a dire economic situation as to justify it being broke.

Speaking to THISDAY on Wednesday against the background of recent statement credited to President Buhari to the effect that Nigeria’s economy is in critical shape, Abdulkadir said the only way the president can convince Nigerians is to address the nation on the revenue earnings so far and how he has implemented the 2015 budget.

“Firstly, I think President Buhari is being economical with the truth, considering the facts and the value of our resources.  For him to say that the nation is broke, was he saying we have not been selling our crude oil as usual? Is he saying the Customs has not been generating revenues for the country? What of other agencies of government? Are they no longer generating funds for government?” the party leader asked.

Abdulkadir said LP was amazed at the pronouncement of President Buhari who should know that the economy stands the risk of plummeting in the absence of clear economic policy direction and commitment to implementing such solutions by government.

He said as far as his party is concerned, there has not been any single infrastructural project the present federal government has embarked on since its inception more than five months ago.

According to, Nigeria is still selling its oil, while other revenue yielding agencies have continued to make returns to the coffers of government.

“If all these resources are coming in, could the president tell the nation that since he came into office the one project that he has initiated. Let Buhari tell the nation how far he has implemented this year’s budget.

“The president has been spending money without appropriation, so let him justify it and stop lamenting. He should have in place a concrete and appropriate solution if he thinks that the nation is broke. For those of us who have been observing the events in the country, we know that Nigeria is not broke. The problem is rather that of lack of direction, commitment, focus and lack of vision.
But to say that the nation is broke is far from the truth. This is not acceptable to the LP. Nigeria is not broke,” he stated.

On the view that the economy is being stifled because of the absence of an economic team to manage it, the party chairman said the situation was affecting every sector in the country.

According to him, “Yes, it has to be. Every sphere of our endeavour is being affected. One thing is clear-the economy would go down because there is no provision for sustaining our infrastructure.

“Also, part of what is adversely affecting our economy is the absence of the full compliments of the cabinet team. No leader can operate without having the right people surrounding him, who would advise him. There is no way such person can succeed. “Presently, President Buhari has no minister, no cabinet and there is no one to advise him appropriately.

The technocrats cannot advise him because they are afraid of their jobs. The political appointees who would have advised the president have not been put in place. So, the earlier the president gives portfolios to his ministers, the better. And how can the president say not all the 36 ministers he submitted for Senate approval will be given portfolios?

“The ministers should be given portfolios, as what the president needs to do is to block wastage after all how much is the salaries of the ministers compared to the wastage that is still going on. The issue is that there is no policy direction yet on how to arrest the economic downturn in the country, only what comes to President Buhari’s head is wheat he implements.

“Our existing infrastructure is decaying by the day due lack of attention.  For instance, all the geo-politically zones in the country suffering bad roads, most of the federal roads in places like the South-east, South-west and North Central are dilapidated. Since the inception of the All Progressives Congress (APC)-led administration, there has not been any single infrastructural project it embarked on.”

A Fulani professional group, Coalition of Fulbe Professionals in Africa, Monday, distanced itself from a statement credited to one Alhaji Alhasan Salah, said to...