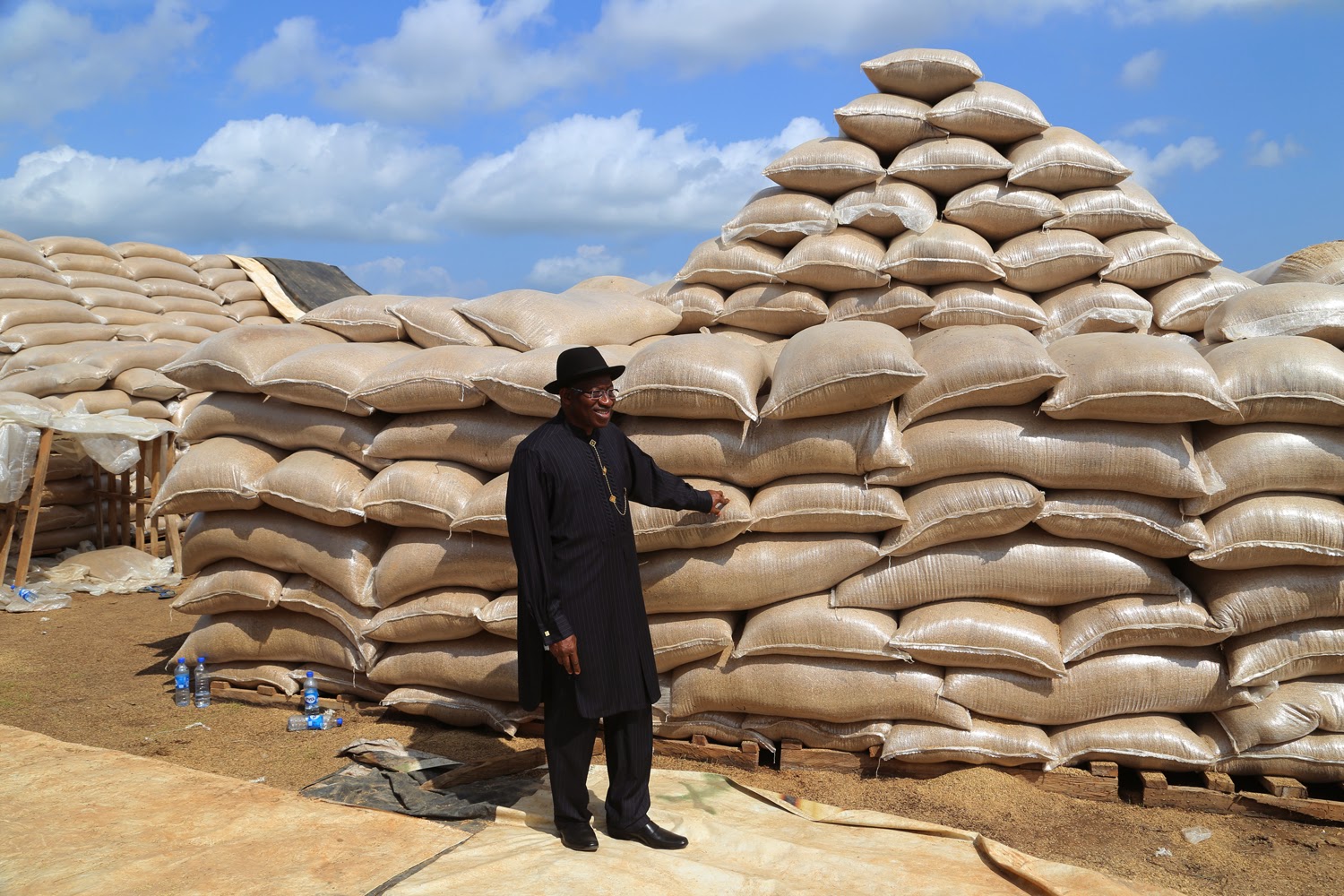 The President disclosed that over 12.2 million farmers have joined the rice and wheat revolution while the country is moving close to self-sufficiency in major grains.

Buhari, who was represented by the Minister of Information and Culture, Alhaji Lai Mohammed, at the 25th edition of the Nigeria Media Merit Award (NMMA) ceremony in Lagos on Wednesday, added that the success of the agriculture revolution has turned thousands of rice farmers into millionaires and drastically reduced rice import.

He noted that apart from the successes the administration has recorded in addressing insecurity and the fight against corruption “perhaps our most remarkable progress has been in the area of agriculture. Quietly but steadily, our agriculture revolution is bearing fruits.”

The president disclosed that information from those exporting rice from Thailand show that: “rice importation from Thailand fell from 644,131 tons in September 2015 to 20,000 tons in September 2017, representing a 95 per cent drop. Self-sufficiency in rice is so important because it is the most widely consumed staple in Nigeria, and also because Nigeria’s daily expenditure on rice for over three decades stood at $5 million a day!”

Buhari also scored the country well in the production of millet, sorghum and maize cultivation, saying, “Nigeria is now the second largest producer of sorghum after the U.S, the third in millet after India and our breweries are now enjoying local sourcing of those commodities.

“For maize, we are producing 10 million tons while we need about 13 million tons for both human and animal nutrition.’”

The President said Nigeria leads the world in the yam and cassava production, adding that efforts are being made to restore and improve on the country’s ranking in cocoa production, where it has fallen from second to seventh position.

His words: “‘We are also investing in a new line of tree crops targeting local and foreign end users and certain to earn foreign exchange. These are Shea butter, palm trees, coconut, mangoes, bananas and plantains, kenaf and sisal hemp, castor and pineapple, among others. Overall, our ambition is that agriculture should rise from 25 per cent to 40 per cent of GDP so that we can banish poverty and overcome our economic anxiety.”

The President however hailed the NMMA, which he called the pre-eminent media excellence award, and said the Nigeria media has done well over the years hence it deserves to be celebrated.

While urging the media not to allow those who brought Nigeria to a sorry pass to muddle the waters by creating their own narrative, which is far from reality, Buhari said, “This is important because there seems to be a feeling of numbness among the citizens about the conduct of those whose actions brought us here. Suddenly, these same people are engaging in revisionist history and blaming those who are working themselves to the bone to correct the misdeeds of the past. They are blaming everyone but themselves for the mess they threw the country into.”