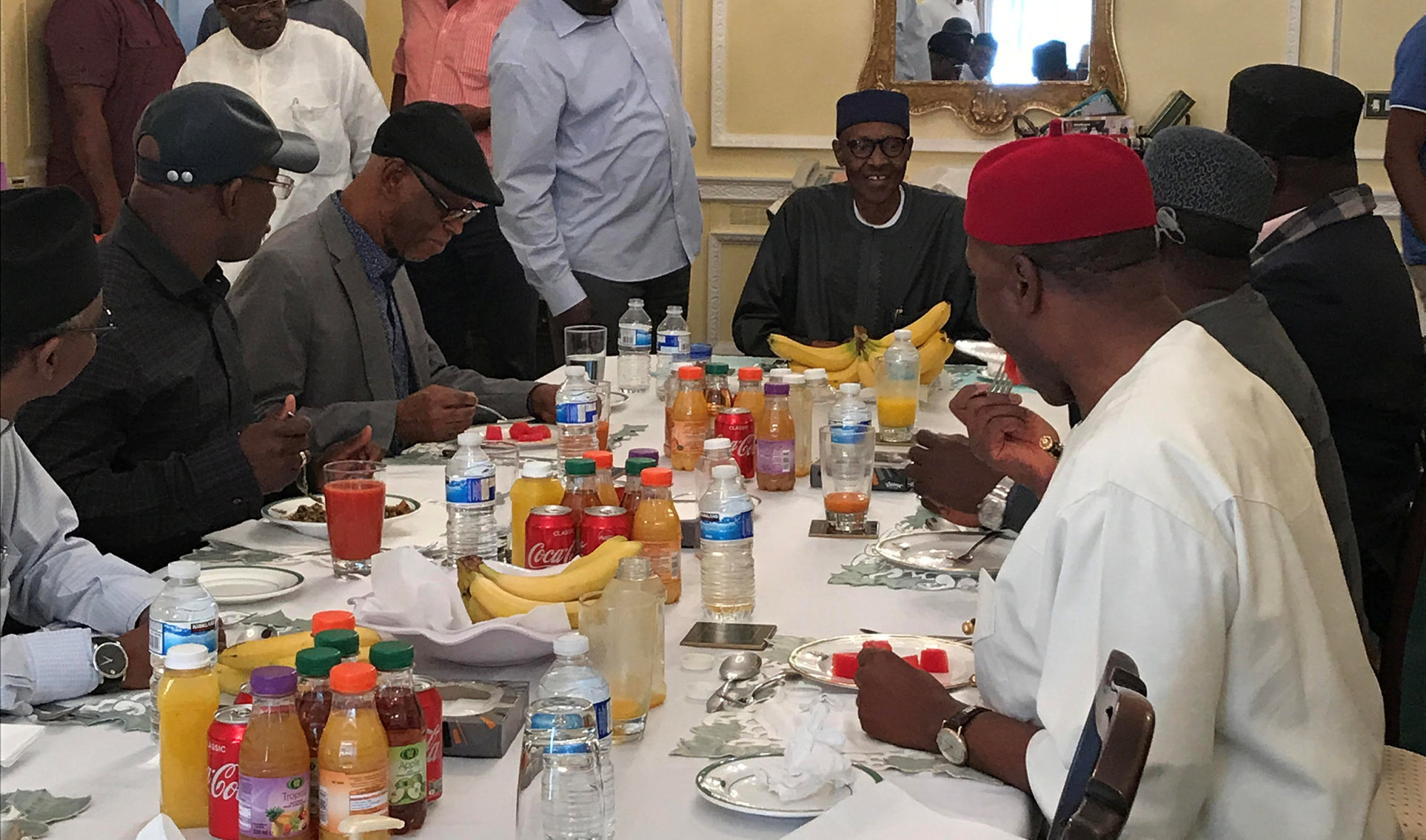 Nigeria's President Muhammadu Buhari receives a delegation of the All Progressives Congress (APC) party in Abuja House in London, Britain July 23, 2017. Nigeria Presidency/Handout via Reuters ATTENTION EDITORS - THIS IMAGE WAS PROVIDED BY A THIRD PARTY. NO RESALES. NO ARCHIVE.

The few times Buhari sat down for interviews since 2015, he often makes a case against the ELITE as the root cause of Nigeria’s problem. This is erroneous and potentially dangerous. I will elucidate.

Buhari believes the problem of Nigeria at the moment is the elite which is parochial. Elite is defined as “small group of powerful people who hold a disproportionate amount of wealth, privilege, political power, or skill in a society.” He equates elites to the political class.  He doesn’t know that elite includes the rich people who don’t have anything to do with politics, the skilled professionals who make money in millions, the millennials running their startups who haven’t even voted before or have any interest in politics.

He lumps everyone who has excised their survival from the inexorable chokehold of the Nigerian economy as elite and being a problem for the masses. This is the classic socialist approach where they rally the poor against capitalists and criminalise enterprise and industry! This is the specious philosophy he deployed in 2015 to rally the masses who believed that when he gets there, he won’t share oil blocks, and he will literally share the oil blocks and wealth of the nation to them.

But what did he do? Plundering our commonwealth with a coterie of cronies. Deployed wannabe okrika socialism of #TraderMoni (sharing Abacha loot), #NPower and all whatnots while billions of dollars are ferried away by his protected cronies and their children get the best govt jobs. Secret Buharists like Dr Joe Abah feed his whataboutism through such statements like “the best insurance policy a reformer can have is the support of the public, not the fear of the elite.” However, Buhari knows that rallying the proletariat against the bourgeoisie has always been an effective way of instigating a class war to seize power.

He has failed at leadership and impoverished the masses more than ever but he knows he can still fire up these poor and wretched Nigerians to believe that he is not the problem but the elite. Somebody like Buhari has made it such that when poor Nigerians see anyone driving a good car, either he is a ritualist or a corrupt person. The perception is that such must be ill-gotten wealth!

The elite must find ways to correct this wrong perception and direct the blames to the right quarters which is the political class and especially those in power who have access to and custody of our commonwealth especially Buhari.