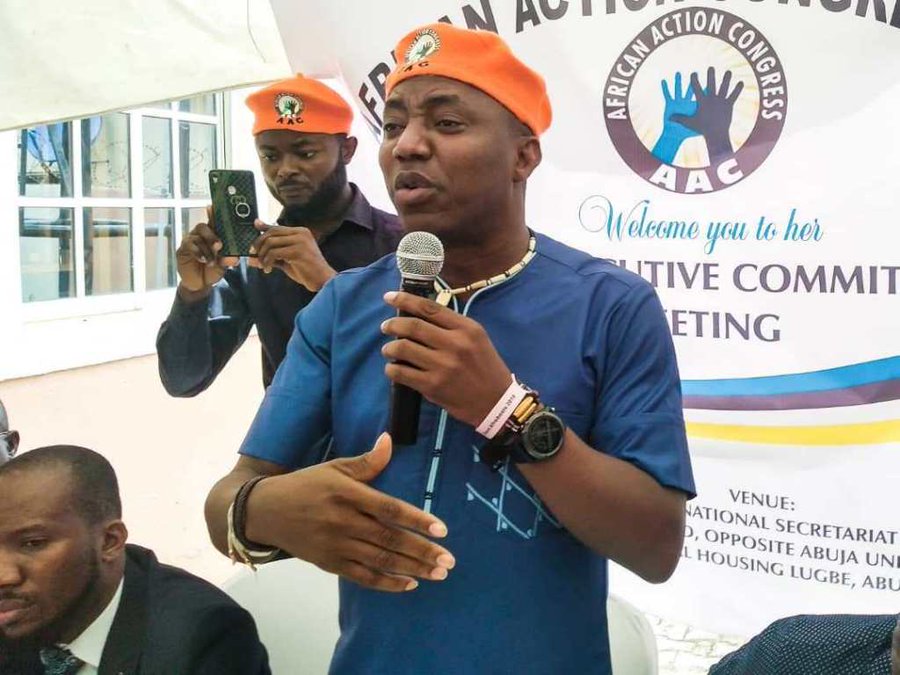 The Coalition in Defence of Nigerian Democracy and Constitution (CNDC) has urged Nigerians to proceed with the #RevolutionNow protest scheduled for 5th August 2015.

In a statement on Saturday, CNDC called for the immediate release of the convener of the protest, publisher and activist Omoyele Sowore who was arrested in the early hours of Saturday by Nigeria’s secret police, popularly known as the DSS. Sowore was presidential candidate of the Allied Action Congress in the 2019 presidential polls.

The arrest of Omoyele Sowore, the Lead Actor of #RevolutionNow, did to not come to us as a surprise, because we are not unaware or ignorant of what the unconscionable government of Gen. Muhammadu Buhari was capable of doing to critics and dissenting voices.

However, we wish to encourage and assure Nigerians who have keyed into this great idea whose time has come that the protest will go ahead on August 5, 2019 as planned with or without Sowore, and that, they should not be deterred or entertain any fear by coming out in their numbers to march against the ravenous revolution of the ruling elites that has rendered our nation prostrate, poor, ungovernable and incapable of securing lives and properties.

We call on friends of the Buhari regime and the International Community to prevail on the federal government to order the immediate release of Omoyele Sowore who has committed no crime for daring to challenge hopelessness and misrule in the country. While we thank the government for unthoughtfully helping to escalate the information and news about the rising revolution through its illegal and wicked arrest of Sowore, we wish to let them know that it is an exercise in futility to stop or keep him away from the march.

A government that aided and deliberately failed to arrest Arewa youths who repeatedly threatened the nation cannot under any guise stop us from exercising our democratic rights. A government that is freeing killers, vampires and terrorists under a warped reorientation and terribly flawed deradicalization programme, while our soldiers are dying in their numbers, cannot impede us from demonstrating our fundamental human rights.

#RevolutionNow, is a civil advocacy and a democratic action convened to challenge the ravenous revolution of the ruling elite that has for decades put our nation and the common man in bondage. We make bold to say that since Gen. Buhari in opposition fully exercised his rights to criticize previous governments and led a protest in the country, his government cannot under any pretension stop us from holding his administration to account for bad governance. This is just the beginning.

Convener, Coalition in Defence of Nigerian Democracy and Constitution

Sowore Promises Free Education at All Levels If Elected as President

The presidential candidate of the African Action Congress (AAC) Omoyele Sowore says his government will prioritise education and will make it free at all...