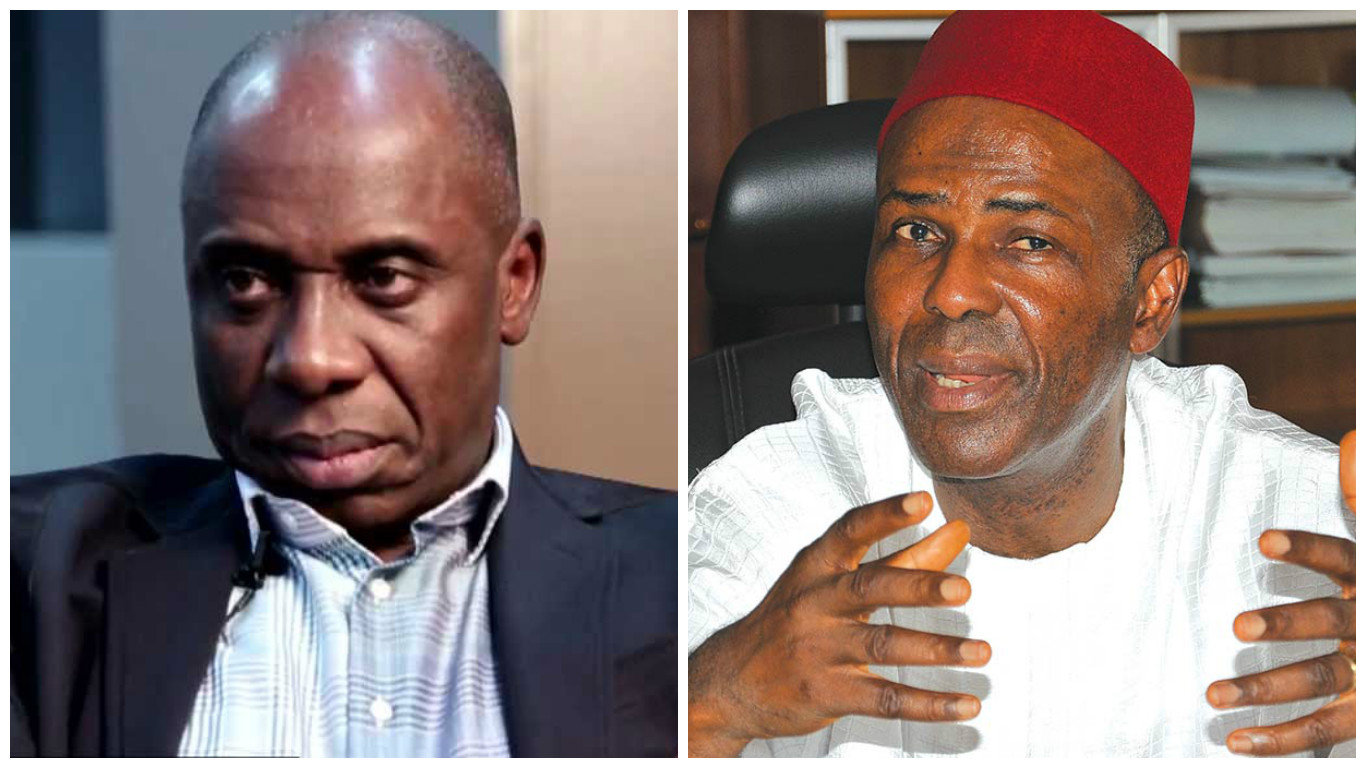 A Federal High Court in Abuja has granted leave to a group, Kingdom Human Rights Foundation, to commence its suit seeking an order for the arrest of the Minister of Transportation, Mr. Rotimi Amaechi, and his Science and Technology counterpart, Mr. Ogbonnaya Onu, over recent allegations levelled against them by two Justices of the Supreme Court.

The plaintiff, in its substantive suit, asked the court to make an order of mandamus compelling the Department of State Service and the Economic and Financial Crimes Commission to “perform their statutory obligation” by immediately arresting and prosecuting the two ministers.

The group also sought an order of mandamus compelling President Muhammadu Buhari to immediately sack both ministers “in public interest and public morality” based on allegations of attempts to influence court decisions as recently alleged by the two Justices of the Supreme Court.

A copy of the enrolled order made by Justice Ahmed Mohammed  on December 1, 2016, granting leave to the plaintiff to go ahead with the suit, was made available to journalists in Abuja on Thursday.

A plaintiff seeking an order of mandamus under the judicial review of administrative action/inaction procedure is required to first seek and obtain the leave of court through an ex parte application to properly commence the suit.

Justices Sylvester Ngwuta and Inyang Okoro, both of the Supreme Court, had accused Amaechi and Onu of attempts to influence court decisions in some election cases between 2015 and 2016.

Ngwuta and Okoro levelled the allegations against Amaechi and Onu in their separate letters addressed to the then Chief Justice of Nigeria, Justice Mahmud Mohammed, following their arrests alongside some other judicial officers by the DSS on allegations of corruption between October 7 and 8, 2016.

They both claimed that that their refusal to help the ministers was the reason their arrests were instigated.

Ngwuta, had in his letter alleged that Amaechi had delivered to him a purported instruction from President Buhari asking him to help to sway the judgments of the Supreme Court on Ekiti and Rivers state governorship elections in favour of their party the All Progressives Congress.

The apex court justice, who is now being prosecuted by the Federal Government on charges of corruption, also alleged that Onu sought his help to influence the decision of the Court of Appeal going in favour of the Labour Party candidate in the last year’s governorship election in Ebonyi State.