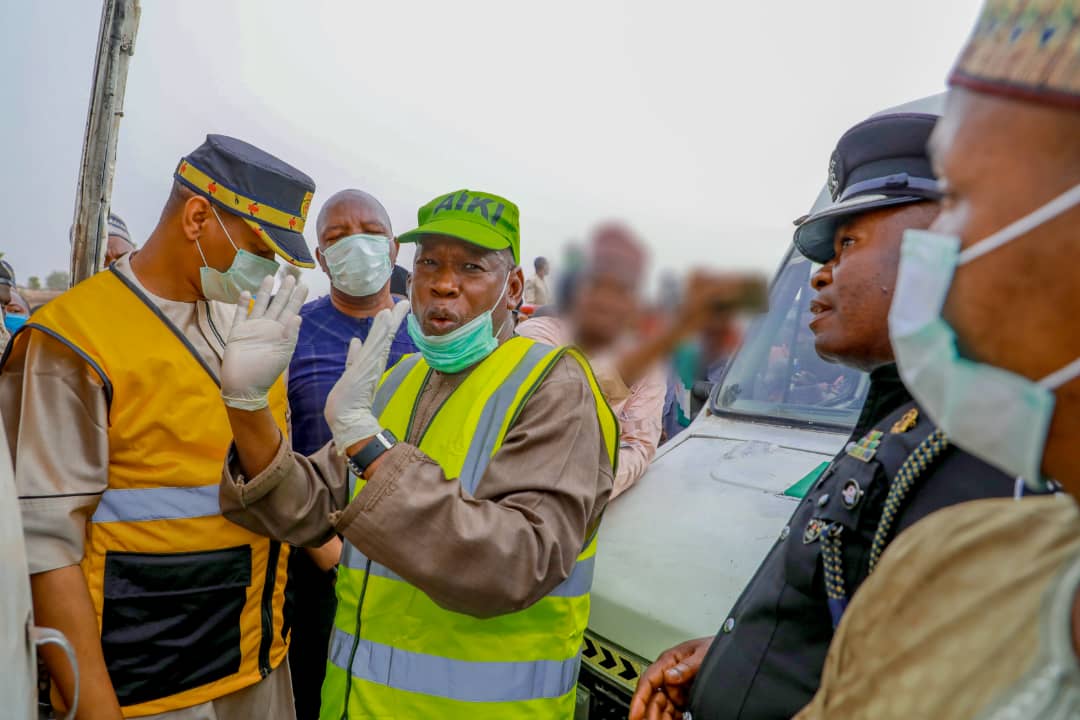 The Kano State Government has ordered the arrest of some persons who defied the boundary closure directive given by the state government on Friday, March 27, as part of measures to curb the spread of the COVID-19.

The defaulters were caught at different locations of the road coming into the state by the governor himself, Abdullahi Ganduje, who was at the boundary town linking Kano and Kaduna State.

They included drivers of two tippers, two trucks, two buses, and one car.

“We are here to see how people are complying with the directive we gave for boundary closure,” the governor told journalists after inspecting the area.

“These people you are seeing will all be taken to the Police station and they will be prosecuted for such unpatriotic behavior,” he added.

He further stated that he would ensure that more security personnel are deployed to not only the Kaduna-Abuja axis but all the routes linking the state with other states.