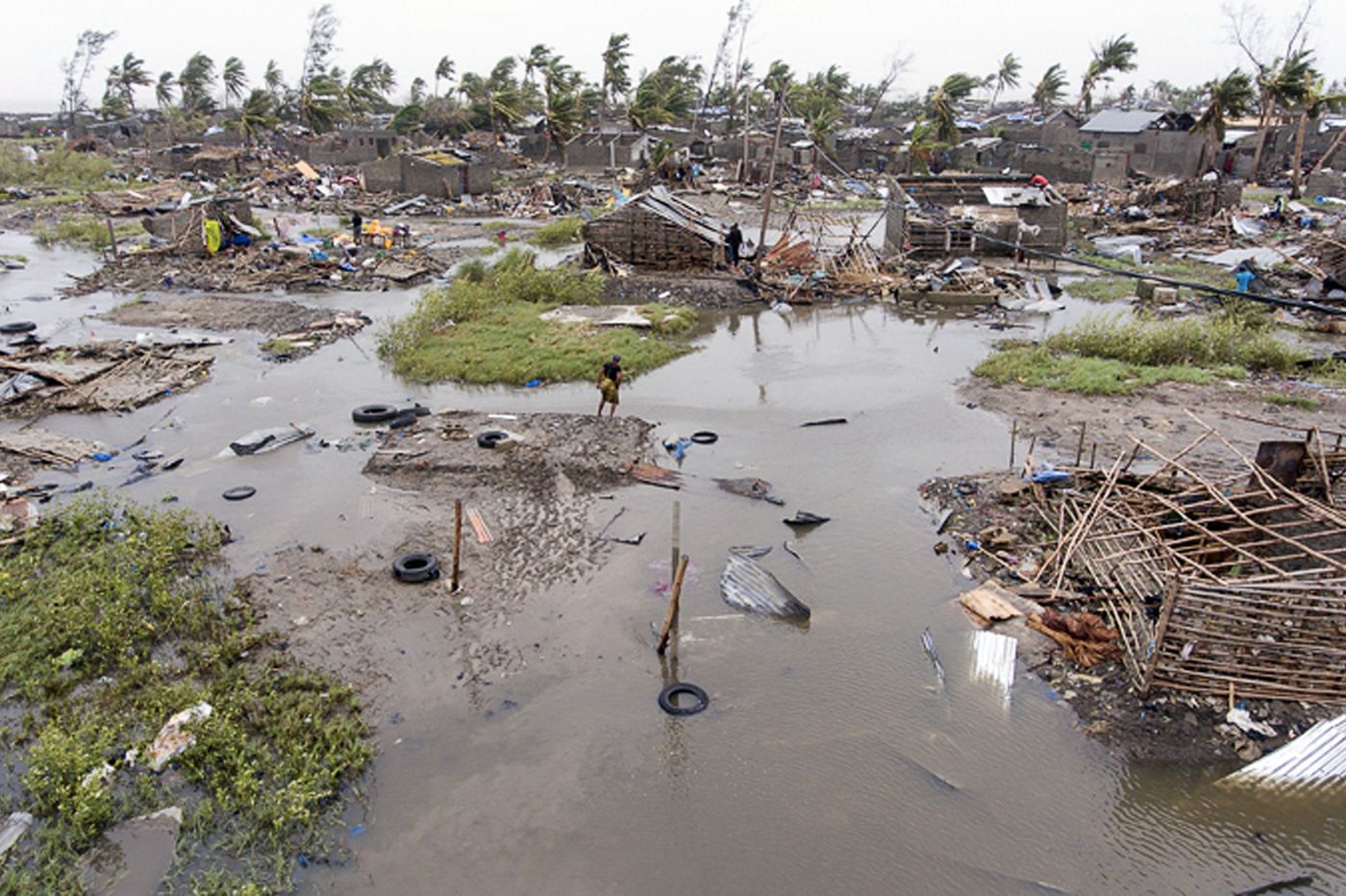 Cyclone Idai caused more havoc than initially reported as Mozambique said over a thousand people may have been killed as the cyclone smashed into the central part of the country.

The city of Beira in central Mozambique bore Cyclone Idai’s full wrath on Thursday before the storm barrelled on to neighboring Zimbabwe, unleashing fierce winds and flash floods and washing away roads and houses.

“For the moment we have registered 84 deaths officially, but when we flew over the area … this morning to understand what’s going on, everything indicates that we could register more than 1,000 deaths,” Mozambican President Felipe Nyusi said in a nationwide address.

“The scale of damage… (in) Beira is massive and horrifying”, the International Federation of Red Cross and Red Crescent Societies (IFRC) said.

Ninety percent of the city of some 530,000 people and its surrounding area has been “damaged or destroyed,” it said in a statement.

“The situation is terrible. The scale of devastation is enormous,” the IFRC’s Jamie LeSueur said.

“Almost everything is destroyed. Communication lines have been completely cut and roads have been destroyed. Some affected communities are not accessible.”

A large dam burst on Sunday and cut off the last road to Beira, he said.

Sofala Province governor Alberto Mondlane warned that the “biggest threat we have now, even bigger than the cyclone, is floods because it’s raining more and more”.

Emma Beaty, coordinator of a grouping of NGOs known as Cosaco, said: “We’ve never had something of this magnitude before in Mozambique”.

“Some dams broke, and others have reached full capacity, they’ll very soon open the flood gates. It’s a convergence of flooding, cyclones, dams breaking and making a potential wave: everything’s in place so we get a perfect storm,” she said.

“I think this is the biggest natural disaster Mozambique has ever faced. Everything is destroyed,” he told AFP on Sunday night at Beira international airport, which re-opened after being temporarily closed because of cyclone damage.

“We are sleeping rough, we are eating poorly and we don’t have houses anymore.”

In Zimbabwe, Idai swept away homes and ripped bridges to pieces, leaving destruction that the acting defence minister, Perrance Shiri, said “resembles the aftermath of a full-scale war”.

“There was a lot of destruction both on our facilities and on people,” said Shiri speaking on television from the affected eastern highlands region.

Some roads were swallowed up by massive sinkholes, while bridges were ripped to pieces by flash floods, according to an AFP photographer.

“This is the worst infrastructural damage we have ever had,” Transport and Infrastructural Development Minister Joel Biggie Matiza said.

The eastern district of Chimanimani was worst-hit, with houses and most of the region’s bridges washed away by flash floods.

The most affected areas are not yet accessible, and high winds and dense clouds have hampered military rescue helicopter flights.

Two pupils and a worker at a secondary school in the area were among those killed after a landslide sent a boulder crashing into their dormitory.

Soldiers on Sunday helped rescue the surviving nearly 200 pupils, teachers and staff who had been trapped at the school in Chimanimani.

Joshua Sacco, lawmaker for Chimanimani, told AFP that between “150 to 200 people” are missing.

The majority of them are thought to be government workers, whose housing complex was completely engulfed by raging waters. Their fate is currently unknown because the area is still unreachable.

“We are very worried because all these houses were just suddenly submerged under water and literally washed away and that is where we have about 147 missing,” he said.

Zimbabwean President Emmerson Mnangagwa, who cut short a visit to Abu Dhabi, said on arrival on Monday, “we are deeply grieved as a nation”.

But the government has come under fire for failing to move timesously to evacuate people.

“Authorities knew about the cyclone weeks before it struck, but did absolutely nothing to prepare for its eventuality,” it said.

Mozambique President Filipe Nyusi and the First Lady Isaura are in isolation after testing positive for Covid-19, the press office of the presidency confirmed...

Mozambique’s President Filipe Nyusi is being sued in London by a firm at the centre of a $2-billion loan scandal that plunged his nation...