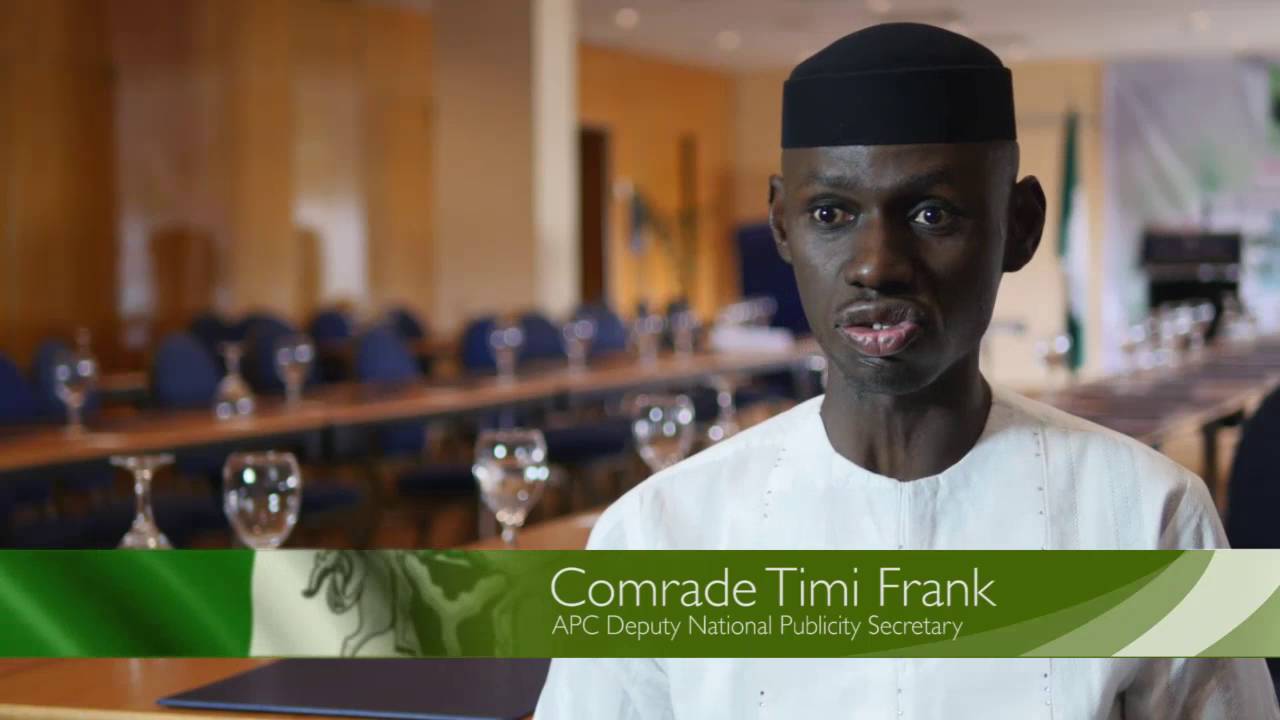 Embattled Deputy National Publicity Secretary of the All Progressives Congress, Mr. Timi Frank, has said the attempt to force him out of the party could spell doom for the APC, Punch reports.

Frank said this in Abuja, on Thursday, in response to news that the Chief John Odigie-Oyegun-led National Working Committee of the party on Wednesday upheld the recommendations of a panel set up by the South South Zone of the party.

The panel had recommended for his immediate suspension and subsequent expulsion from the party for making disparaging comments about the party and its chairman in various news outlets over time.

Frank threatened to sue the party’s National Chairman for contempt of court since according to him, the latest pronouncement was in contempt of a subsisting court order asking both parties to maintain status quo ante.

He challenged the party hierarchy to make public minutes of Tuesday’s NWC meeting where the said decision to uphold the recommendations of the panel was taken.

In a statement he personally signed, Frank said, “Any attempt to suspend or expel him from APC will break the party.

“I dare the National Chairman to convene NEC meeting and see who will be removed between two of us.”

He also said, “The claim by one of Odigie-Oyegun’s foot soldiers, (Mr.) Oji Ngofa, that NWC had taken a decision to hold on with the report of a kangaroo zonal committee that recommended my suspension was a blatant lie.