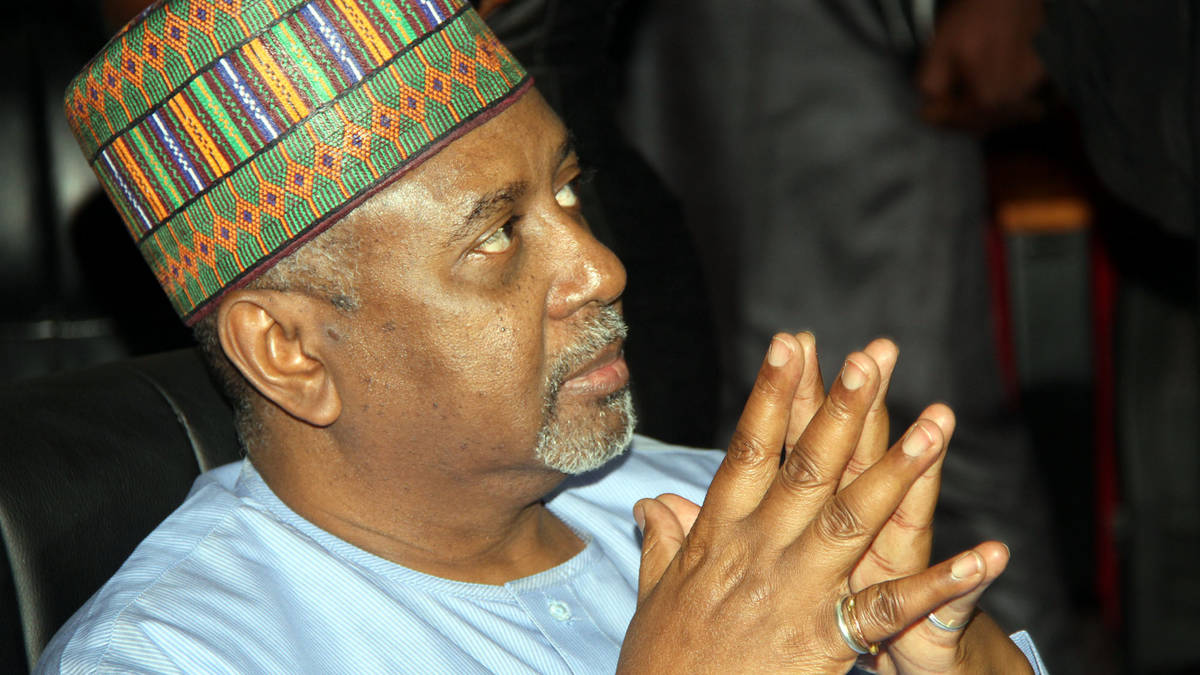 The Federal Government has accused the immediate past National Security Adviser, Sambo Dasuki, of avoiding trial in order to keep “the magnitude” of his alleged wrongs against the country away from the public, Punch reports.

It stated this in a counter-affidavit which it filed before a Federal High Court in Abuja in opposition to an application by Dasuki seeking an order discharging him from further standing trial on charges of money laundering and illegal possession of firearms instituted against him.

The ex-NSA had predicated his application on the grounds of Federal Government’s alleged “brazen” disobedience of a series of orders of court granting him bail.

He urged the court in his application to discharge him and prohibit the Federal Government from further prosecuting him on the grounds that his re-arrest by the DSS was tantamount to Federal Government’s alleged act of assault on the court which had released him on bail.

Federal Government, through the office of the Attorney-General of the Federation is prosecuting Dasuki before Justice Adeniyi Ademola of the Federal High Court in Abuja on four counts of money laundering and illegal possession of firearms.

In its counter-affidavit to Dasuki’s application filed by the prosecuting counsel, Mr. Dipo Okpeseyi (SAN), the Federal Government denied the allegation of disobeying the order granting bail to Dasuki with respect to the case.

A lawyer in Okpeseyi’s firm, Emmanuel Ikpebe, who deposed to the counter-affidavit, stated that while the prosecution was ready to proceed with the case, Dasuki was allegedly reluctant to go on in order to keep the details of his wrongs from the public.

The counter-affidavit stated, “That the respondent (FG) is willing and ready to proceed to prove the case with the order of this court at the last hearing on January 20, 2016 fixing the case for definite hearing.

“That I know that the applicant is not interested in facing his trial before this court.

“That I also know that the applicant is averse to general public knowing the magnitude of the wrongs against the Nigeria state he has been charged with in court.”

The prosecution insisted that Dasuki was re-arrested because of “multiple criminal cases” pending against him in different courts.

On Tuesday, at the resumed hearing before Justice Ademola at the Federal High Court, both the prosecution and the defence disagreed on the alleged violation of the order granting bail to Dasuki.

Dasuki maintained a blank facial expression while seated in the dock throughout the Tuesday’s proceedings.

His lawyer, Mr. Joseph Daudu (SAN), insisted before Justice Ademola that the Federal Government had violated the court’s order granting bail to his client.

He said his application sought to prohibit the Federal Government from continuing to prosecute his client, adding that by further indulging the prosecution, which was allegedly in contempt of the orders of the court, to go on with the case, would amount to “mockery of the judiciary” and “an assault on the rule of law.”

He asked for an adjournment to file a response to the prosecution’s reply to his client’s application.

But in response, prosecuting counsel, Okpeseyi, opposed the application for adjournment as he also denied the allegation of disobeying court order.

But in his ruling, Justice Ademola granted the application for adjournment and directed that the defence should file its final reply within seven days.

The judge adjourned till March 3 and directed that the prosecution must produce the ex-NSA in court at the next sitting and subsequent ones.

The judge also said he would deliver a pending ruling on an application by the prosecution for witness protection on March 3.