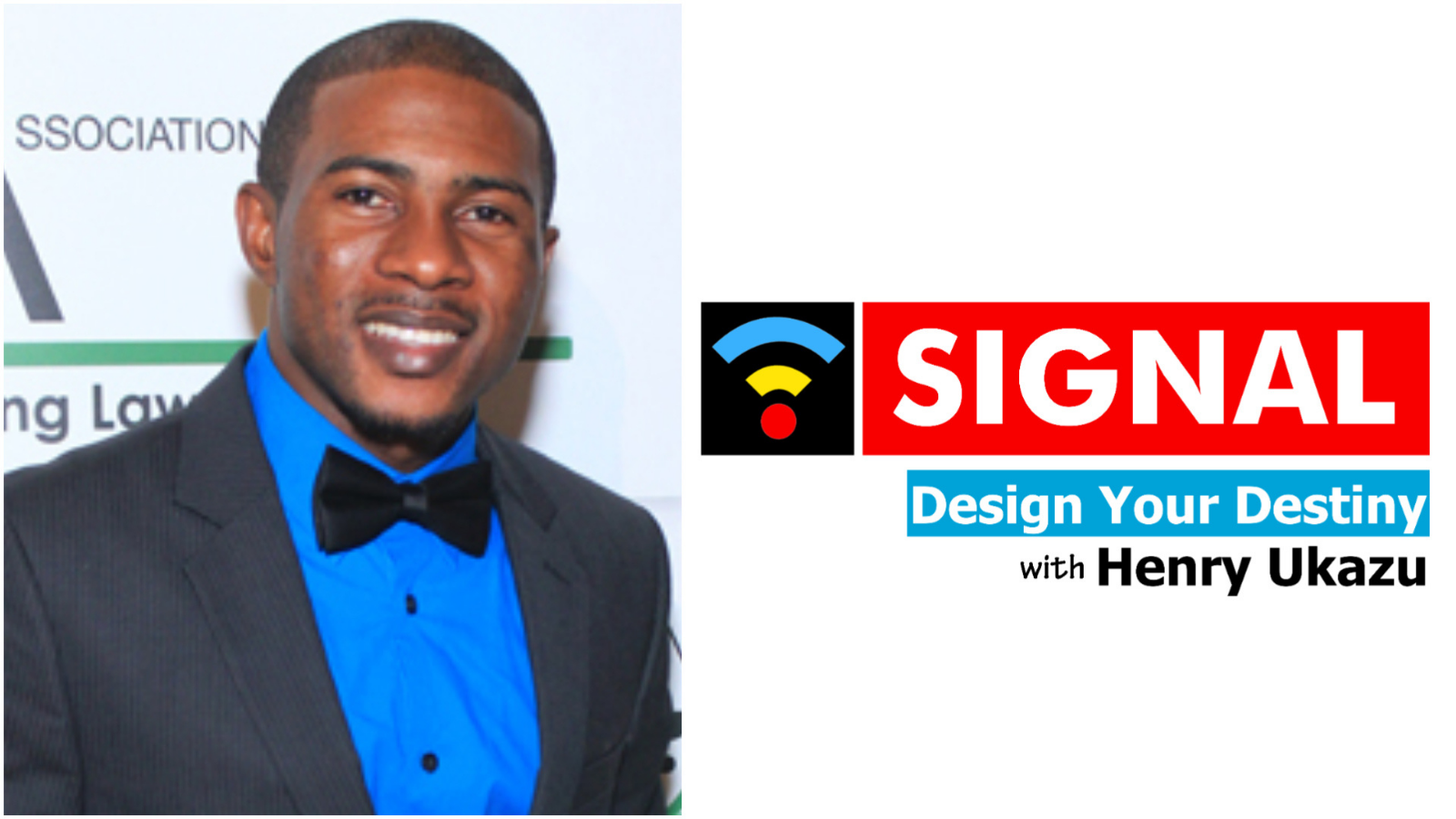 One of the world’s favourite singers, Teddy Pendergrass, in one of his hit tracks, It’s so good loving somebody when somebody loves you back, posited that one of the best feelings in life is to have a requited love; to be loved by the person you love. The feeling is unimaginable by every standard. Without mincing words, there is an uncommon strength love gives us. When there is mutual love among couples, they are bound to attract unimaginable blessings.

This article, however, is not about love per se, rather, love is used here to show how blessed we are when we have people who genuinely love us for who we are, despite our limitations. For instance, the love of a child by her mother is priceless.

When we talk of blessings, most times we think the creator of the universe will come down from heaven and bless us, we fail to understand that human beings are the real blessings. Someone once jokingly said, if God wants to bless you, he sends a man/woman to bless you, but if the devil wants to destroy a man, he visits him with a woman. The morale of this story is that human beings can either make or mar you. You cannot underestimate the importance of having the right people in your life, especially if you are married, have a business, or working on a project.

Sometimes, we think opportunities will come from heaven, but the truth is that the opportunity we seek is right in our hands. Sometimes, we think human beings will come through to us just because we are in need. The truth is that it is very rare to see people who can assist others without demanding anything in return. In most cases, people will only give you money when you have value, in terms of a product or service, to offer them.

It is imperative to note that one of the killers of opportunity is the poverty mentality. This is the major reason most people lose opportunities. These set of people think blessings, favours, opportunities and many more will come to them, they fail to understand that it doesn’t work that way. Sometimes, you will have to go out to search for the opportunities that is obviously searching for you.

Let me share a personal story. A couple of years ago, a young man named Sodeeq Abdulakeem Sulyman reached out to me via twitter to be his mentor after reading one of my articles. I felt honored, but was curious to know why he reached out to me, he said he has been reading my article and saw consistency in addition to the attitude and mindset I use to write, and that it appealed to his values. I gladly accepted the opportunity to add value into his life. It may interest you to know that this young man proved to be an exceptional being. It didn’t take long to make him the Chief Operating Officer of my company (GLOEMI). The interesting thing about this relationship is that we have worked on several projects, and we now work like a family. If this young man didn’t reach out to me via twitter, who knows if our paths wouldn’t have crossed. Do you see that your blessings are in your hands? You can apply the same strategy to win people.

Most times, we look for people to give us work, connect us to a resourceful person or even mentor us. The mistake we make is we don’t take time to add value to our lives. When you add value to your life, it will be easier for people to locate and connect with you. Value can be academics, skill, information, networking, right attitude or understanding.

Let’s take a case study of understanding. There was a story of two wealthy men who were taking a walk, Mr. A saw a poor man and said to Mr. B, let’s help this man, Mr. B said, it makes no sense because this man is not interested in anyone assisting him. If you help today, tomorrow he’ll return to this position. Mr. A said, he’ll give it a shot. He called the poor man and told him he’ll give him bread and that he should eat the bread alone. The man agreed. The rich man went to the bakery and told the pastry chef to add a $10 million check inside the bread and he gave it to the man. The man went home and informed the wife of what happened, the wife was happy he came back with a nice, delicious bread, but she queried him saying, only him can’t eat the bread alone when he has a family. All effort to make the woman understand proved abortive. They began to raise their voices and one of their neighbours heard the noise and asked if everything was okay, they explained the situation to the man, out of pity, the man bought the bread from them at a decent price since he observed they needed money and the wife was happy. When their neighbour went home, he was happy to see a $10million check and he quickly cashed the check and didn’t inform the couple.

On a subsequent day, this poor man was back on the street looking for support, the wealthy man saw him again and asked him if he ate the bread alone, he explained to the man what happened. The wealthy man told him he’ll give him another chance but this time around, he sternly warned him not to share the bread with anyone. The poor man was happy for the second chance, and promised he won’t share the break with anyone. When he arrived home, he explained to the wife what happened. But the wife wouldn’t accept the excuse which led to an altercation. Their neighbour came around and asked what’s the issue again, the couples explained their side of the story to the neighbor. The neighbor offered to pay double of the price he bought the first bread, the man refused, and the wife was infuriated. The neighbour increased the price again and again and the man refused, the wife out of annoyance accepted the money and told their neighbour to take the bread. Guess what, this time, there was a $20million check in the bread. The point of this story is that whatever we are seeking is also seeking us. The poor man lost a golden opportunity because of the poverty mentality.

Just like your life is in your hands, your blessings are in your hands. Therefore, take time to evaluate the people in your life, the strangers you meet on the street and the information circulating around you. In all these, if you can manage and nurture them, you’ll attract the desired blessings because success in life is more of a strategy as opposed to hard work.

Henry Ukazu writes from New York. He’s a Human Capacity & mindset coach. He’s also a  public speaker. He works with the New York City Department of Correction as the Legal Coordinator. He’s the author of the acclaimed book Design Your Destiny – Actualizing Your Birthright To Success and President of gloemi.com. He can be reached via info@gloemi.com

In this article:#DesignYourDestiny, Henry Ukazu 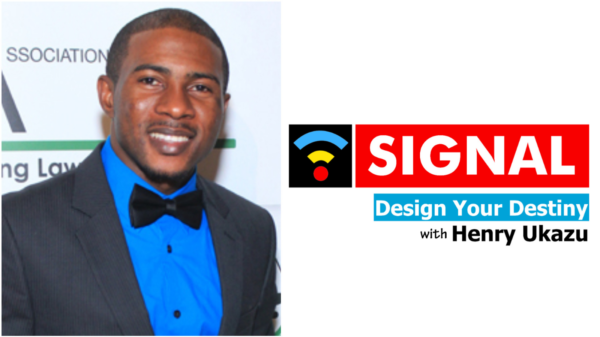 Dear Destiny Friends, No man is an island is an oft-quoted line that has proved over time the indisputable fact we all need people...

#DesignYourDestiny | You Are Called to Be a Blessing – By Henry Ukazu

Dear Destiny Friends, The greatest blessing in the whole world is being a blessing.”  Jack Hyles It is generally believed that the joy of...

Dear Destiny Friends, “Nothing worth having comes easy”- Theodore Roosevelt A one time Nigeria’s rave of the moment, Bongos Ikwue, in one of his...

#DesignYourDestiny | Living Above the Challenges of Life – By Henry Ukazu

Dear Destiny Friends, Challenges are regular occurrences in human existence, and so it is commonplace for them to be experienced in the cause of...