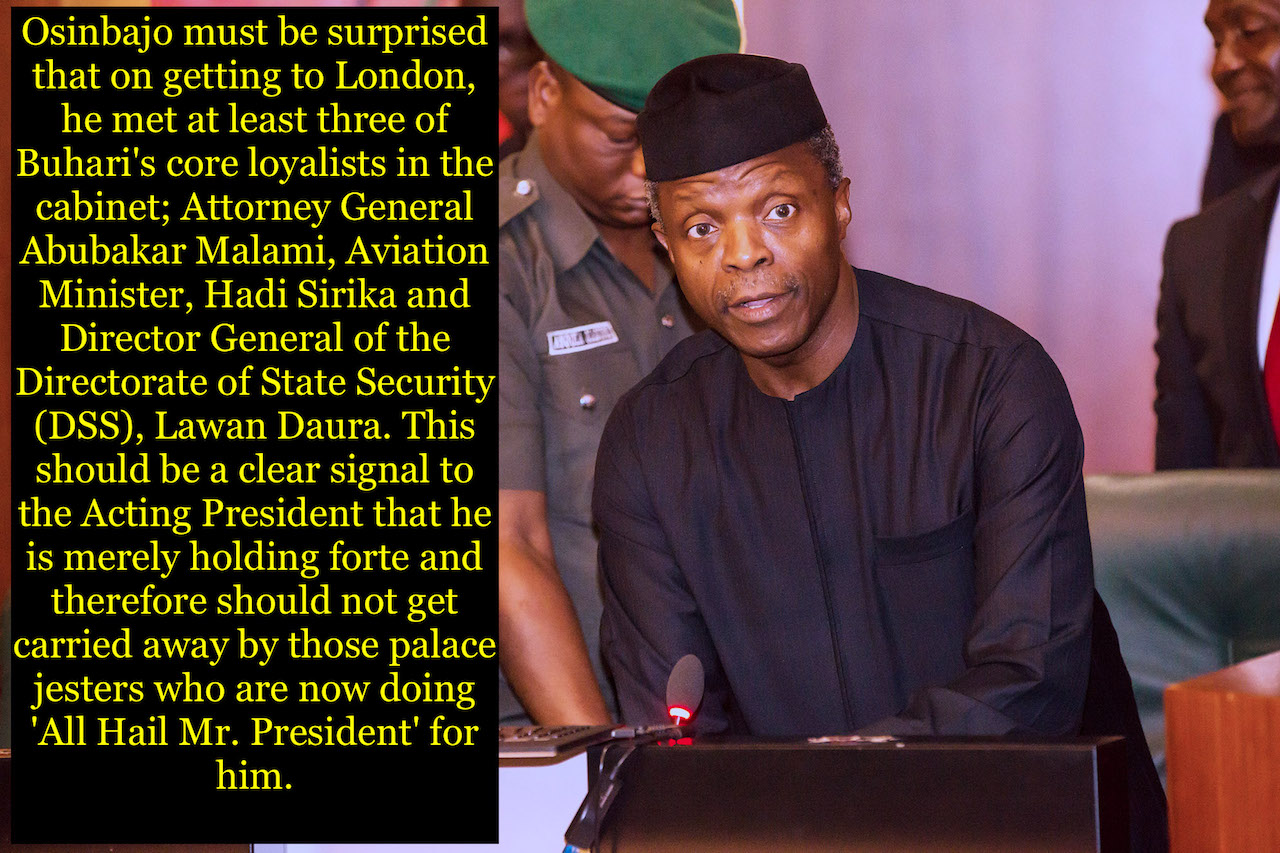 A pro-democracy group known as the Coalition for Sustainable Democracy on Wednesday called on the Acting President of Nigeria, Prof. Yemi Osinbajo to call some his supporters to order and not get carried away by the trappings of power as Acting President.

According to a statement signed by Mohammed Yakubu, the Chairman of the group, the coalition noted that Prof. Osinbajo must be surprised that on getting to London where he went to see the President, he met at least three of Buhari’s core loyalists in the cabinet; Attorney General Abubakar Malami, Aviation Minister, Hadi Sirika and Director General of the Directorate of State Security (DSS), Lawan Daura. This, the group said should be a clear signal to the Acting President that he is merely holding forte and therefore should not get carried away by those palace jesters who are now doing ‘All Hail Mr. President’ for him.

The group cautioned that the activities of Osinbajo’s supporters are constituting more dangers to the peace and unity of our nation than the various ethnic agitations and, even Boko Haram insurgency.

Read the full statement below;

We are a group of young Nigerians who are keenly following developments in the polity and believe that it is our civic duty to do everything within our powers to protect the current democratic system in the country. As part of our current engagement with members of the civil society and ordinary Nigerians, we feel compelled to make the following observations about governance at the Federal Level.