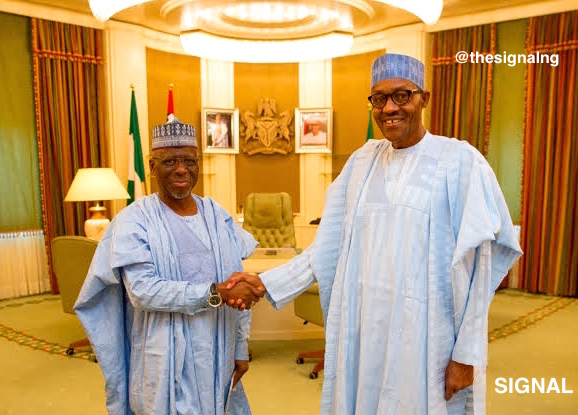 Kogi State Governor, Captain Idris Ichalla Wada has cautioned the All Progressives Congress (APC) against political intolerance by mounting a well-orchestrated campaign of intimidation and harassment against the opposition, in a bid by the ruling party to gain an unfair advantage in Saturday’s governorship poll in the state.

In a statement issued in Lokoja on Monday by Governor Wada’s Chief Communications Manager, Mr. Phrank Shaibu, the governor also wondered why President Muhammadu Buhari chose to look the other way while his party engaged in dirty and dangerous game to frustrate the opposition.

“While on the campaign trail ahead of the 2015 general elections, President Buhari said all the nice things about free and fair elections and one man one vote, but few months after assuming office, he now pretends not to notice when his party engages in actions that will not make the forthcoming governorship polls in Kogi and Bayelsa free, fair and credible,” he said.

Shaibu said the opposition in Kogi State had been systematically harassed and frightened, all in an attempt to skew the process in favour of the APC which now holds the reins of power at the centre.

According to him, recent utterances by the APC candidate, Mr Abubakar Audu, especially the statement he made in Kabba a couple of weeks ago, asking APC supporters to kill any PDP hoodlum actually set the tone for the harassment that PDP supporters currently suffer in Kogi State.

The PDP, however warned the APC that any attempt to rob the people of Kogi of their votes will be met with stiff resistance.

Shuaibu noted that the people of Kogi State were aware of former Governor Abubakar Audu’s dark past that was characterised by acid attack on journalists and politicians, and one wonders whether a man with such a provincial world view can successfully lead a complex, multi-ethnic, multi-religious and multi-lingual state like Kogi State.

He called on the president to write his name in gold by allowing a free, fair and credible election in Kogi State.

“All the pledges about organizing free and fair elections in next Saturday’s election will amount to nothing if the ruling party continues to intimidate the opposition, if it continues to use state resources and agencies, including the army and the police, to muzzle and frustrate the opposition.

“We are documenting these anomalies and will present them to Nigerians in due course,” Shaibu, added.

In this article:Idris Wada, Muhammadu Buhari