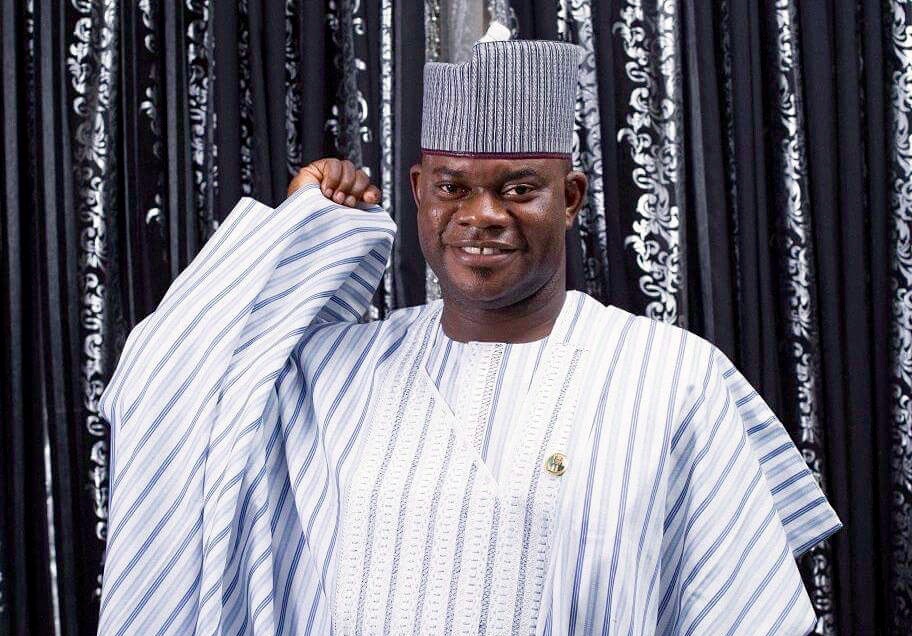 Kogi State Governor, Yahaya Bello, on Wednesday night warned that the opposition party, Peoples Democratic Party (PDP), is not a pushover that should be taken for granted by the ruling All Progressives Congress (APC) in next year’s general election.

He gave the warning when President Muhammadu Buhari hosted youth political appointees to a dinner at the Presidential Villa, Abuja.

According to him, the APC must go out aggressively to market to Nigerians, President Muhammadu Buhari and the numerous projects of his government in the last three years, if it must remain in power after 2019.

He said that the issue of perception must be taken seriously by the APC to ensure that no chance is given to the opposition to return to power in 2019.

The governor also declared that President Buhari remains the best President to lead Nigeria to greatness beyond 2023.

He said “All that the crooked PDP is offering Nigerians is that corruption is better than incompetence in quote. 2015 was about change, 2019 will be about progress.

“As members of the APC, we will not deny that our party has a huge task in the 2019 general elections, the election will never be a walk-over, the PDP will not be a push over.

“And we must take nothing and no one for granted. If we cannot defeat PDP, maybe we should not be influencers or we should not even go to politics.” he said

He added “President Buhari is a good product we know, but we must go out to sell him to Nigerians. Perception is very critical in times like this. If we fail, God forbid, the ugly narrative of PDP will overtake the land.

“Our score card is very rich and very rich enough. We must market the incredible accomplishments of Mr. President and of his administration to every voter and in a language he or she understands.

“If we fail, God forbids, the adverse narrative being put out by the PDP and other propaganda machine will dominate the land and shape perception.

“If we don’t market our product very well, a tough and progressive victory against a terrorist threat which continues to cost the lives of our brave military and law enforcement agencies will be mistaken for inactions.

“If we don’t market our product very well, try our political exposed offenders using long extant laws which previous leaders were not willing to deploy against cronies, accomplishments will be mistaken extra-judicial measures and disdain for the rule of law.

“If we do not put Mr. President’s achievements before our people so that they can sight it themselves, we will be agreeing with the PDP that in fighting corruption which he is offering again, is somehow better than the alleged incompetence of the APC which has accomplished everything I have enumerated above,”.

Executive Director at the Nigerian Social Insurance Trust Fund (NSITF), Jasper Azuatalam, said that most Nigerians were presently disappointed with the President because he has failed to perform the magic they expected.

He however stressed that it will be the worst things for Nigeria if power slides back to the PDP in 2019.

“I will likened PDP to a lion that has been put in the cage for a long time. I have interacted with their members and I know how hungry they have become because they don’t see free money as before.

“Like we always said in those days we lost elections, Mr. President will always get eleven to twelve million votes whether he operates from a party or not. That’s how goodwill we had that time.

“But that is because a lot of people believed that by Mr. President’s integrity and his anti-corruption, he is going to do magic when he resumes office as President. That in two months, Nigeria will change. They don’t know how it would happen.

“But the truth is that most of these have been disappointed because they didn’t see the magic. That is why we need to do the real work,” he said.