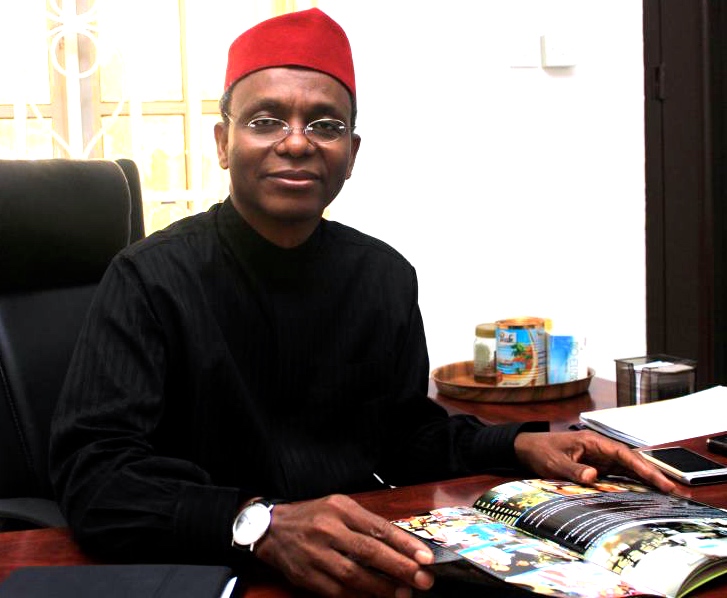 The administration of former President Goodluck Jonathan only spent N333 million on three independence anniversaries (2012-2014) and not the billions of naira being bandied about by the Kaduna State Governor, Nasir El-Rufai, an ex-minister has said.

Abubakar Sulaiman, the immediate past Minister of National Planning during the Goodluck Jonathan presidency, stated this in a statement on Sunday.

Mr. Sulaiman described as “tissue of lies” the statement by Mr. El-Rufai on his facebook wall on Thursday that the Jonathan administration spent billions of naira on Nigeria’s independence anniversary celebrations in five years.

“We would have allowed this to go as just ranting of a favour seeker, but for the sake of ordinary Nigerians who were abreast of happenings under the administration and also those who never did, we will like to set the record straight,” Sulaiman said.

The facebook post, which was widely shared on the social media, appeared to brand the Jonathan administration as wasteful and corrupt, especially after the current administration announced N70 million as the spending for this year’s October 1st anniversary.

Read his full statement below

We were taken aback by the recent comment reportedly credited to His Excellency, Governor Nasir El-Rufai where he claimed that the immediate past President, His Excellency, Dr. Goodluck Ebele Jonathan’s administration spent N64billion to cover the country independence anniversary spending in five years.

This tissue of lies was contained on his facebook comment on Thursday. Ordinarily, we would have allowed this to go as just ranting of a favour seeker , but for the sake of ordinary Nigerians who were abreast of happenings under the administration and also those who never did, we will like to set the record straight.

It is important to correct the misinformation so that the unsuspecting public would not be misled.

For the record, a breakdown of our anniversary spending between 2012 to 2014 amounted to N332.6million. We challenge the Office of the Government of the Federation (OSGF) to publish these details for the consumption of the public.

For the record, a breakdown of our spending for this event between 2012 and 2104 goes thus; 2012-107.6million; 2013-45million and 2014 had 180million. So, the question here is where did the billions as claimed by El-Rufai emanate from? Even though that of 2010 and 2011 are not handy now, but it should be known that they all fall within the same bracket as the one stated, except that the 2010 anniversary was a golden one when the country marked her 50 year of independence. But even then , not such outrageous sum was either budgeted or expended .

Again, it is germane to explain the increase in the 2013 anniversary spending for the purpose of accountability. The National Honours Award Investiture was incorporated into the celebration, thus making it two events in one, hence the N174,800,000.00 budget. We also want to add that the said award investiture could not hold in 2013 and the approved budget rolled over and was utilized to organise the investiture in 2014.

It is high time government functionaries desisted from abusing their immunity by destroying history and trading on lies just to gain cheap popularity or curry one favour or the other from certain quarters.

Perhaps President Olusegun Obasanjo was right in his assessment of El-Rufai when he said in his latest memoir, My Watch that his vivid recollection of him (El-Rufai)is his penchant for lying, for unfair embellishment of stories and his inability to sustain loyalty for long. That exactly is what El-Rufai has done with his ungodly fabrication of lies against Jonathan government.

One hopes that President Buhari would be on guard against being misled by the likes of El-Rufai who are hell bent on misinforming the Nigerian publics.