#EndSARS Protests: Accurate Information on Fatalities Not Available, Says US

The United States Government has said that information on the number of fatalities recorded during the #EndSARS protests in Lekki Tollgate last year, is not available.

According to the US Department of State’s 2020 Country Reports on Human Rights Practices, “Accurate information on fatalities resulting from the shooting was not available at year’s end”.

The communique noted that on October 20, 2020, members of the security forces enforced curfew by firing shots into the air to disperse protesters, who had gathered at the Lekki Toll Gate in Lagos to protest abusive practices by the Nigerian Police Force’s Special Anti-Robbery Squad (SARS).

Amnesty International had reported that 10 persons died during the event, but the government disputed Amnesty’s report, and no other organization was able to verify the claim.

The government reported two deaths connected to the event.

In its statement, the US government said one body from the toll gate showed signs of blunt force trauma while a second body from another location in Lagos State had bullet wounds.  The government acknowledged that soldiers armed with live ammunition were present at the Lekki Toll Gate,

At year’s end, the Lagos State Judicial Panel of Inquiry and Restitution continued to hear testimony and investigate the shooting at Lekki Toll Gate.

Below is the full statement by the US Govt regarding the tragic event which took place on October 20, 2020. 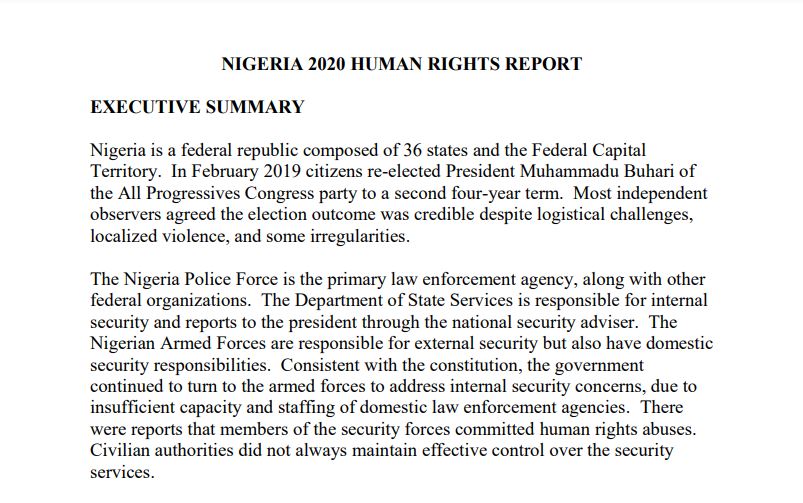 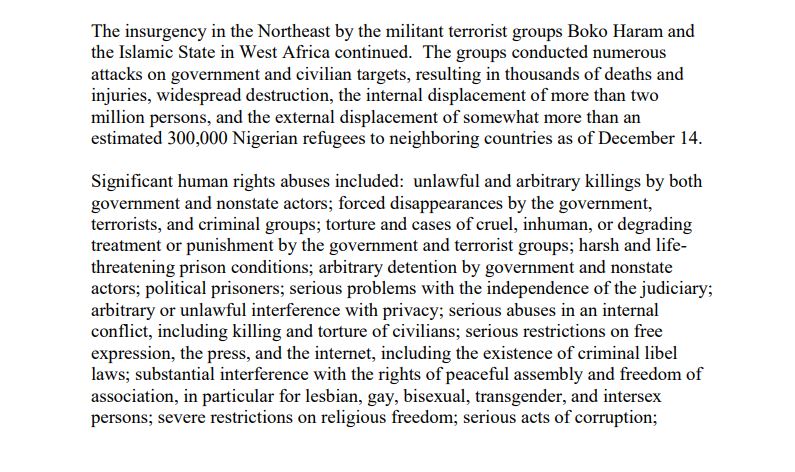 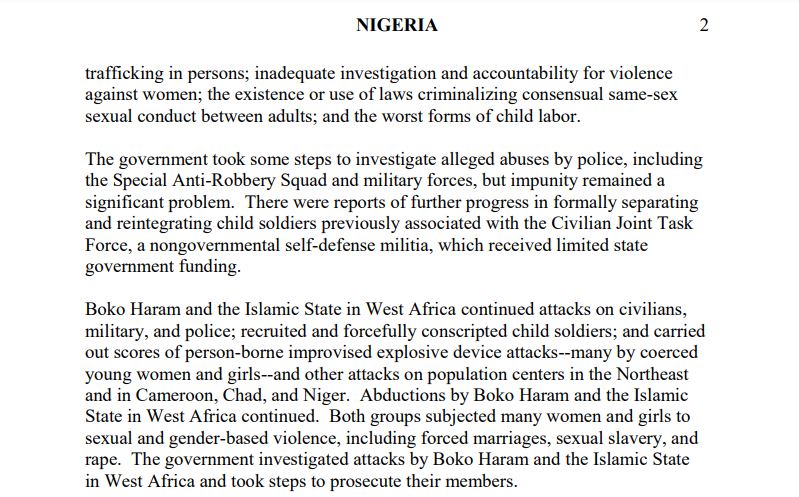 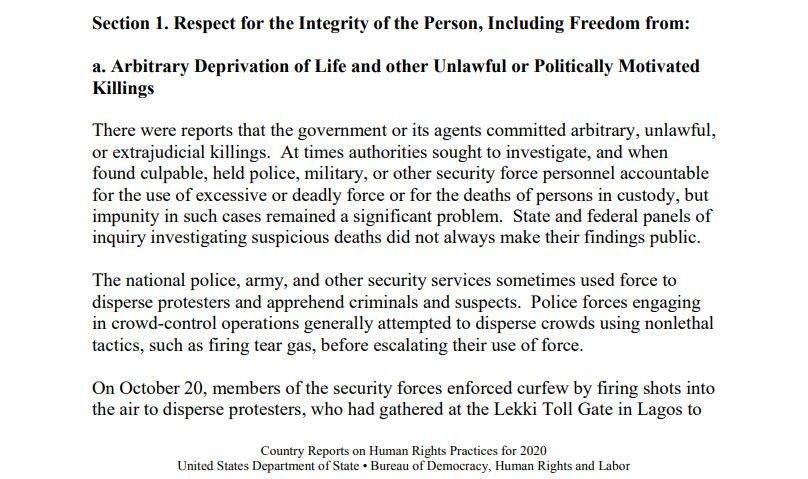 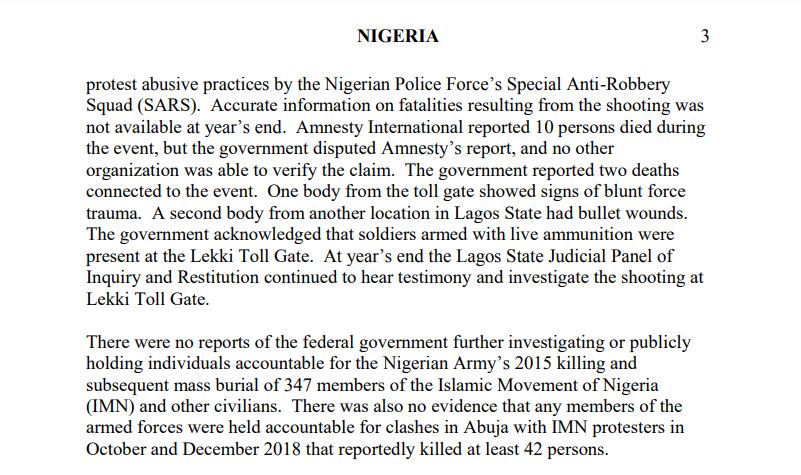 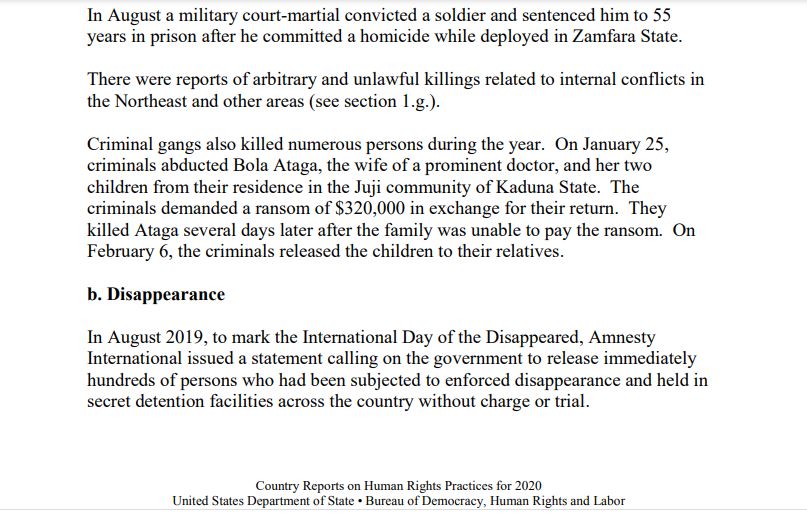 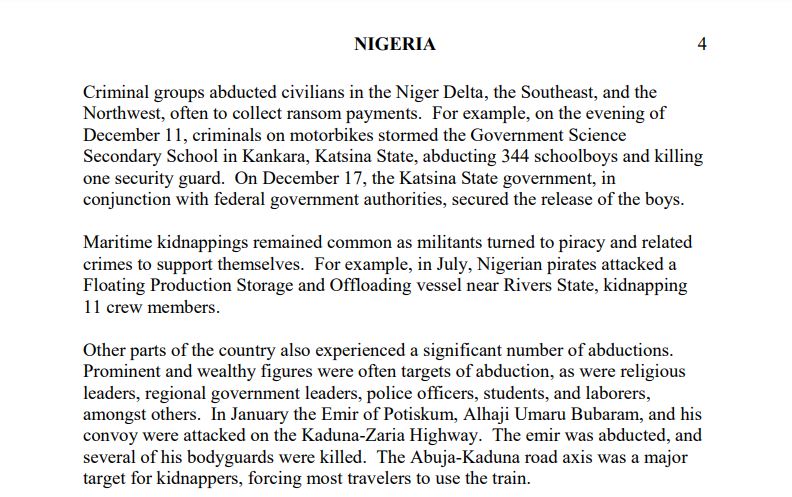 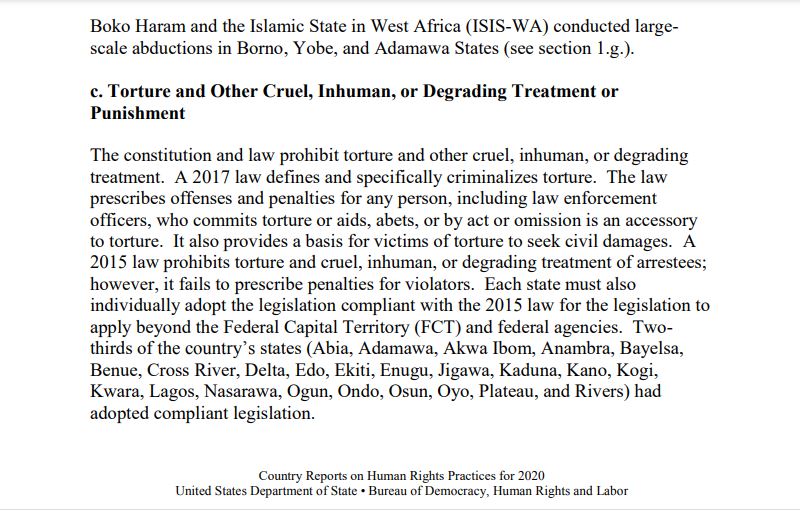 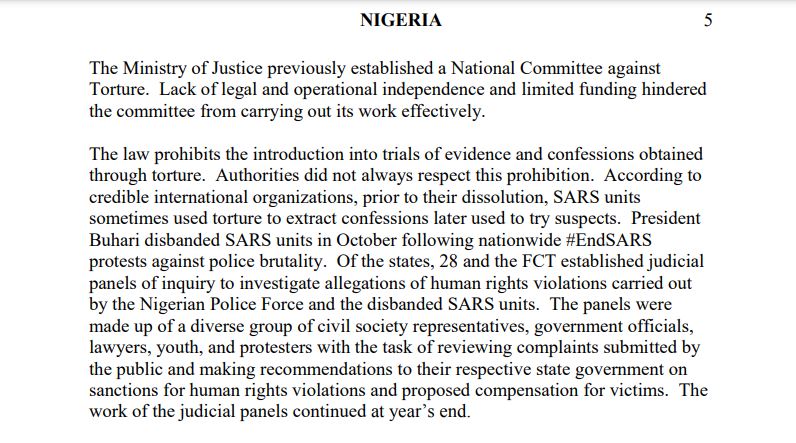 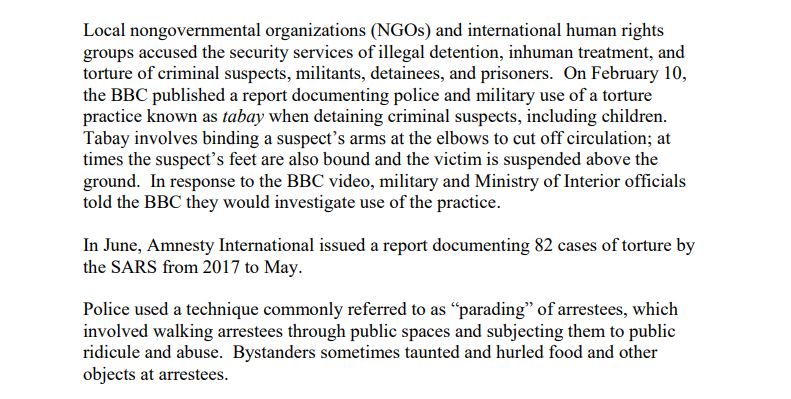 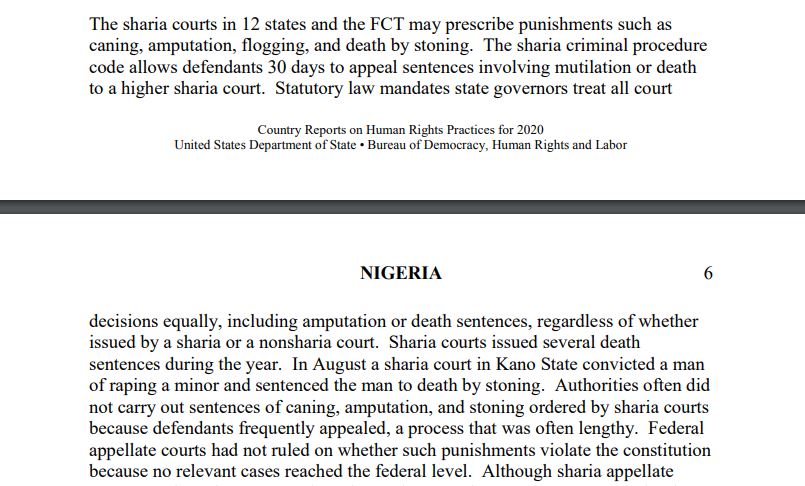 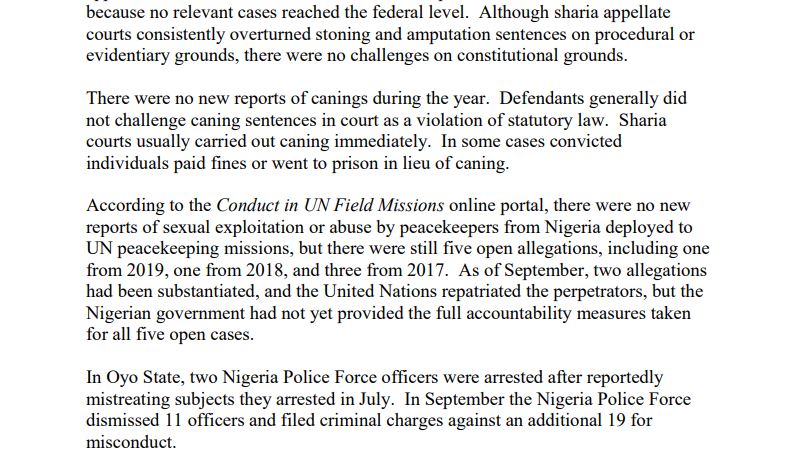 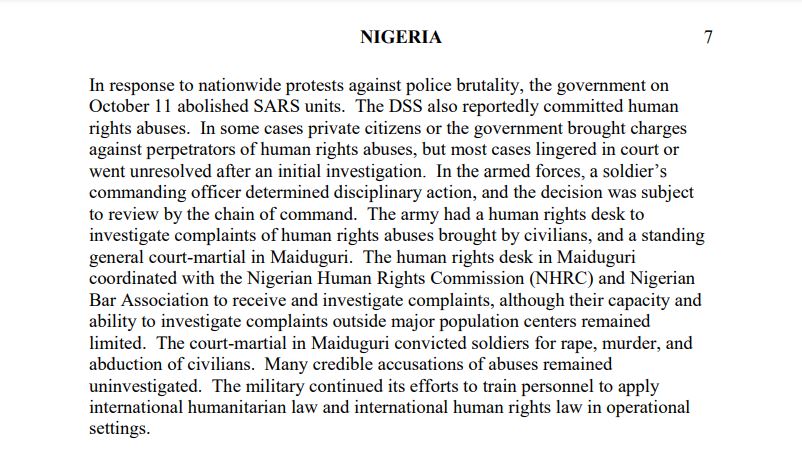