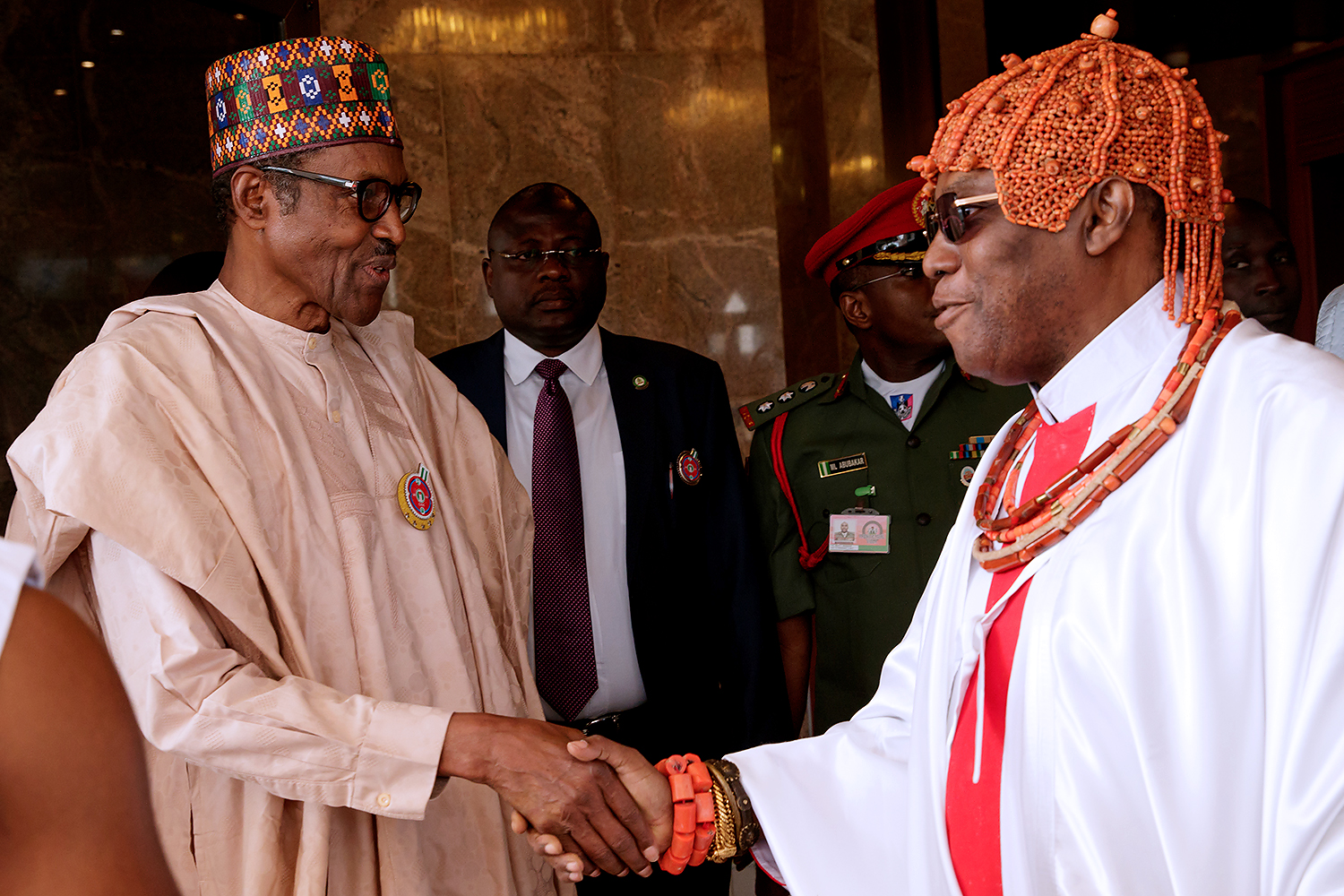 While receiving the traditional ruler at the State House in Abuja, the President spoke about his relationship with the immediate past Oba of Benin, Oba Erediauwa I, who is also the father of the visiting traditional ruler.

He described Erediauwa I as his “backbone of support” when he was Federal Commissioner of Petroleum Resources and, the late Oba was a Federal Permanent Secretary.

“I cannot hold back my emotions, talking about my relationship with your predecessor,” President Buhari said in a statement issued by his Senior Special Assistant on Media and Publicity, Mr Garba Shehu.

“After General Murtala Mohammed was assassinated, I was moved from the North East as governor to Ministry of Petroleum. Your father was then Permanent Secretary. My relationship with him was very strong. I have lost count of the number of visits to his palace as Oba.”

He also commended Oba Ewuare II for following the footsteps of his predecessor while reiterating his support for the traditional institution.

“I know and respect the traditional institution. I try as much as possible to understand why the authors of our Constitution kept silent about their role – that was probably the best thing way to preserve their neutrality,” he said. “Your Royal Majesty, you are safe where you are.”

He further commended the stabilising roles that the Eweka Dynasty of Benin Kingdom had been playing in the affairs of the country.

According to him, Nigerians have reasons to be proud of the stabilising roles Benin chiefs had played right from the colonial era to the current period, not only in the Delta region but the entire country.

In his remarks, the traditional ruler commended President Buhari for the way he has been handling security matters in the country.

He, however, urged the Federal Government to establish industries in the rural areas to curb unemployment, rural-urban migration and human trafficking among others.

Oba Ewuare’s delegation was made up of chiefs from other parts of Edo State, including the National Chairman of the All Progressives Congress, John Odigie-Oyegun.