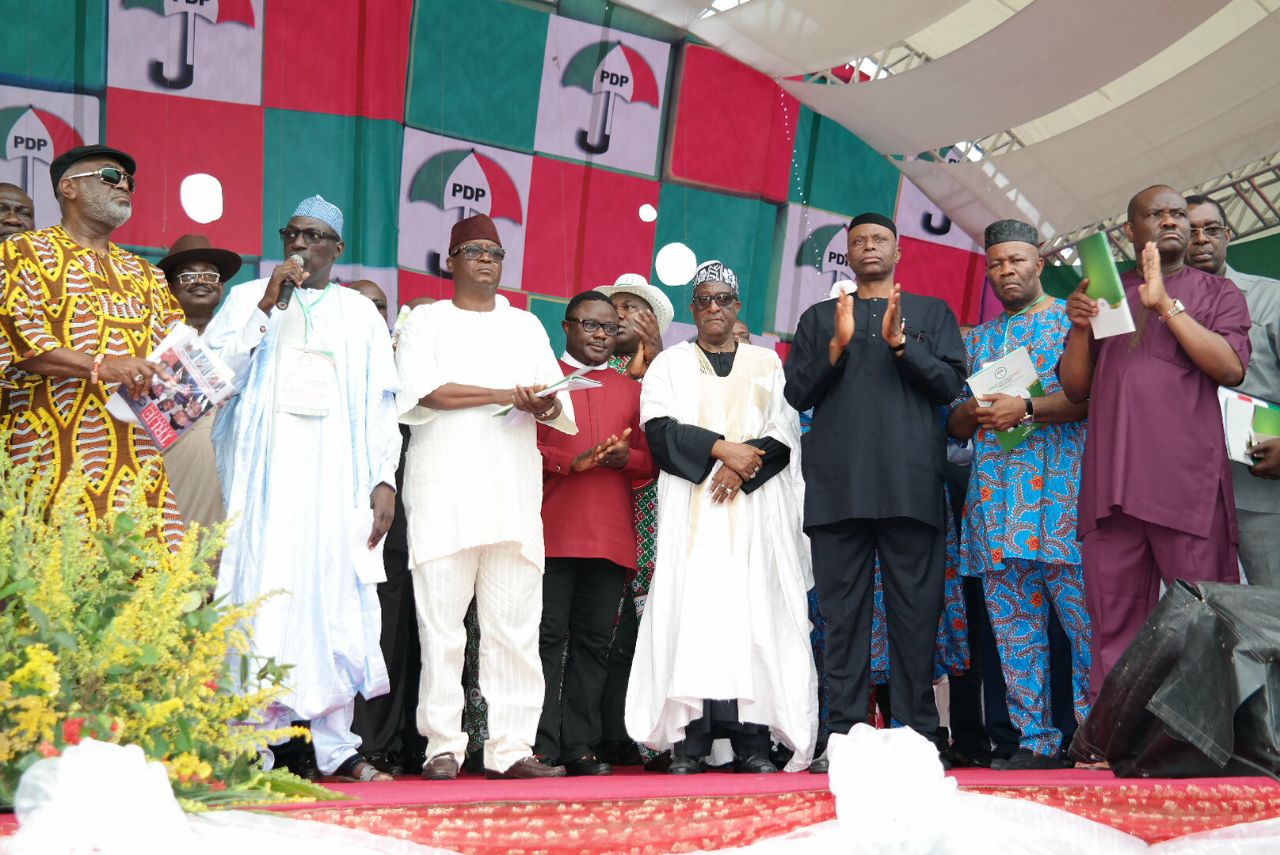 Justice Okon Abang of a Federal High Court in Abuja on Tuesday re-affirmed his Monday’s interim order stopping the Peoples Docratic Party from going ahead with its plan to conduct its national convention slated for Wednesday.

Punch reports that the judge on Tuesday turned the interim order into an interlocutory injunction that will subsist till the time the substantive suit is heard and determined.

He adjourned the hearing of the case till September 7, and gave a stern warning to the Chairman and Secretary of the Independent National Electoral Commission, not to monitor the planned convention.

The judge, who faulted the decision of the Port Harcourt Division of the Federal High Court to assume jurisdiction on the case relating to the PDP convention, also directed that his order be endorsed with Form 48 (Notice of disobedience of court order) and served on the INEC chairman and secretary.

He said failure by INEC or any of the defendants to comply with his order “will attract disciplinary action” provided “the plaintiffs ‎know what to do.”

He made the order after the plaintiffs, comprising the factional National Chairman of the PDP, Ali Modu Sheriff and others, moved their motion praying for the interlocutory order on ‎Tuesday.

The judge held that the motion was not opposed as the respondents, including members of Ahmed Makarfi-led ‎caretaker committee of the party, failed to file a counter-affidavit opposing the motion.

He said the Makarfi-led caretaker committee members who were only on Tuesday joined as the third to the ninth respondents adopted strategy of not filing counter-affidavit but other processes that were not found in the court file.

“They must sink and float with their legal strategy,” the judge ruled.

Justice Abang said the request for an adjournment by their counsel, Mr. Yunus Ustaz (SAN) and Chief Ferdinand Orbih (SAN), asking for an adjournment after the plaintiffs’ counsel, Chief Adeniyi Akintola (SAN), had moved his motion was an afterthought.

Counsel for the PDP, Mr. Olagoke Fakule (SAN) and that of INEC, Alhassan Umar, did not oppose the application.

The judge ruled, “In any case, the plaintiffs’ application ‎is not opposed by any of the parties. The law must take its course. The facts placed before this court are unchallenged by the respondents when they had the opportunity to do so. The facts deposed to by the plaintiffs are credible.”

The judge blamed the Port Harcourt division of the Federal High Court for the conflicting orders that had so far been issued by him and from Port Harcourt.

Justice Abang said the Chief Judge, Justice Ibrahim Auta, having first assigned the case relating to PDP convention to him as far back as July 4, the Port Harcourt division ought to have drawn the CJ’s attention to the a case later filed with respect to the same subject matter.