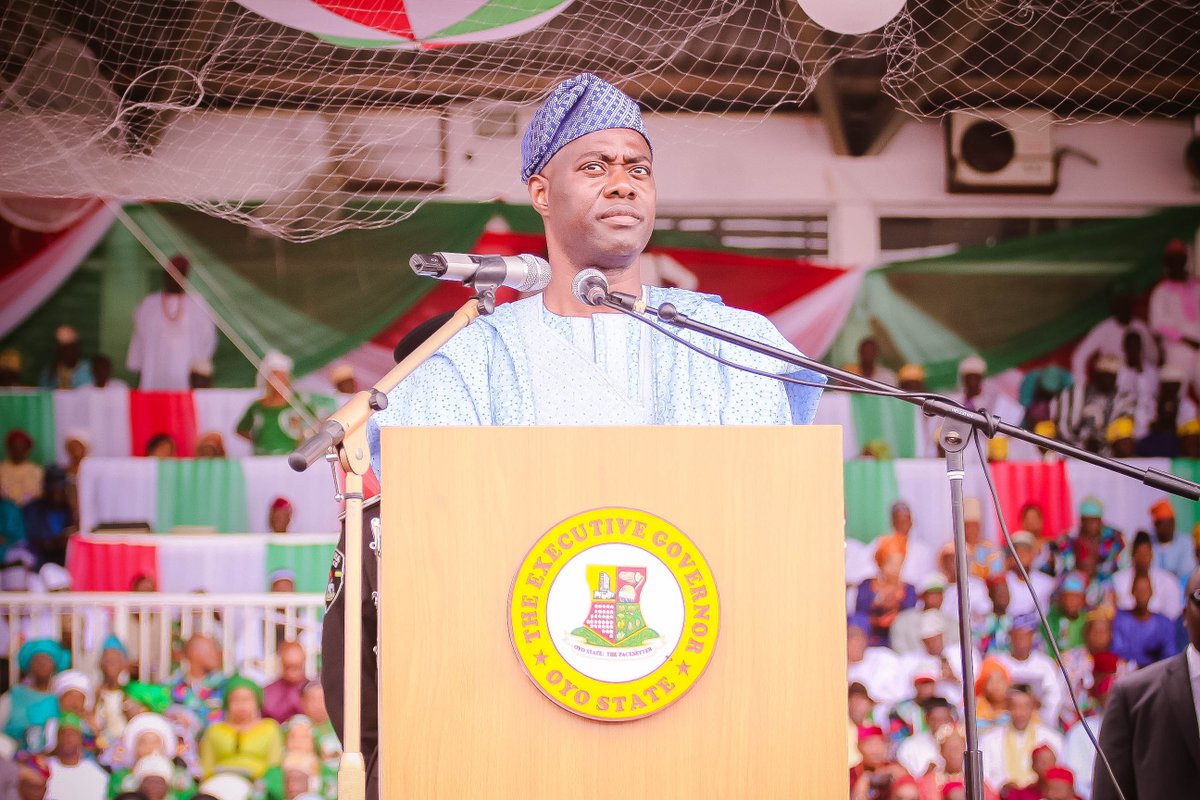 Less than a month into his tenure, the Executive Governor of Oyo State, Engineer Seyi Makinde has kicked off the promised sociopolitical revolution in the Pacesetter State by putting action behind his pre-election promises to advance youth and women inclusion in government. His recent appointment of the Director General of the Oyo State Due Process Office and of three personal aides has recorded a clear 50% allocation for women and a 100% focus on youth. Governor Seyi Makinde, who critics and fans regard as a proactive and pragmatic leader, is showing with these immediate actions that the days of patronage politics are over in the state, and that focus will be on meritocracy and excellence-driven service. This is further reinforced by the calibre of people he is including in his new government.

A good example is Ms. Tara Adefope, the newly appointed Director General of the Oyo State Due Process Office who is a United Kingdom-trained lawyer with an LLB Law (Hons) Degree from the University of Leicester and an MSc degree in Corporate Governance and Business Ethics from the Birkbeck University of London. Ms. Adefope also has considerable experience in the private sector and has worked with the International Finance Corporation (IFC), a member of the World Bank Group, where she led Corporate Governance activities in Nigeria and Ghana on the Africa Corporate Governance Programme. In her role, she will ensure that Due process is followed in the discharge of government functions and contract awards in Oyo State.

As part of his personal staff, Governor Makinde has also appointed 25 year old Ms. Ololade Ajibola as a Special Assistant on Special Duties to help create synergy between the various functional parts of the Governor’s team and to execute projects. Ms. Ajibola graduated with a degree in Sociology from the University of Ibadan is currently studying to obtain a Masters degree from the same University. Prior to this role, she volunteered with various not-for-profit organizations and worked with the Ministry of Women Affairs and Social development, Abeokuta, Ogun state. Other recent appointees of the Oyo State Governor are Mr. Akeem Azeez and Mr. Samson Adejumo who graduated with a Bachelor of Arts degree in Philosophy and Public Affairs from the University of Ibadan and a Bachelor of Sciences degree in Economics from the University of Abuja respectively. They will both serve as Personal Assistants to the Governor.

With these appointments and the recent emergence of 32-year old Honourable Debo Ogundoyin (PDP Ibarapa East Constituency) as the Speaker of the Oyo State House of Assembly, it is clear that Oyo State is moving into a future where young people have a strong voice in the affairs of the state and will be given opportunities to contribute to the growth of the state. With over 70% of Oyo State’s estimated 8 million people being below the age of 35, this new dawn in Oyo State will position the state as youth-friendly and innovation-driven destination.