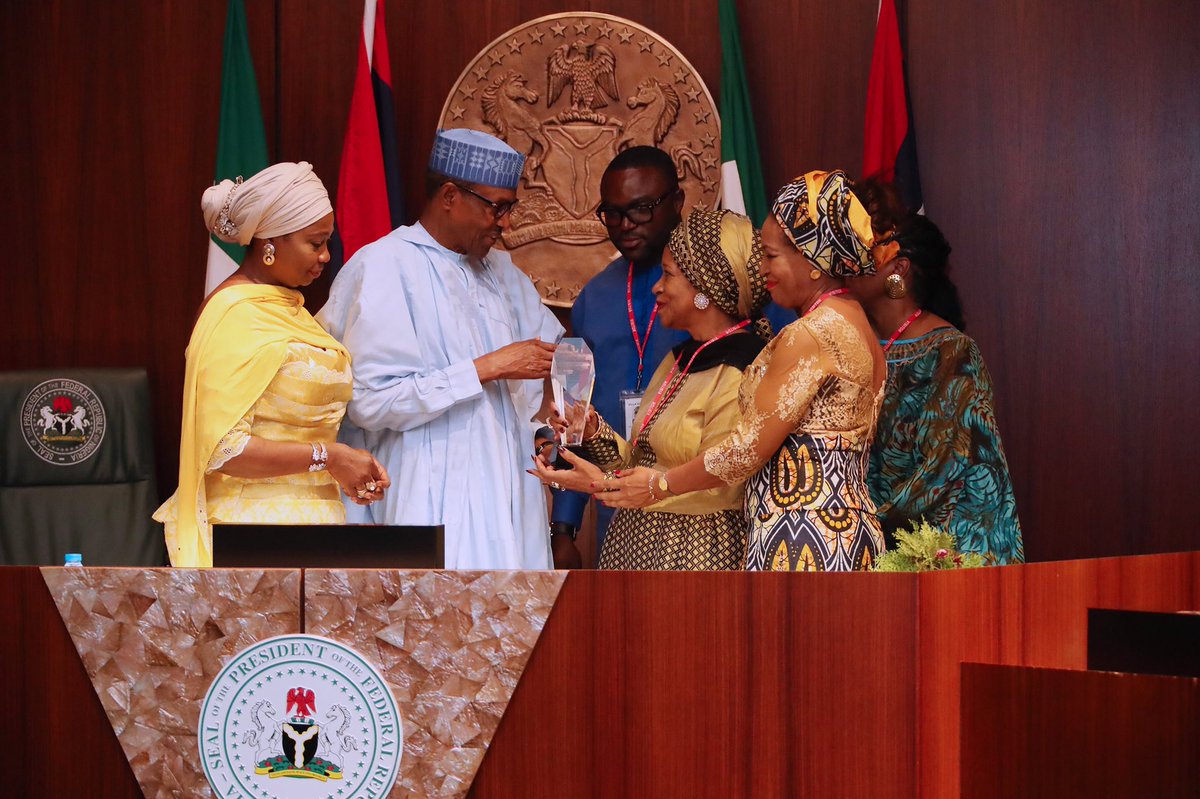 Read their statement below issued by the group’s spokesperson, Theophilus Abu Agada:

We received with dismay, the Black history award for exceptional leadership in Africa conferred on the Nigerian President, Muhammadu Buhari by the Martin Luther King Jr’s family.

Martin Luther King Jr was America’s foremost Civil rights activist who stood and died for justice. He led a nonviolent revolution against racial inequality and Black’s emancipation in America.

The actions and inactions of President Muhammadu Buhari since he was sworn in as the president of the Federal Republic of Nigeria negates the ideals and principles of what Martin Luther King Jr fought and died for.

Martin Luther King Jr fought for freedom, but today, under President Muhammadu Buhari, the leader of Islamic Movement of Nigeria, Sheik Ibrahim Zakzaky and his wife have been illegally detained for over 800 days against a valid court order that says they should be released unconditionally.

Many today in Nigeria are in political servitude because they do not belong to President Buhari’s political party.

Martin Luther King Jr had a dream, a dream where his four little children would live in a nation that they will not be judged by the color of their skin but by the content of their character. However, in our country Nigeria, the man that is being honored with Martin Luther King Jr’s legacy of equality and justice is known to be a despotic, tribalistic and nepotistic leader who has refused to adhere to the principles of federal character that allows equal opportunities for all.

The President sees people from other region and ethnic nationalities as lesser beings that must not be given an opportunity to serve in some sensitive positions of government.

He categorized citizens from Southern Nigeria as 5% people that must not enjoy what people from his 97% region who overwhelmingly voted for him should enjoy.

Minority Christians in the North have suffered so many losses, with the president abetting and pampering the perpetrators of the genocide that is ongoing in the North-Central region and Southern part of Kaduna state.

We condemn in its entirety, this prestigious award that was conferred on the president. He doesn’t deserve the award and as such, we are calling on the family of Martin Luther King Jr not to compromise the legacy of Rev. Luther by giving award to people that are undeserving.