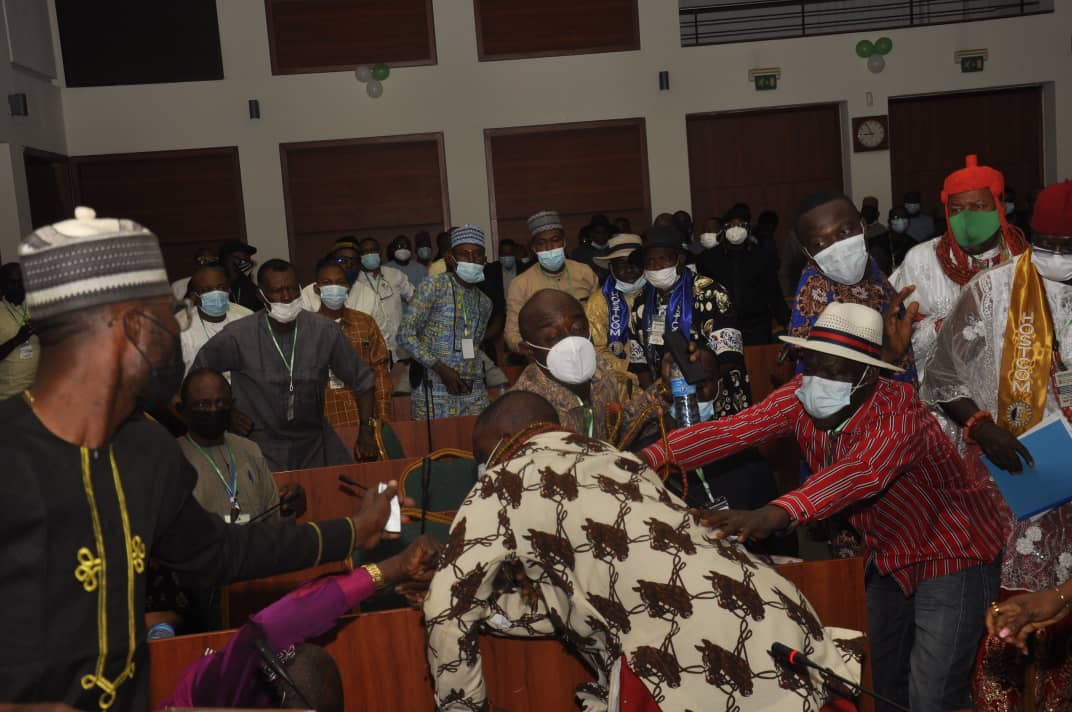 The House of Representatives has condemned the free-for-all that broke out at the public hearing of the Petroleum Industry Bill (PIB), 2020 on Thursday between two representatives of the host communities.

The spokesperson of the House, Hon. Ben Kalu, in a statement Friday, described the scuffle as contemptuous, saying it constituted a breach of the sanctity of the House.

He stated: “The House is appalled at the scuffle which broke out between certain participants from the host communities at the public hearing of the Petroleum Industry Bill (PIB), 2020 on Thursday, January 28, 2021.

“The actions of these culprits were contemptuous and constituted a breach of the sanctity of the House. Fortunately, they were immediately escorted out of the building and proceedings continued peacefully for the rest of the hearing.”

Kalu stressed that the 9th House is predicated upon the tenet of nation-building, as a joint task and its compliance with due process of public hearings is a manifestation of its commitment to that tenet.

He added: “Public hearings are a critical aspect of lawmaking. They are an opportunity to invite views from critical stakeholders on legislative interventions and are not an opportunity for virulent altercations or physical combat. Therefore, the House will not hesitate to ensure the arrest and prosecution of any offender who perpetrates a similar occurrence in the future.”

Kalu noted that within the chambers of the great institution of democracy, and indeed in all parts of Nigeria, there is need to learn to deliberate and resolve differences with grace, dignity and mutual respect that democracy demands.

He said that the deliberation of the PIB was to provide legal backing and protection for the development of host communities and for the collective good of the nation and a balance of interest between stakeholders of the petroleum sector.

According to Kalu, “Therefore, our ability to dissent peacefully and our ability to treat each other with dignity and respect even in the face of disagreement will play a key role in determining the success of one of the ideals for which this legislation is being considered; that grievance can be properly addressed without violence and chaos in our host communities.”

He assured Nigerians that the House remains on track to pass the PIB by April 2021, mindful that the legislation would reinvigorate the petroleum industry and promote economic growth in the host communities and the nation at large.

The House of Representatives has decried the growing spate of oil theft in Nigeria, warning that it may ground the economy if it remains...

The House of Representatives Committee on Defence, on Friday, held an emergency meeting with the military high command over threats by terrorists to attack...