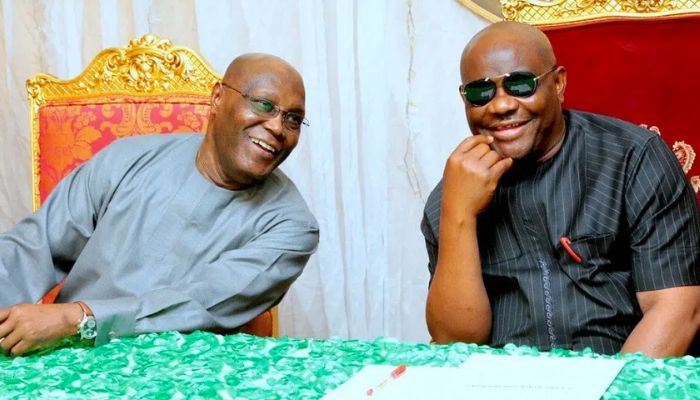 The former Nigerian leader will be holding a closed-door meeting with the presidential candidate of the PDP, Atiku Abubakar, and aggrieved five governors of the party otherwise known as G-5 in Minna, the Niger State capital on Friday.

The meeting is coming barely three days after IBB also received the presidential candidate of the rival All Progressives Congress (APC), Asiwaju Bola Ahmed Tinubu, and his team at his hilltop residence in Minna.

Sources hinted that the recent move at reconciliation leveraging on the outreach of IBB may have been powered by a former senior military intelligence officer and some interest groups from the North supporting the Atiku Presidency.

Meanwhile, in a related development, the PDP presidential candidate has reacted to the statement credited to the leader of G-5 and Rivers State governor, Nyesom Wike, during a press briefing in Bauchi State few days ago, where he said the group was still open to reconciliation.

In a press statement tilted, ‘Atiku Welcomes Wike Camp’s Peace Overtures’ signed by Atiku’s media adviser, Paul Ibe, obtained on Friday, he said the former Vice President of Nigeria welcomed reports that Governor Wike and his group were favourably disposed to the resolution of the issues with him.

“Atiku Abubakar also expresses his commitment to a negotiation that will resolve the crisis of confidence and pave the way for a much stronger and united PDP.

“The former Vice President of Nigeria notes that never at any time of the differences that has ensued has the doors been shut to Governor Wike and his group.

“He enjoins every leader of the party and their supporters irrespective of their leanings to be open-minded and support the process of resolution of the extant issues,” Ibe stated.

The PDP G-5 has been at loggerheads with Atiku and the PDP leadership since the emergence of the party’s presidential candidate for the 2023 elections, over the continued stay of Dr. Iyorchia Ayu as the party’s national chairman.