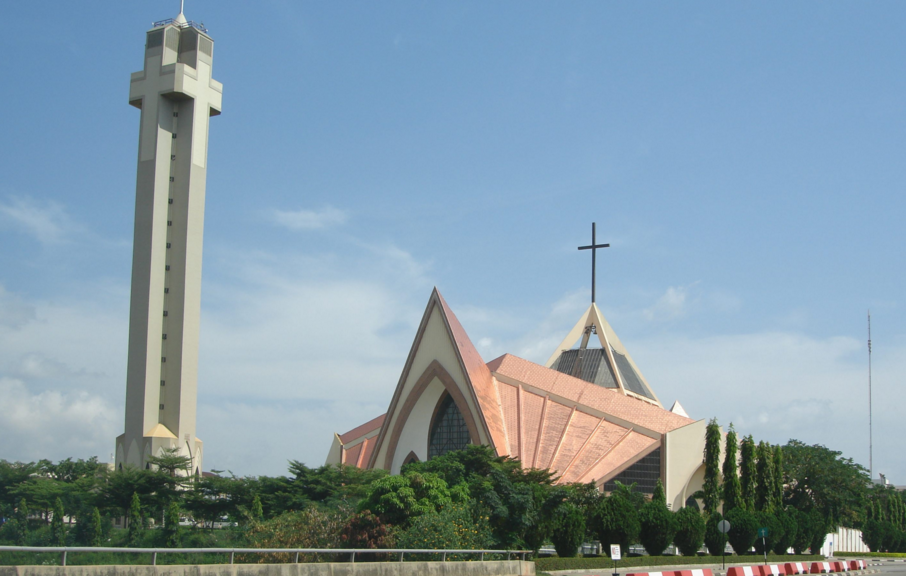 The Nigerian church is perhaps the most widely recognized in Africa and even maybe the world at large. Nigerian churches and Church leaders have popped up on the list of the richest, most populated and churches with most branch numbers across the world according to credible research. The glory of the body of Christ has truly manifested in the strength and will of Nigerian leaders of Church congregations across the globe.

Recently the Nigerian church has faced a lot of criticism because of its denominational diversity, a feature that is often identified as the cause of the big divide in the “body of Christ”. This denominational divide has crept into the very fabric and organizational culture of Nigerian Christianity. For the most part, denominational control appears to have taken over the quest for real impact in society.

Whereas the Christian Association of Nigeria (CAN) is in place to try and unite Christians in Nigeria, it has been long accused of being a political appendage of the Nigerian government and to be honest, several church leaders have been entangled in the muddy web of Nigerian politics. Right now, the vice president of Nigeria is a top pastor in the Redeemed Christian Church of God, a Pentecostal church that is often acclaimed as one of the biggest in the country.

As divided as the Nigerian church seems, the only right thing to do is to unite it and not further divide it. It is against this backdrop that I find the recent publication by YNaija and their Church Culture initiative titled, The 100 Most Influential People in Christian Ministry in Nigeria, quite unsettling. According to the publishers, the list was “a select group of Nigerians leading the charge for Christian Ministry in contemporary society”.

While the list glorifies a select group of Christians and Christian leaders in Nigeria, it further questions any spiritual resolve to unite the Church.

Apart from the fact that the list is defective because it does not carry the names and contributions of several Nigerian Christians who have worked immensely, albeit quietly, to the growth of the Nigerian Church, such a list should not even exist in the first place.

Selecting who is “most influential” in the Church only promotes an unhealthy Church rivalry as a lot of Nigerian Christians who feel they may have contributed immensely as well or even more than the selected 100 may feel aggrieved because they have been overlooked by the compilers of the list. The Church already has enough battles to fight, we should not in the name of ‘Church Culture’ add more problems to their plate. For instance, where in that list is the respected and venerable Bishop of the Roman Catholic Diocese of Sokoto, Matthew Hassan Kukah who has mediated in some of the worst religious conflicts between Muslims and Christians in Northern Nigeria? Where is Pastor Sunday Adelaja, the founder of the Embassy of God Church in Ukraine, one of the biggest churches in the world? Where is Sunday Ogidigbo, the youthful Pastor of Holyhill Church, Abuja who is known to have mediated in most conflicts by some of Nigeria’s biggest social media influencers? Where are names like Dele Osunmakinde, Kayode Ijisesan and Agu Irukwu who has been voted Britain’s most inspirational black person? Where is ace gospel singer Yinka Ayefele and Gbenga Adenuga? How did these names even manage to disappear in that list? I hope my objective readers can now see how disingenuously polarising such a list can be.

Secondly, it is not in the place of men to reward, rank, rate or exalt the good works of men towards the advancement of the Kingdom of God. It is counter Christian culture! The Bible tells us that “the Lord knoweth them that are His” and “not every one that saith unto me, Lord, Lord, shall enter into the kingdom of heaven; but he that doeth the will of my Father which is in heaven.”

The point is; only God actually knows His true worshippers, not media organizations and certainly not ones established for the sole purpose of turning a financial profit. Servants of God should be left to their God in whose eyes they are accountable as influential, not-influential, failures or successes.

The moral in this viewpoint is further amplified by Mathew 7:23-24; “Many will say to Me on that day, ‘Lord, Lord, did we not prophesy in Your name, and in Your name drive out demons and perform many miracles? And then will I profess unto them, I never knew you: depart from me, ye workers of iniquity.”

Again, in Mathew 18:1-5, we see our Lord Jesus Christ – the supreme model of our Christian faith de-emphasizing this concept of who is the “greatest” or most “influential” in God’s kingdom. That scripture reads; “At that time the disciples came to Jesus and asked, “Who, then, is the greatest in the kingdom of heaven?” He called a little child to him, and placed the child among them. And he said: “Truly I tell you, unless you change and become like little children, you will never enter the kingdom of heaven. Therefore, whoever takes the lowly position of this child is the greatest in the kingdom of heaven. And whoever welcomes one such child in my name welcomes me.”

As good as the intentions of the publishers of this ‘100 Influential List’ may seem, it is instructive to note that the ‘Church’ and the ‘World’ are actually worlds apart and while the Church must embrace innovation and new age technologies, it is not every idea that sells in Hollywood that we must import into the body of Christ.

Ranking the most influential people in the Nigerian Church based on what the physical eyes can see – or the desires to fill the bank accounts of the promoters – is a dangerous slope that the Church must not thread. There is nothing in the Bible that suggests that we should condone or embrace this strange anti-Christ method.

Most likely, than not, the promoters of this 100 Most Influential List are seeking for influence in the Nigerian Church and are regurgitating the playbook the same group used to build political influence with the youth population, media industry, business, and politics as a shortcut to Church influence.

Church culture must be encouraged to be about soul-winning, saving the lost, and expanding the gospel of Christ to the ends of the earth, and above all, walking in humility, certainly not a parade of dull vanities. When Church culture becomes re-defined into a popularity contest – who has the biggest church building, who has the largest congregation, who is the best dressed pastor, the Church becomes a playground for the promotion of lust for power, influence, materialism, hierarchy and superiority.

We must not forget why Lucifer fell.

‘Yemi Adebowale, a public affairs commentator writes from Abuja. He tweets via @AdeyemiBowale