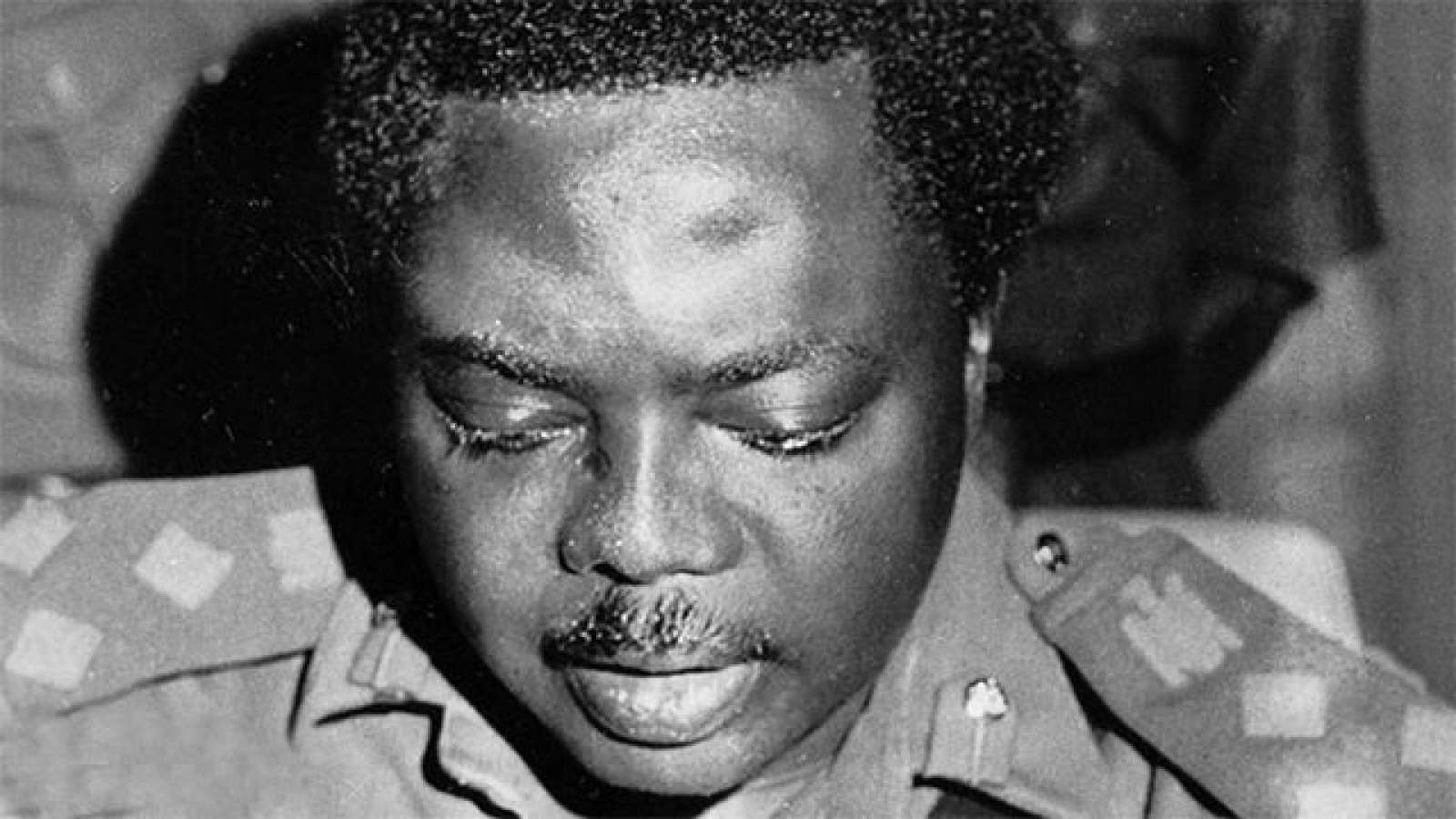 This essay is about one of the most horrific events that has ever taken place in our history and one of the most graphic examples of ethnic cleansing that took place during our civil war.

It is an event which mortified the civilised world  and which brought our nation and Armed Forces opprobium, disdain, contempt and shame.

It is an event that turned the earth red with blood and the sky black with death on the accursed day that it took place.

It is also an event which successive governments have attempted to brush under the carpet, forgetting that we owe it to God and to the slaughtered innocents to establish the facts, set the record straight and let the truth prevail.

Whether anyone likes it or not what happened in Asaba on October 7th 1967 will constantly be revisited and one day, when history is taught in our schools, it will be a reference point for all that is sordid, unclean and reprehensible about our turbulent and ugly past.

One day it will remind us of the depth of the brutality and sheer callousness that often prevailed in the old Nigeria and hopefully we shall garnish that reality with the firm resolve that such a thing will NEVER happen again.

The facts are as follows. The Commanding Officer of the Second Division of the Nigerian Army that retook Asaba from Biafra was Lt. Colonel Murtala Mohammed. He was to become Major-General Murtala Mohammed and our nation’s Head of State within the next eight years.

One of his key officer’s and the man that actually led the soldiers into Asaba on that day was Lt. Colonel Ibrahim Haruna (better known as Lt. Col. IBM Haruna).

He was the commanding officer whilst one Major Ibrahim Taiwo, who actually gave the orders for the massacre to commence, was his second in command.

“the Federal troops entered Asaba around October 5 1967 and began ransacking houses and killing civilians claiming they were Biafran sympathisers. Leaders summoned the townspeople to assemble on the morning of October 7 hoping to end the violence through a show of support for “One Nigeria.” Hundreds of men, women, and children, many wearing the ceremonial akwa ocha (white) attire paraded along the main street, singing, dancing, and chanting “One Nigeria.” At a junction, men and teenage boys were separated from women and young children, and gathered in an open square at Ogbe-Osawa village. Federal troops revealed machine guns, and orders were given, reportedly by Major Ibrahim Taiwo, to open fire. It is estimated that more than 700 men and boys were killed, some as young as 12 years old, in addition to many more killed in the preceding days. The bodies of some victims were retrieved by family members and buried at home. But most were buried in many mass graves without appropriate ceremony. Many extended families lost dozens of men and boys. Federal troops occupied Asaba for many months, during which time most of the town was destroyed, many women and girls were raped or forcibly “married,” and large numbers of citizens fled, many not returning until the war ended in 1970″.

When the Federal troops “liberated” the town of Asaba from the Biafran Army, they invited all the young boys and old men into the town- centre for a briefing.

Most of the men that were of fighting age had fled the town and retreated into the east with the Biafran army. The people left behind were mostly women, children and the elderly.

At Ogbe Asawa the old men and young boys were asked to come out and report in the town square.

They neither carried nor possessed any weapons and they offered no protest or resistance. As a matter of fact history records that many of them went to the town centre with great hopes of reconciliation and big smiles on their faces believing that they would find favour with their Nigerian “liberators”.

When they got there they were lined up in neat rows and, within the space of one hour, every single one of them was dead.

Those that were not shot to death were hacked to pieces and bludgeoned to death with knives, cutlasses, cudgels, axes and bayonets.

Some were beheaded whilst others had their organs and private parts cut off and were badly mutilated. Worse still many had their eyes removed.

Rivers of blood flowed through the town square as swarms of flies and hordes of vultures nested and feasted on the bloated corpses of the slaughtered innocents.

The stench of death and rotting flesh was compelling and overpowering whilst the entire community was stunnned with horror, frozen with fear and gripped with terror.

Each and every one of them lost someone on that day and, as the bodies of both the young and old were thrown into mass graves, the entire town was thrown into weeks and months of weeping, wailing, mourning and gnashing of teeth.

Other than the pre-meditated, cold-blooded and utterly callous “murder by starvation” policy of Gowon’s Federal Military Government which led to the death of over one million Biafran children, this event, which came to be known as the “Asaba massacre”, was undoubtedly the single most horrific and brutal act of genocide in the Nigerian civil war.

Clearly those that were behind it forgot that the blood of the innocents and martyrs never goes to waste. They also forgot that the Lord of Hosts is a God of vengeance and the Ancient of Days always rewards and repays.

34 years later, in 2001, during the tenure of  President Olusegun Obasanjo and in front of the Justice Oputa-led Truth and Reconciliation Commission, Colonel IBM Haruna (who by that time had become a Major-General and was the Chairman and leader of the Arewa Consultative Forum), said the following words under cross examination in front of millions of Nigerians who watched the event on live television.

He said, “as commanding officer and leader of the troops that massacred 500 men in Asaba, I have no apology for those massacred in Asaba, Owerri and Ameke-Item. I acted as a soldier maintaining the peace and unity of Nigeria”.

He went further by saying:

“If General Yakubu Gowon apologised, he did it in his own capacity. As for me I have no apology”.

The fact that these were mostly defenceless little boys and elderly men who bore no arms, who carried no weapons, who offered no resistance and who were non-combatants during the war had no bearing or impact on the reasoning or thinking of this man.

He expressed no remorse and no regrets for his reprehensible actions and he offered no compassion or sensitivity towards his harmless and trusting victims.

And neither did he have any empathy with or sympathy for the families that they left behind.

His mindset and attitude was sociopathic in nature. He refused to recognise or accept the fact that his actions were not only barbaric and utterly evil but also completely unnatural.

This was a man who, under the administration of General Yakubu Gowon, was bestowed with the distinct honor and privilage of being appointed as Federal Commissioner of Information and Culture (the equivalent of Minister of Information and Culture) in our country, yet he openly expressed his pride and joy in slaughtering hundreds of innocent children, defenceless elderly men and helpless senior citizens in the name of “keeping the peace” and ensuring “Nigerian unity”.

Such impunity and callousness has rarely been seen in the annals of world history. Not even Hitler’s Nazis that gassed 6 million innocent Jews and Gypsies to death in concentration camps during the Second World War spoke with such pride and joy about their sheer barbarism and horrendous atrocities either at the Nuremberg Tribunals where they were put on trial or at any other time after the conclusion of the war.

Worst still the open and public expression of this inhumane and utterly primitive attitude and sentiment by IBM Haruna proves more than any other that ever since the beginning and indeed right from the start southern Nigeria has been under the cruel yoke and bondage of the most inhuman form of subjugation, slavery and repression.

We were (and still are) held together as a nation by nothing other than the fear of heartless and ruthless men like IBM Haruna and the force of arms.

I sincerely hope that one day this wicked man who has no milk of human kindness flowing through his veins and who is incapable of harbouring any compassion faces justice for his heinous crimes.

That is the least we could do to appease the souls of those that were so cruelly and brutally murdered in Asaba and give them the justice that they are screaming for from their graves.

Interestingly, Major Ibrahim Taiwo, the officer who actually ordered the soldiers to shoot the civilians and who reported directly to Lt. Colonel IBM Haruna on that fateful day, was himself murdered nine years and five months later on February 13th 1976.

He was killed alongside General Murtala Mohammed, the then Head of State and the civil war Commander of the Second Division to which they all belonged, during an attempted coup by Colonel Bukar Dimka.

What an irony and strange twist of fate this was. Surely there is a lesson to be learnt there.

May the souls of those that were massacred in Asaba on October 7th 1967 continue to rest in peace and may the Lord continue to strengthen and comfort their families and loved ones. Happy Easter! 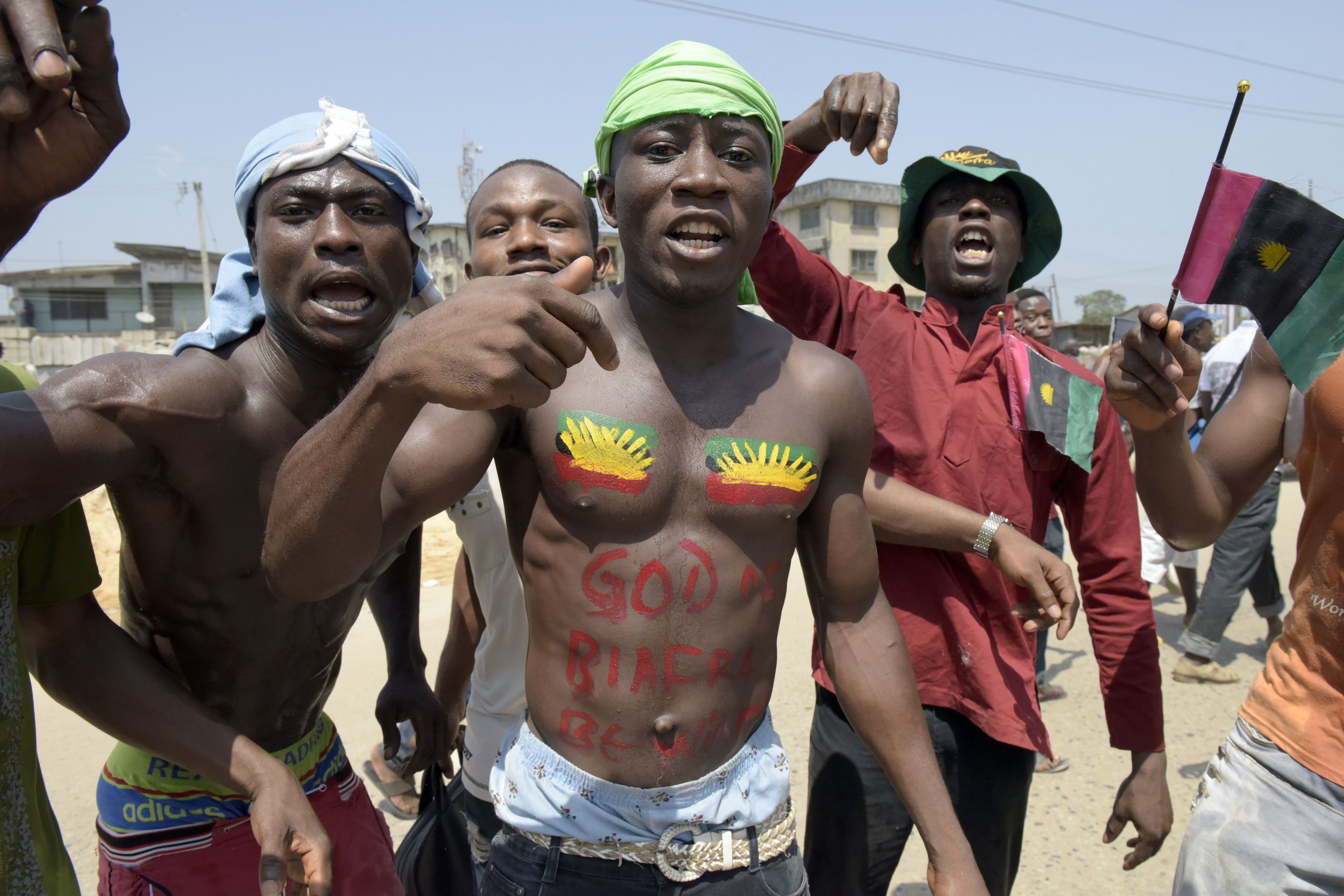 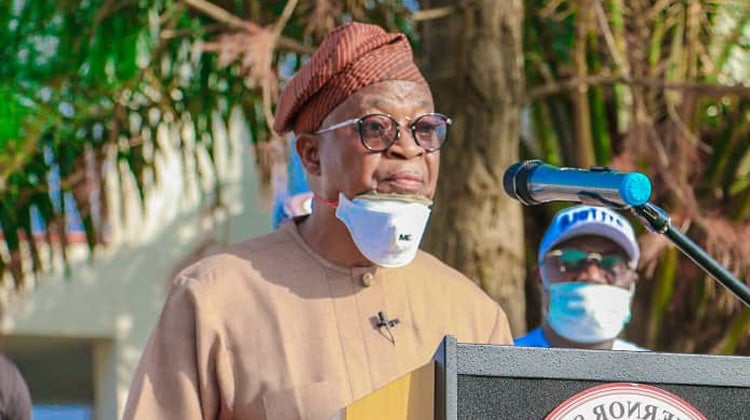 Osun State governor, Gboyega Oyetola has described those agitating for a Yoruba Nation and the Biafra Republic as “unserious” people. The governor, who says he...