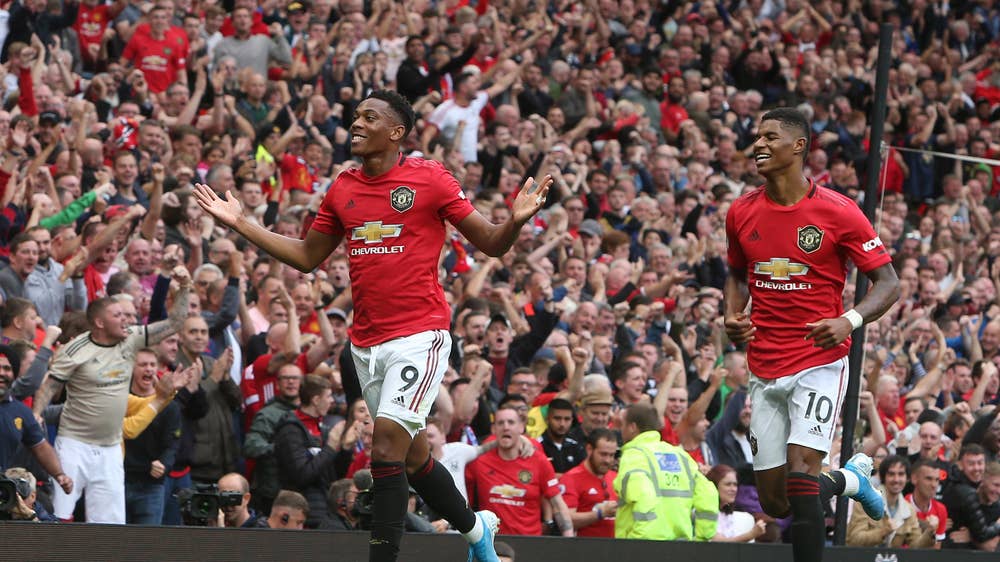 Manchester United delivered a counter-attacking masterclass to demolish a new-look Chelsea 4-0 at Old Trafford Stadium with a blistering second-half performance.

This was United’s biggest Old Trafford win over Chelsea since 1965.

Chelsea dominated the first quarter of the match, Tammy Abraham hitting the post with a fierce angled shot while De Gea saved from Mason Mount.

Man United would, however, score against the run of play in the 18th minute through Marcus Rashford.

The 21-year old was brought down in the box by Kurt Zouma after breaking loose in the box on the counter. The fleetfooted wing forward dispatched the spotkick to hand the Red Devils a 1-0 lead.

It was all Chelsea onward as the unlucky Blues dominated United’s midfield and kept creating chances. Emerson Palmieri hit the bar with a fierce shot at the back post, while Jorginho and Ross Barkley were both thwarted by De Gea who preserved the home side’s lead at the interval.

Ole Gunnar Solskjaer’s boys would improve in the second half and on the hour, scored two goals in two minutes to seal the game 3-0 on the counter.

Andreas Pereira’s cross was converted by Anthony Martial from three yards, while Pogba’s exquisite ball over the top freed Rashford who finished with aplomb for his second goal of the game.

Man United would put the icing on the cake with a fourth goal from £15 million new signing, James. From another counter-attack, Martial freed Pogba behind Chelsea’s leaky defence, and the Frenchman laid it off for 19-year old James to finish off the move with a deflected strike.

In other games, the top two from last season, Manchester City and Liverpool both thrashed opponents, West Ham and Norwich City respectively.

In a game dominated by the VAR system newly introduced to the league this season, one of Sterling’s goals was chalked off for an arm on the wrong side of the offside line, while Sergio Aguero’s saved penalty was retaken- and he scored- due to VAR penalising a West Ham player for encroaching the area as Aguero dispatched the missed penalty.

Liverpool, second last season, could only score four in their own opener, with goals from Mohammed Salah and Roberto Firmino helping the UCL winners to a 4-1 win at Anfield Stadium.

SUPER EAGLES EPL WATCH
Wilfred Ndidi played all 90 minutes as his Leicester City team was held to a 0-0 draw by Wolverhampton Wanderers at home.

His Nigeria teammate, Kelechi Iheanacho, was however rooted to the bench for 90 minutes.

It was a worse situation for Leon Balogun at Brighton and Hove Albion, the central defender was not in the 18-man team that thrashed 3-0 win at Watford.

Isaac Success was, however, a 75th-minute substitute in the game but the sturdy winger could not salvage the game for the Hornets who were picked apart by the Seagulls of Brighton.

At Everton, new £40 million signing, Alex Iwobi, was not listed for the 0-0 draw against Crystal Palace following his last-minute deadline day move from Arsenal.