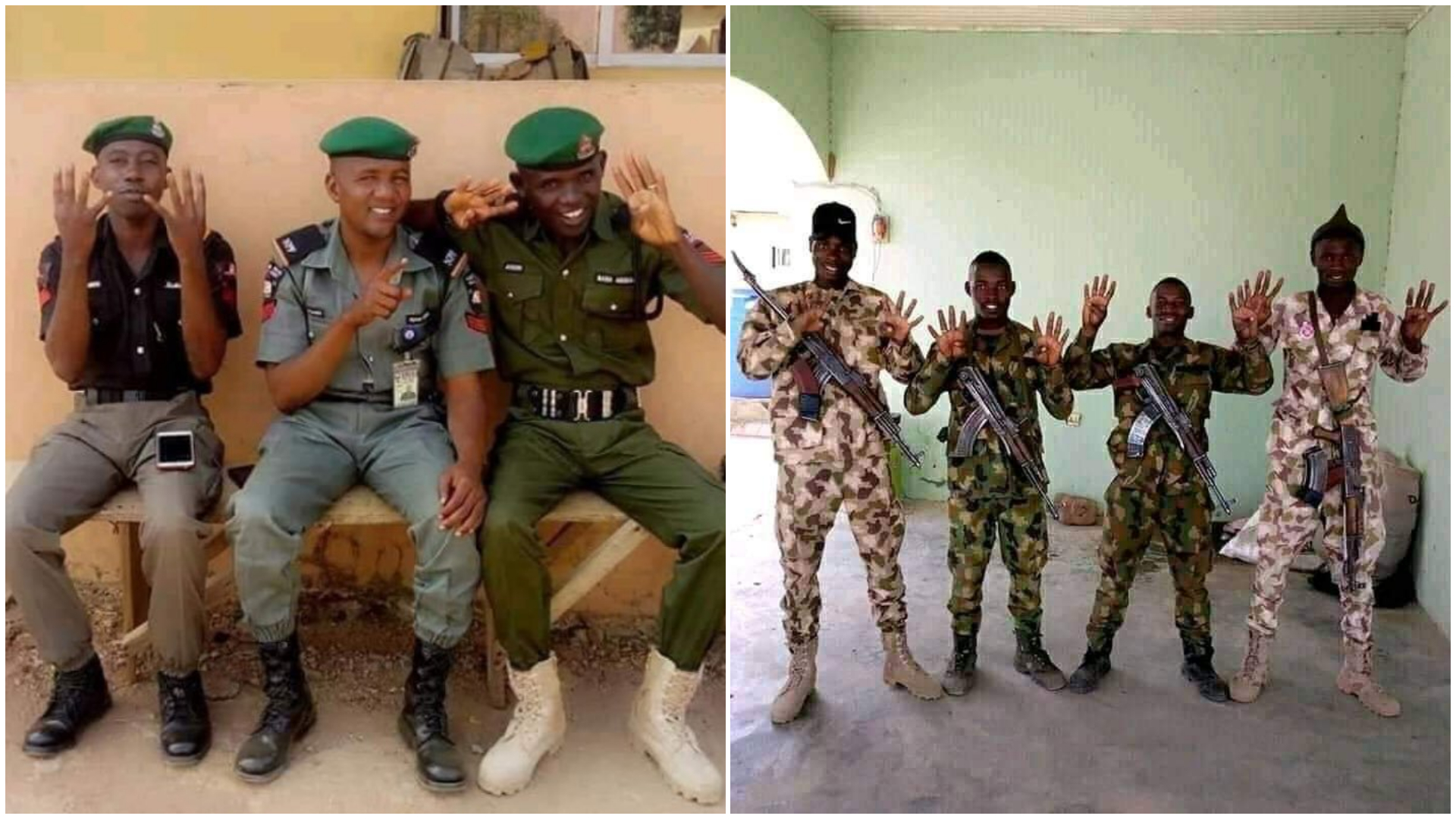 The Nigerian Army and the Police Force say they are investigating photos showing personnel signalling support for President Muhammadu Buhari.

A photo of three men in police uniform, two of whom were using their fingers to signal four more years for the President first made the rounds followed by another photo showing four men in military uniform doing the same thing.

In response to a tweet about the photo, the Police tweeted, “The IGP M.A Adamu has charged the Digital and Forensic Unit of @PoliceNG to investigate the authenticity of this photo, to ascertain whether it’s real or photo-shopped. The outcome of the investigation and appropriate actions will be made known to the public.”

In a short statement, he said, “The Defence Headquarters wishes to dissociate itself from the pictures of the four armed men dressed in military camouflage doing a 4-by-4 fingers sign connoting a campaign symbol of a political party.

“The Armed Forces of Nigeria is apolitical and remains apolitical. The pictures are being investigated to ascertain the true identity of the men in the photograph. If it is found out that they are military personnel, they will be sanctioned according to extant rules and regulations.”

The Director of Army Public Relations, Colonel Sagir Musa, also said the Chief of Army Staff, Lt. General, Tukur Buratai, has ordered that the photos should be investigated.