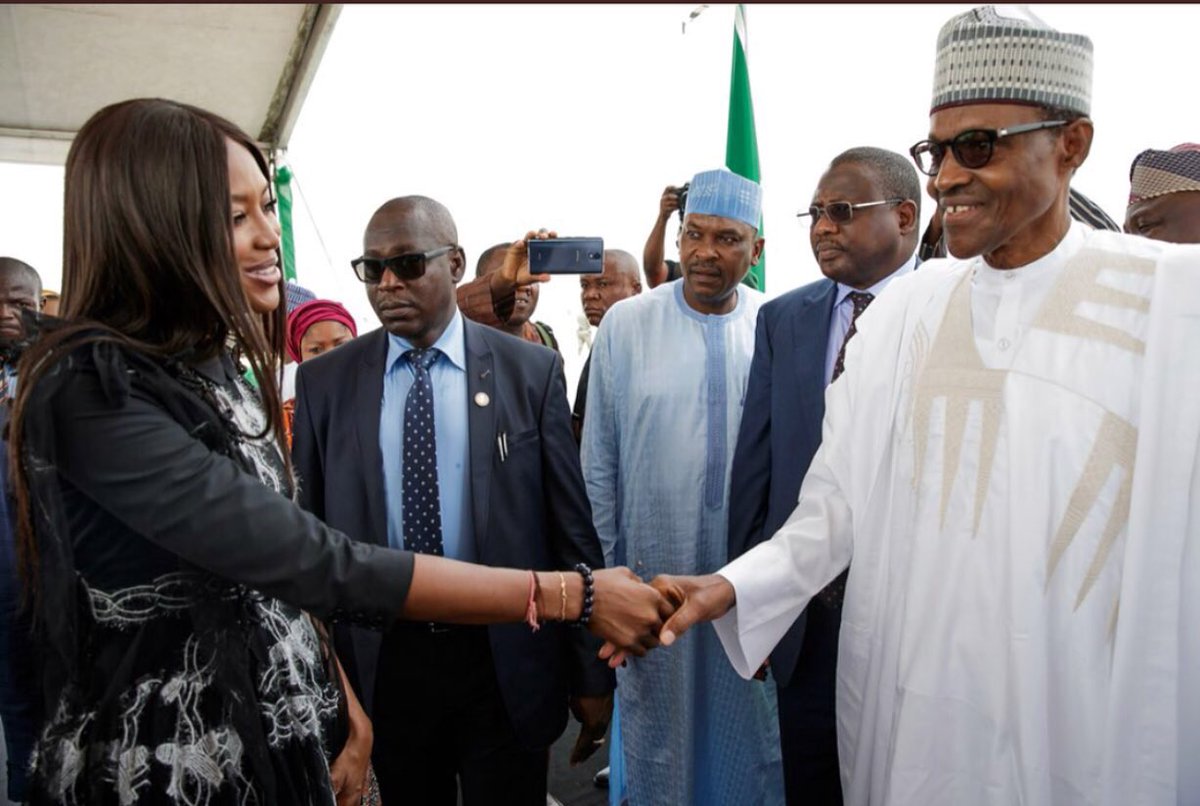 A fresh PR crisis may be brewing for the Muhammadu Buhari administration as renowned super model, Naomi Campbell has claimed that she was at the launch of the Eko Atlantic at the request of President Muhammadu Buhari, prompting a swift denial by the Nigerian presidency.

Campbell shared several photos of her at the event with Buhari and tweeted: “Was a pleasure to be invited by His Excellency The President of The Federal Republic of Nigeria, Muhammadu Buhari to the private launch of Eko Atlantic. ♥️ @NGRPresident @MBuhari.” In a hurried denial by the Nigerian Presidency, Personal Assistant to President Buhari on New Media, Bashir Ahmad said that Campbell “bumped” into her principal and requested to take pictures.

“For the sake of clarity, President @MBuhari didn’t invite Ms. Naomi Campbell to any event during his 2-day visit to Lagos State. They only met at the Eko Atlantic City while Mr. President was touring the project, and she requested to take photos with him,” Ahmaad tweeted.

For the sake of clarity, President @MBuhari didn’t invite Ms. Naomi Campbell to any event during his 2-day visit to Lagos State. They only met at the Eko Atlantic City while Mr. President was touring the project, and she requested to take photos with him.

Following the tweet from Ahmad’s handle, Ms. Campbell was ‘forced’ to delete her initial tweet and posted a new one claiming she only met President Buhari.

In recent years, Campbell has been rumoured to be dating Kola Aluko, a Nigerian oil dealer currently on the run for alleged fraud, raising concerns about President Buhari’s anti-corruption mantra in the wake of the photo ops with Ms. Campbell.

Only last week, world-renowned billionaire, Bill Gates publicly rubbished the Buhari administration’s economic blueprint, noting that it does not serve the needs of Nigerians.