Lawyers under the aegis of Nigeria Bar Association (NBA) have threatened to drag the Federal Government to court over persistent disrespect for  judicial decisions, accusing the government of downplaying the defined role of the judiciary in Nigeria’s   democratic   arrangement.

National President of the  association, Mr Abubakar Mahmud, disclosed this in his welcome address at the 2018 NBA National Executive  Committee (NEC) meeting,  held at the  Kano State Government House.

According to him, the Bar may  be compelled to resort to legal action to redirect the reprehensible attitude of the Federal Government, which  he said was undisputedly  enmeshed   in the  act of technical disrespect of judicial verdicts.

Mahmud fumed at the executive arm of government  for allegedly been lackadaisical and unrepentant  in its recalcitrance response to court injunctions.

He averred that the Bar would continue to advocate for the interest of the down-trodden and relentlessly pursue the nurturing of democratic values in Nigeria, lamenting the prevailing face-off between the National Assembly and the Executive  which resulted into delay in passage of the 2018 budget, just as he decried lack of synergy among agencies of governments. 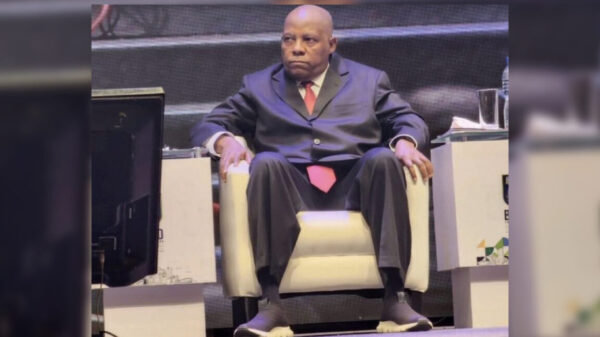 Shettima Explains Why He Wore Sneakers on Suit to NBA Conference

Senator Kashim Shettima, Vice-Presidential candidate of the All Progressives Congress (APC), has broken his silence on the controversy which trailed his dressing to the...

The Nigerian Bar Association (NBA) has slammed Ebonyi State Governor Dave Umahi for refusing to obey a court order which has asked him to...