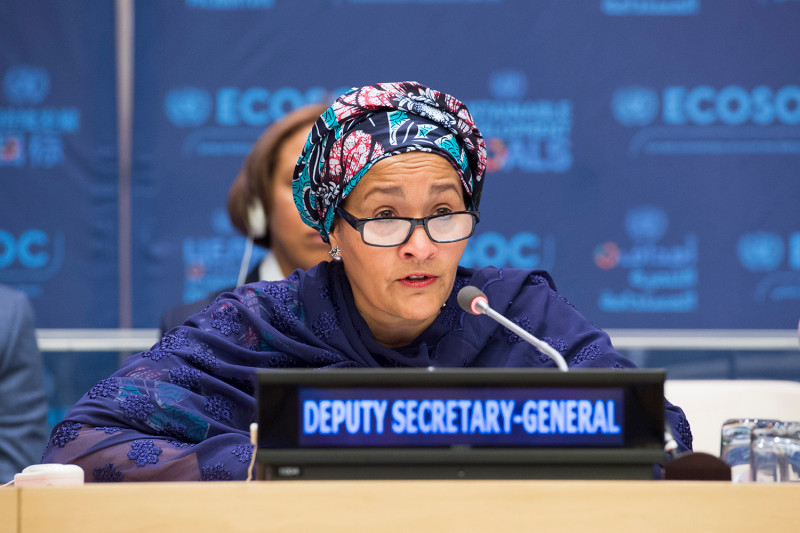 United Nations Deputy Secretary-General, Amina Mohammed, has said that Nigeria is still the best country in the world despite numerous challenges confronting its people.

The UN chief admitted that successive governments in the most populous African nation have failed at one time or the other, but insisted that all hope was not lost to restore the country.

She charged Nigerian youths to desist from condemning the country, adding that other nations cannot afford to accomodate 240 million Nigerians.

Ms Mohammed said this at an event organised by the Baze University, Abuja over the weekend, according to a statement signed by the UN National Information Officer in Nigeria, Oluseyi Soremekun.

“You have got education, you have the tools, and you have a huge future ahead of you, and you are condemning yourself before you start on that journey. Do not do that! Be proud of Nigeria, your country; do not condemn her and do not lose hope.

“If you will your country that way, that’s the direction it will go. Even if it is not so good, you need to will it to succeed, because the success of this country is yours. If you fail, we will have conflict after conflict.

“If you think Nigeria is worse than better, then how are you going to turn it around? If you do not want to build this nation, I do not know where you want to go. I can assure you the world is not ready to take 240 million Nigerians. Therefore, let’s think about how to salvage it together,” she said.

Ms Mohammed went on to advise youths to participate in building the country, and stop blaming the Nigerian governments and its agencies. She appealed to them to embark on a sacrifice that will channel the country on the right path.

“Whilst I agree that the potential of this country has not been fully met by successive governments, but I disagree with the view that there is no hope; I disagree with total condemnation of Nigeria. Nigeria is a great country and the best on earth.

“Young people must get involved. There is no reason to throw stones at any institution of government unless you are willing to get into that government and do something about it. It might take you a lifetime, but it does require people to make the sacrifice. If enough of us are pushing in the right direction, there will be a big difference,” Ms Mohammed added.