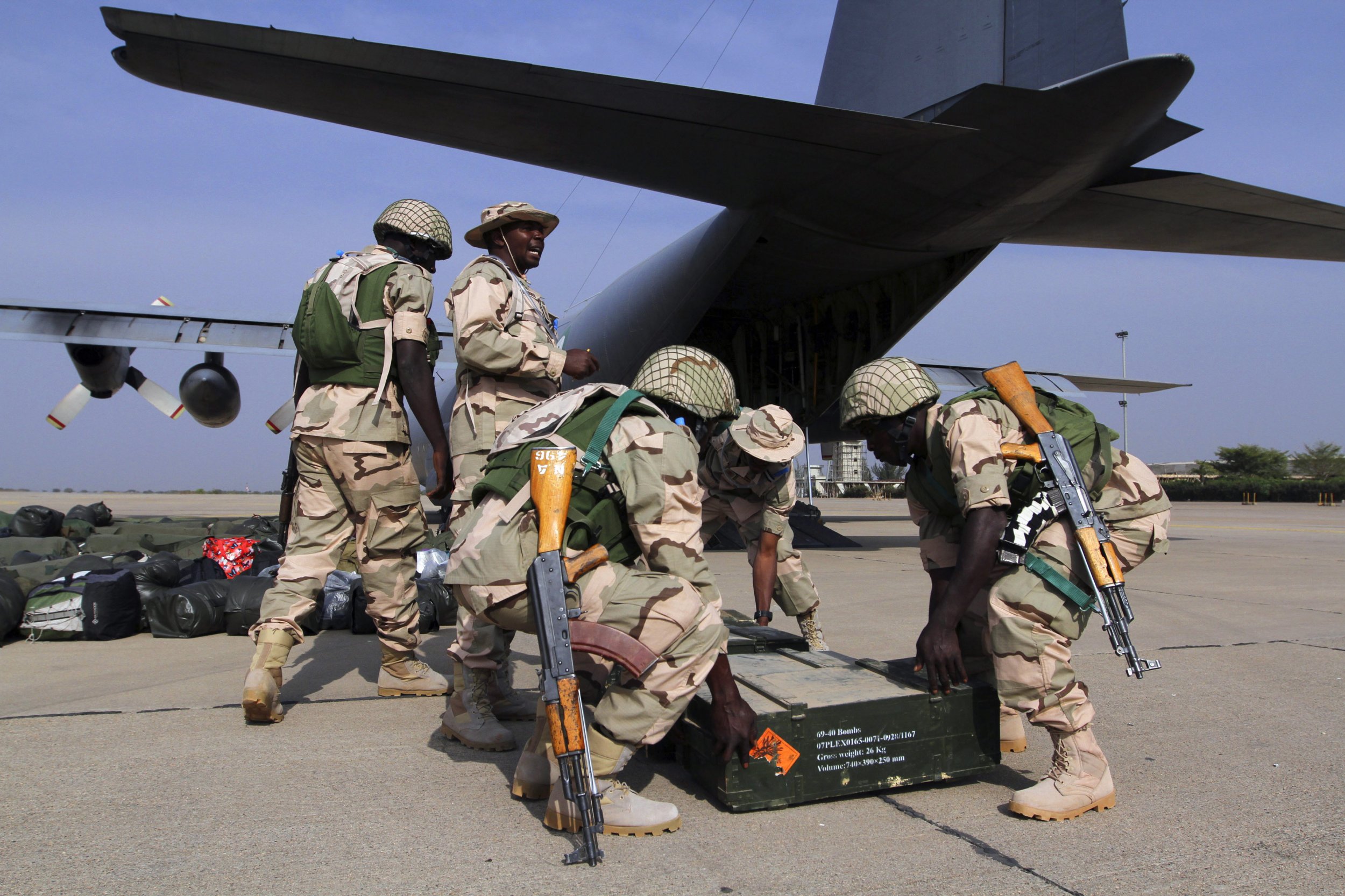 The Nigerian Air Force said on Monday that scores of Boko Haram terrorists have been killed through air strikes at Yuwe area of Borno State.

Its spokesman, Air Commodore Ibikunle Daramola, said in a statement that the strikes were conducted following credible intelligence reports on the activities of the terrorists in the area.

“The air raid was executed in continuation of Operation GREEN SWEEP 3 after credible Human Intelligence (HUMINT) reports, which were also corroborated by series of Intelligence Surveillance and Reconnaissance (ISR) missions, established that the settlement was being used as a hideout for the BHTs.

“The ATF, therefore, detailed 2 Alpha Jets and an L-39ZA aircraft to attack the target area.

“As the aircraft arrived overhead the target area, several BHTs were seen attempting to flee while many others concealed themselves in the structures and dense vegetation of the area.

“The jets took turns attacking the target, scoring crucial hits on the hideout leading to the neutralisation of several BHT fighters.”

The Multinational Joint Task Force (MNJTF) also announced yesterday that it launched heavy and well-coordinated attacks against Boko Haram terrorists at the fringes of Lake Chad, killing several of them in the attacks.

Its spokesman, Col. Timothy Antigha, who announced this, said the attacks were launched through air interdictions and by ground troops.

Col. Antigha said in a statement that several of the terrorists’ equipment, weapons and logistics were destroyed.

Col. Antigha said: “ISWAP terrorists and equipment, including weapons, ammunition and logistics, were destroyed in Tumbum Rego over the weekend.

“Air interdictions conducted by MNJTF and national Air Task Forces successfully attacked and killed several fighters and knocked out equipment on Saturday, 30 August, as they prepared to launch an offensive on troops’ location.

“Battle damage assessment has indicated that the air interdiction had a devastating impact, as pockets of ISWAP build up and logistics hidden under trees in Tumbum Rego have been in ruined.

“In a related development, ISWAP assets in Mallam Zuberu and Alagarno were also targeted and neutralised. Similarly, improvised explosive devices planted by ISWAP operatives in Layi Koura area of Nguigmi in Niger Republic was discovered and defused by troops.”

It would be recalled that in the past couple of weeks, ISWAP suicide bombers struck in Kaiga-Kindjiria; a rural community in the Republic of Chad as well as Gubio in Borno State, in an effort by the insurgents to revamp their dream of establishing a caliphate in parts of Northern Nigeria and other areas of the Lake Chad Basin.

“This blow by the MNJTF will further plunge the leadership and followership of ISWAP into more despair,” the statement said.