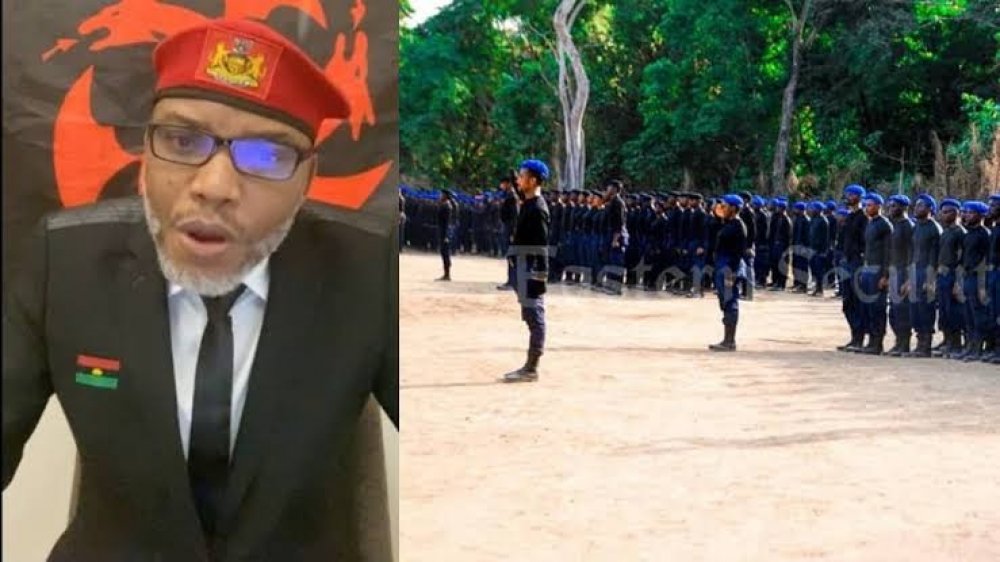 On 30 May 2016, about one thousand women, men and children peacefully marching to commemorate the killing of roughly 2million Biafrans between 1967-1970 by Nigerian security forces (the army and police) were on the receiving end of a terrible, inhumane terrorist blitzkrieg by Nigerian Security Forces; under the malefic orders of the Commander-in-Chief of the Federal Armed Forces General Buhari, Nigeria’s current president.

On that day and the day before it, a report by Amnesty International confirms that no less than sixty of those peaceful Biafran commemorators were shot and killed, and at least seventy of them injured as a result of the attacks on those two days alone. Among those who died, the report narrates, was a man who had phoned his wife minutes before the bullet lodged in his abdomen was followed by merciless gunshots from Nigerian soldiers to ensure his coup de grâce. His wife was still on the phone when the Nigerian army brutally ended his life. Six others in that army truck were simply extrajudicially killed. The 2016 report by Amnesty International estimates that at least one hundred and fifty pro-Biafra activists were slaughtered by Nigerian security forces between August 2015 and August 2016.

To understand the weight of that massacre, we can take a quick look at England and Wales – where the number of fatal shootings during contact with the police between 2007 and 2018 was twenty-four in all. That’s six times the number of Biafran activists killed by Nigerian security forces in two days, simply for commemorating those that the Nigerian state has refused to remember.

In September 2017, a senseless joint raid by the Nigerian army and police descended upon the palace of the traditional ruler of Afaraukwu, Eze Israel Kanu – also Nnamdi Kanu’s father, killed five people and injured about thirty in the process. Those who have not forgotten the video clips that emerged online from that incident would recall how dishevelled the military and police left the place, allegedly in search of Kanu, who would later lose his mother to the shock she suffered from that invasion. At the time, the Indigenous People of Biafra (IPOB) was simply a non-violent secessionist group with a leader perceived by many as a demagogue.

Again to understand the weight of that incident, let’s return to the UK where Nicola Sturgeon, First Minister of Scotland, has told British Prime Minister Boris Johnson that another referendum on Scotland’s secession from the UK is a matter of “when – not if”. Nobody – neither Britain’s Prime Minister nor Queen Elizabeth II – has ordered the invasion of her home or the traumatization of her parents. That is a society where mad people are not in leadership positions as we have them in Nigeria.

When Buhari exhausted his list of fabrications for the deliberate killings and human rights violations of IPOB members, he then went berserk and proscribed the group, designating it a terrorist organization whilst at the same time, more or less patting the actual terrorists – Fulani herders, on the back as “bandits” who deserved reintegration into the society. When Pythons were dancing in the South East, no reptile was dancing in the North West and North Central — yet herders were raping and killing innocent civilians mindlessly. This background, though non-exhaustive, is necessary for us to understand how the Eastern Security Network (ESN) came to be.

According to Nnamdi Kanu, leader of the IPOB, what led to the creation of the ESN were the endless incursions of Fulani herders, the indiscriminate raping of women and destruction of farmlands in the name of grazing in the South East and South-South; yet one cannot but recognize that there had always been enough reasons to create an ESN as a self-defence mechanism for IPOB members.

The sovereignty of a state does not and cannot legitimize its wanton use of violence against its own people. Peace is not a zero-sum pledge; it’s a commitment that involves more than one party. Buhari is not interested in peace and conflict resolution, except when it is about his Fulani tribe. If he were, he would have followed that path instead of unprovoked violence against IPOB.

The emergence of the ESN became necessary the day Buhari declared war on IPOB and none on Fulani herders. ESN is not the terrorist here – it kills no innocent civilians; the only terrorist in this snafu is the Nigerian state led by Buhari. Every action that Buhari takes as Nigerian president imposes a moral responsibility on us as citizens of Nigeria. Buhari has no justification for his aerial and ground raids on innocent civilians living in the South East under the guise of ending the ESN. Our duty as citizens is to let the state know whenever it goes wrong or diverges from the social contract that legitimized its emergence.

No Nigerian signed a contract of human rights violations and enforced disappearances; unprovoked killings of hundreds of Shia Muslims and burial in mass graves; unlawful detention and unscrupulous raids on homes of judges, activists and government critics; the wanton killings of EndSARS protesters; or other such nefarious things Buhari has done as president of Nigeria — so it makes no sense, that a group impelled to emerge for the survival of its democratically-guaranteed interest is called a terrorist, but the real terrorist gets to hide behind the veil of sovereignty.

The Nigeria that Buhari desperately desires is one in which all Nigerians practice fatalism. The day we all become fatalists in the face of the mighty oppression and injustice happening under Buhari’s regime is the day we stop being free. The news mediums reporting ESN as a terrorist group are doing a great disservice to the Nigerian people: they are imposing on Nigerians a state of subservience to a terrorist state; they are reporting injustice with the language of an oppressive state; telling Nigerians to be weak, that defying oppression and injustice by the state means terrorism; they are telling Nigerians to not be free, that freedom means being targeted and killed by the Nigerian state. But I reject that. We cannot be free and not be free.

Adebayo Raphael is a Writer and Human Rights Activist. He can be reached via Asorosobioro@gmail.com.