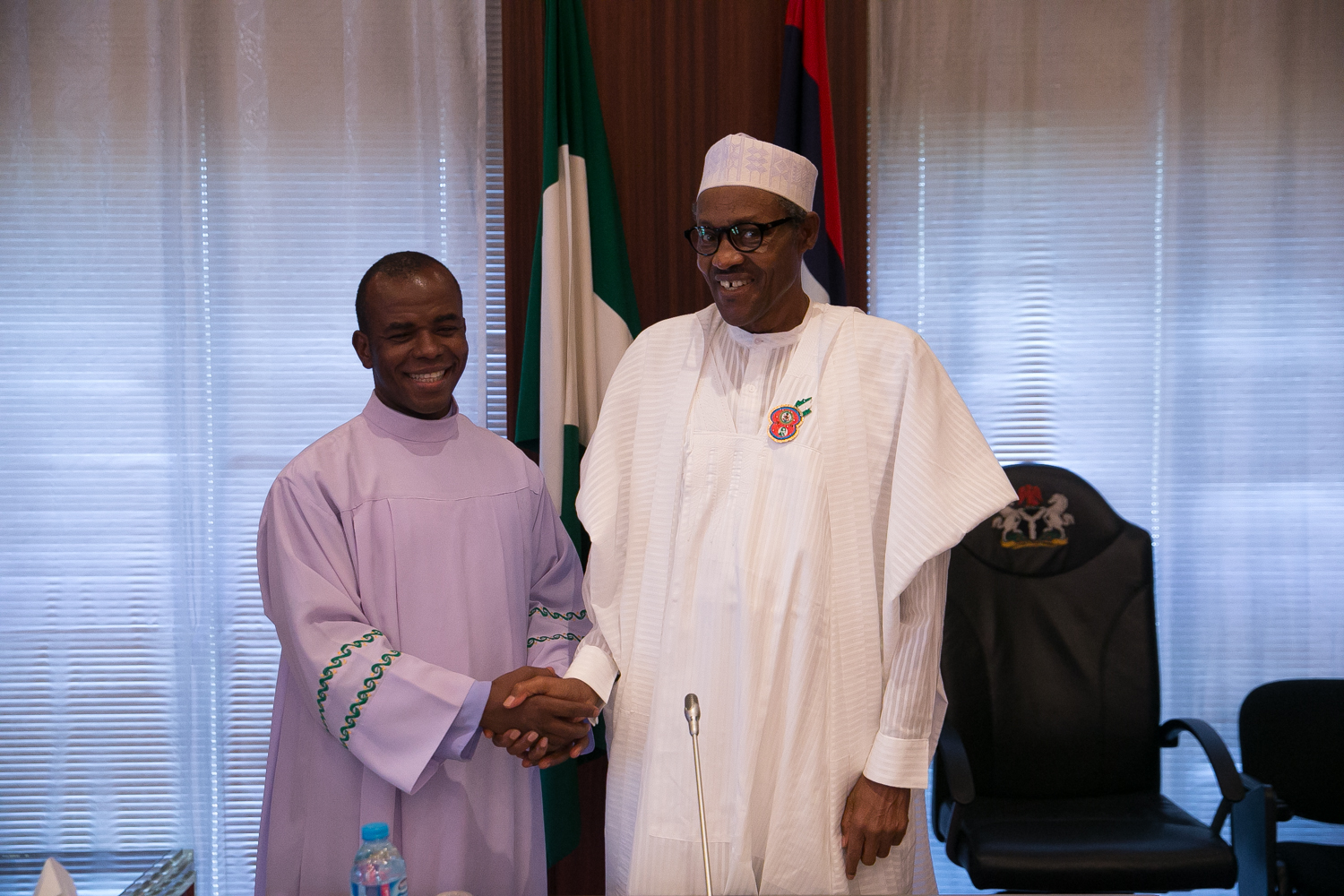 In a statement signed jointly by the National Coordinator Comrade Emmanuel Onwubiko and the National Media affairs Director Miss Zainab Yusuf, the group asked asked the Catholic Bishops Conference (CBCN) to sanction Rev. Father Mbaka within 21 days for abandoning his sacred vocation and deviating into the mundane roadside career of politics while he hid under the canopy of his priestly vocation, failing which he will be dragged to the Holy Father Pope Francis.

Mbaka, Founder, Adoration Ministries Enugu Nigeria (AMEN), had during his New Year Prophetic Message at Adoration Ground, where thousands of faithful converged for supplication on January 1, 2016, urged President Muhammadu Buhari to be on his guard, prophesying that alleged beneficiaries of massive corruption perpetrated during ex-President Goodluck Jonathan’s administration would plot to kill him.

“Mbaka should cover his face in shame for displaying gross ignorance of the workings of the democratic and law based tenets and provisions of the constitution which deems suspects brought before the court of competent jurisdiction as totally innocent in the eye of the law until contrary determination is made by the Court in line with due process of the law.

“Is Fr Mbaka a judge who has passed presiding over cases of alleged graft involving any immediate past political office holder and adjudged them guilty of corrupt practices? Is Fr Mbaka unaware that as the Commander-in-Chief of the Nigerian Armed Forces that President Muhammadu Buhari is the most protected citizen in Nigeria now with hundreds of well armed and highly trained professional guards drawn from the Nigerian Military and the Secret Police headed by President Muhammadu Buhari’s kinsman?

“Is Fr Mbaka unaware that Nigeria under President Muhammadu Buhari is waging a counter-terror war and that the armed Islamists have vowed in several media recordings to kill not just the Commander in chief but officials of government? This Mbaka’s whitewash must be consigned to the dustbins without further delay,” HURIWA said.